Commander: US military can’t conduct amphibious operations in the Pacific 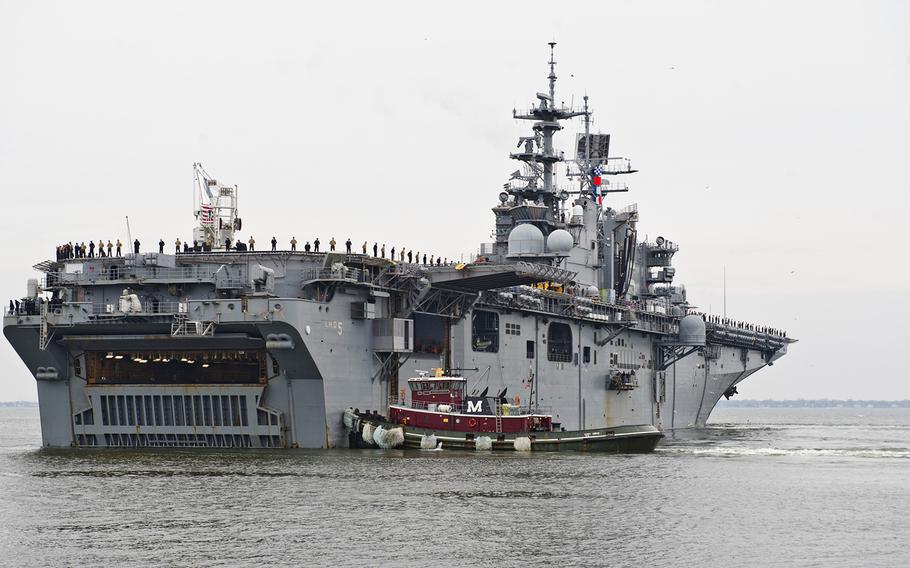 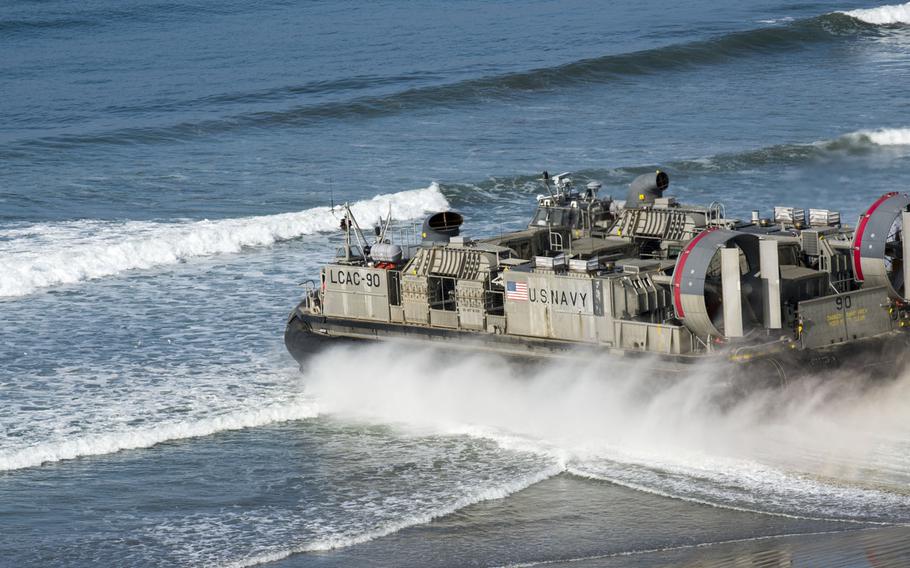 A Landing Craft Air Cushion 90 carries heavy vehicles and troops to a designated landing beach as part of Exercise Iron Fist on Feb. 19, 2014 in California. The Japanese military, which worked alongside the U.S. Marine Corps during the exercise, is trying to establish full-scale amphibious operational capability. (Eric Coffer/U.S. Navy)

WASHINGTON — The Navy and Marines do not have enough assets to carry out a contested amphibious operation in the Pacific if a crisis arises, the top commander of U.S. forces in the region told lawmakers Tuesday.

As the war in Afghanistan winds down, Marine Corps leaders want the service to return to its roots of being a force that can attack enemies from the sea, as the Marines did frequently during World War II. But Adm. Samuel Locklear III, commander of U.S. Pacific Command, told the Senate Armed Services Committee that the capability does not presently exist in his area of responsibility.

“We have had a good return of our Marines back to the Asia-Pacific, particularly as the activities in the Middle East wind down in Afghanistan … But the reality is, is that to get Marines around effectively, they require all types of lift. They require the big amphibious ships, but they also require connectors (meaning landing craft landing craft and other amphibious vehicles). The lift is the enabler that makes that happen, so we wouldn’t be able to [successfully carry out a contested amphibious assault without additional resources].”

His remarks come at a time when there are growing concerns in Japan and elsewhere that China might try occupy the Senkaku Islands in the East China Sea. The islands are under Japanese administrative control, but China has claimed sovereignty over them. The Obama administration has said that the Senkakus fall under America’s defense treaty with Japan, which would require the U.S. military to come to the aid of Japan in the event of an attack on Japanese territory by China or any other country. Last year, the Marines and Japanese Self-Defense Forces conducted a large-scale amphibious warfare training exercise off San Clemente Island, Calif.

There are four amphibious ready groups in San Diego and one in Sasebo, Japan. Locklear said he has requested additional amphibious lift capabilities from the Pentagon, and that request is under consideration, he told members of Congress.

“I’m not the only combatant commander that desires amphibious shipping or the Marines that are on them. So there is a global competition among us as the world situation kind of moves around. [And] the global demand signal today is … greater than what we can resource,” he said.

He told lawmakers he sometimes must send amphibious forces that he has trained and maintained to commanders in the Middle East and Europe. Going forward, he believes that the Pacific should be given highest priority when it comes to amphibious capabilities.

“In the Pacific though, it is my view that as the Marines come back that we should optimize the capability of the Marines in the — particularly in the area west of the [international] dateline. And to do that we have to have adequate amphibious lift,” he said.

During the same hearing, Army Gen. Curtis Scaparrotti, the commander of U.N. and U.S. forces in Korea, raised doubts about his ability to effectively counter a large-scale North Korean attack.

“I am concerned about the readiness of the follow-on forces in our theater. Given the indications and warnings and the nature of this theater and the threat that we face, I rely on rapid and ready forces to flow into the peninsula in crisis.”

Scaparrotti agreed with the statement that low readiness among forces stationed outside Korea would cause a delay in the buildup of combat power, allow the enemy more time to build his defenses, and likely prolong combat operations and lead to more American casualties in the event of a Korea contingency.