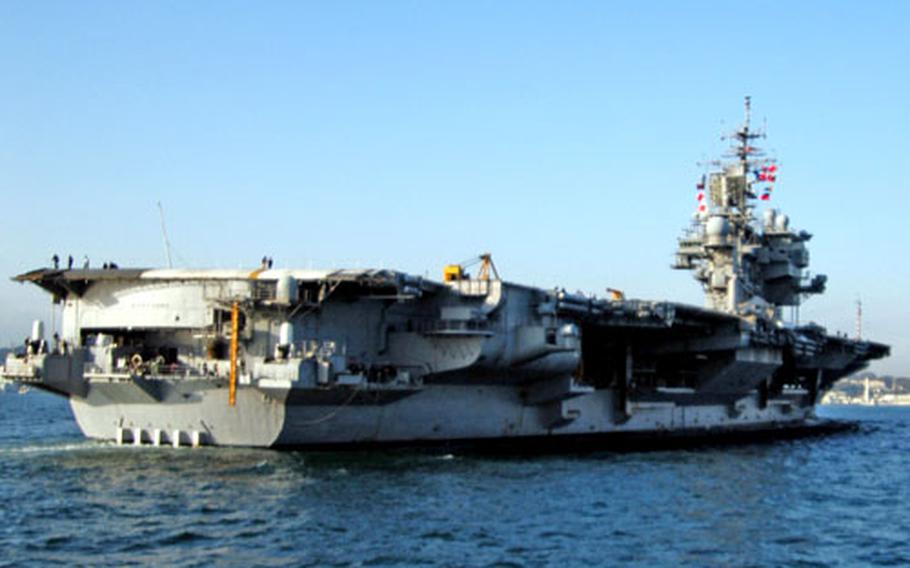 The USS Kitty Hawk returned to Yokosuka Naval Base, Japan, on Monday after seven weeks at sea. (Allison Batdorff / S&S)

The USS Kitty Hawk returned to Yokosuka Naval Base, Japan, on Monday after seven weeks at sea. (Allison Batdorff / S&S) 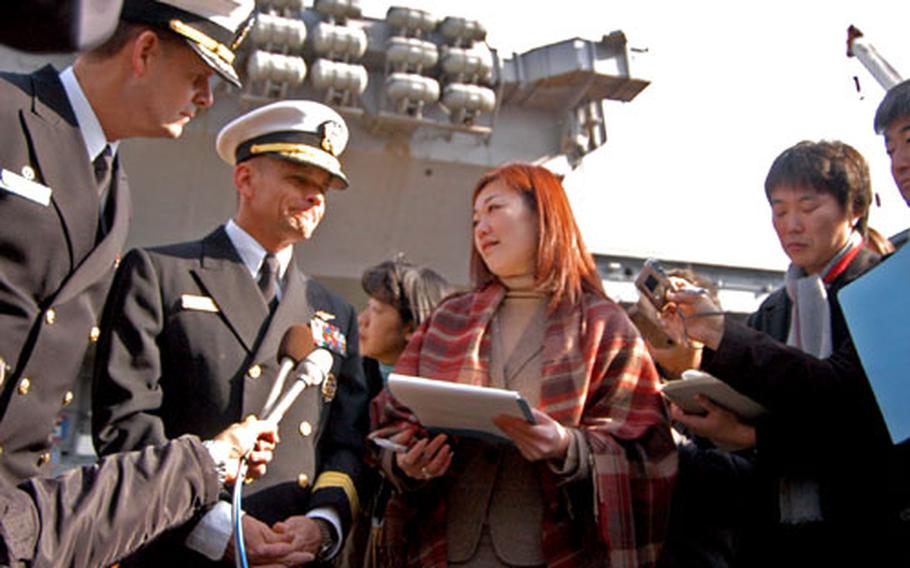 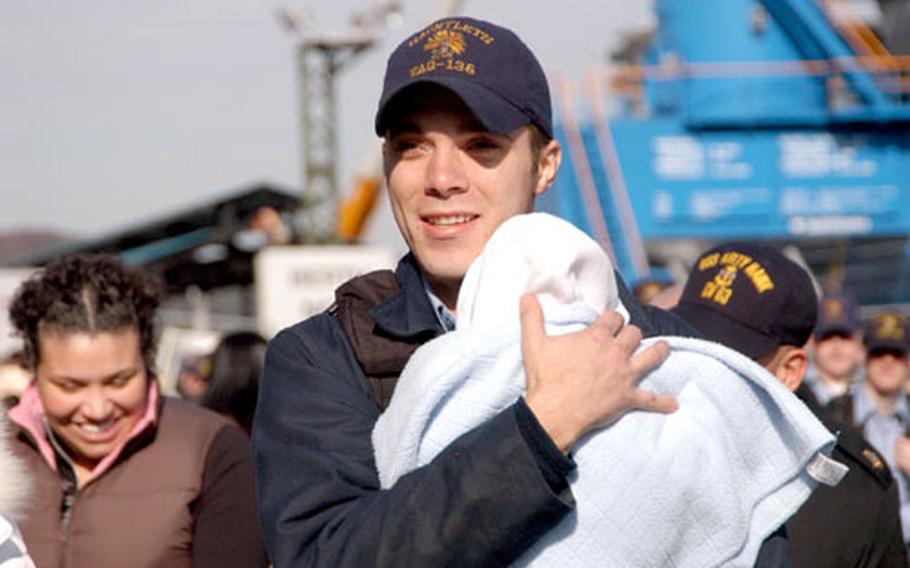 Happy reunions were made after the USS Kitty Hawk’s return from its seven-week underway period. (Allison Batdorff / S&S)

Officials made the case for a nuclear-propelled aircraft carrier after the Kitty Hawk pulled into port at Yokosuka Naval Base on Monday.

Rear Adm. Doug McClain likened the 44-year-old ship to a car in a news conference with Japanese media.

&#8220;You can only keep an automobile functioning perfectly for so many years,&#8221; said McClain, commander of Carrier Strike Group 5. &#8220;We&#8217;ve never kept a ship as long as the Kitty Hawk, and with that comes increased risk. We don&#8217;t know how long the components can last. Also the cost of repair and maintaining Kitty Hawk has gone up exponentially.&#8221;

The recent naming of Kitty Hawk&#8217;s nuclear-propelled replacement &#8212; the Nimitz-class USS George Washington &#8212; came while the ship was under way for an annual exercise with the Japanese Maritime Self-Defense Force and a four-day port visit to Hong Kong.

&#8220;To cut to the chase, the George Washington and the Nimitz-class carriers are the safest ships the U.S. Navy has ever built,&#8221; McClain said.

Between now and the Kitty Hawk&#8217;s scheduled decommissioning in 2008, the carrier will see a lot of use, said Kitty Hawk Commanding Officer Capt. Ed McNamee.

Kitty Hawk is going into a three-month repair and maintenance period.

The ship will likely get under way again this spring, McNamee said.