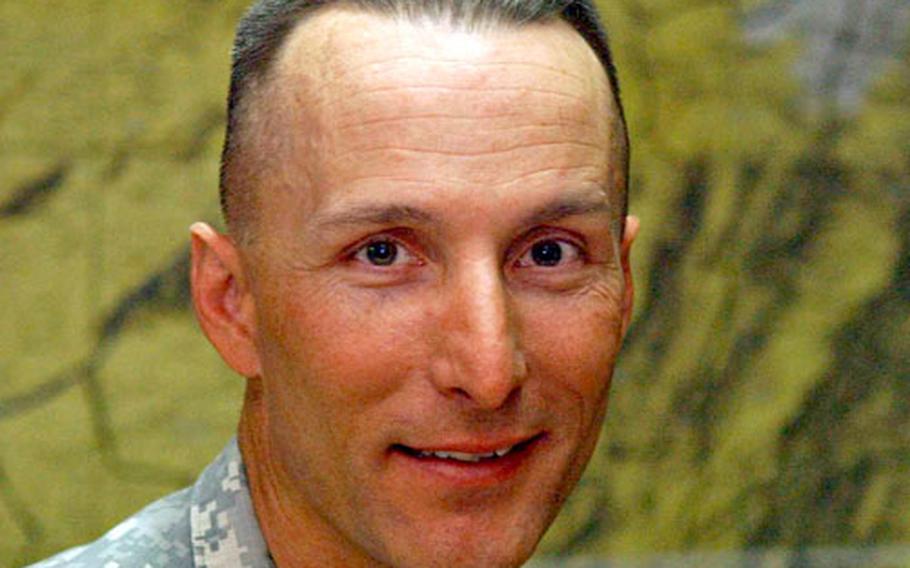 The province shares a porous border with Pakistan, where the Taliban have set up bases.

But Toner&#8217;s not worried about succeeding, despite what history says. In his study of wars of insurgency, he said, &#8220;In the overall majority, the insurgency wins.&#8221;

But Afghanistan will be among the minority, predicted Toner, who commands some 800 soldiers in the 2nd Battalion of the 87th Infantry Regiment, and as commander of Task Force Catamount, another 230 troops.

The reason, he said, is because U.S. forces, along with the new Afghan armed forces and government, will provide the Afghan people with projects and public works they need and &#8220;separate the enemy from the people.&#8221;

Toner, on his first combat tour, is nothing if not enthusiastic. He says the 35-year-old governor of Paktika province, who&#8217;s been in office six months, is &#8220;unique, very successful&#8221; and a charismatic speaker who engages the population. He calls the governor and Afghan army generals &#8220;the equivalent of our founding fathers.&#8221;

In statements that mirror those of many U.S. officers expecting years of continued fighting in Afghanistan or Iraq, he says that clashes with the Taliban have increased because coalition and NATO forces have gone where no lawful authority has been before, and because the Taliban, which took a few years to regroup, is upset by Afghanistan&#8217;s progress.