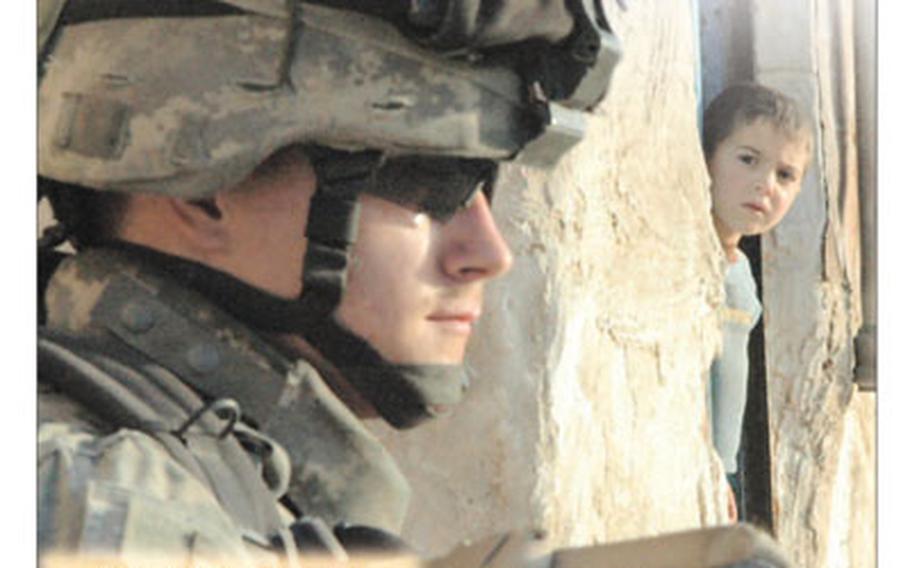 The soldiers began their tour in and around Tal Afar, a city that largely had been pacified prior to their arrival. In late May, most of the brigade was ordered to Ramadi, one of the most volatile tracts of Iraq.

A task force, the 2nd Battalion, 35th Armor Regiment, worked in Tal Afar until heading down to Ramadi in October, while another task force, the 1st Battalion, 36th Infantry Regiment, took up positions in Hit, where they were successful in recruiting police and turning over large parts of the city to Iraqi control.

In September, the brigade was extended by 46 days. If everything works out right, all of the brigade&#8217;s troops should be home for Tuesday&#8217;s welcome home ceremony. Below are portions of the interview with MacFarland.

Q: Talk a little bit about the early part of your deployment in Tal Afar.A: We followed the 3rd Armored Cavalry Regiment and got there shortly before the president made his big speech about Tal Afar being a success story, which kind of had the effect of painting a bull&#8217;s-eye on the city for al-Qaida. They came back and tried to undermine some of the successes in the city, but they failed. Things continued to move forward.

The 3rd Cavalry had recruited and sent off a large number of police for training, so under our watch we actually stood up this police force and got up to about 1,700 police. We also transitioned almost all of the 3rd Iraqi Army Division to Iraqi control. Working with the local government, we stood up a very robust joint coordination center in the city of Tal Afar, built them a new library, a new city hall and really began moving forward on reconstruction.

Q: Did you or the soldiers think you&#8217;d spend the entire deployment in Tal Afar?A: I&#8217;m sure a lot of soldiers thought that. From the time that we deployed, we&#8217;d always seen this course of action that had us moving down to Ramadi at some point to replace the 2nd Brigade of the 28th Infantry Division, Pennsylvania National Guard, but that was only a course of action, and the final decision wasn&#8217;t made until the 11th hour to move us down to Ramadi.

So rather than consolidating a victory as we did in Tal Afar, in Ramadi our mission was to achieve a victory. We had to go over to the offense and defeat the enemy before we could even think about doing the types of things we were doing up in Tal Afar.

Q: What were some of the innovations your unit employed?A: The innovations that we employed were really not Earth-shatteringly original or brilliant or anything like that. What we really did was execute our doctrine. We found where the enemy was strongest and we attacked the enemy with intelligence-led operations, establishing combat outposts to deny the enemy any kind of safe haven. At the same time we were working tribal engagement. We were looking for opportunities to begin reconstruction in areas that were secured.

At the same time we were doing that, we were working with the Iraqi army as aggressively as possible to fight alongside us and accelerate their progress toward independence. We began an aggressive program to increase the size of the Iraqi police force, and that effort was intertwined with our tribal engagement, which was also intertwined with our governance and economics operation.

Q: What impact did the extension have on the soldiers initially, and then what was its impact on operations?A: Initially, the impact of the extension was negligible. We had not begun the process of redeployment. What it allowed us to do, because we had based our R&R leave program on a one-year deployment, we ended up with sort of a small surge of combat power toward the end of our tour there for the last couple of months, and we were able to really almost accelerate the tempo of our operations. And the extension allowed us to see a few things through to the conclusion, or at least initiate some new programs that we otherwise wouldn&#8217;t have had the chance to initiate. For instance, the Jan. 10 Ramadi reconstruction conference we were able to set up and run. That was something that only we could have done in that time frame. A new unit coming in wouldn&#8217;t have been able to get that going, but we had momentum and the contacts and the experience.

Q: Talk about the role of the sheiks and how your relationship with them started.A: When I was up in Tal Afar, I had a couple of go-to guys. Out west, we had a sheik who had influence on both the Iraqi and Syrian sides of the border. Then we had the mayor of Tal Afar, Mayor Najam, who was a stand-up guy. He was the guy I could turn to to pull people together and be a unifying force for the Iraqis. When I got to Ramadi I said, &#8220;Who is my Mayor Najam here?&#8221; Initially, there was none. One day, one of my commanders came to me &#8212; Lt. Col. Tony Deane, who commands 1-35 Armor down in Baumholder &#8212; and said, &#8220;There&#8217;s this guy you&#8217;ve really got to meet.&#8221; The day that I met with him was actually day one of the Awakening Movement, as they call it, the al-Anbar Awakening. [The sheiks&#8217;] 12-point plan read like something that we would have written for them if they had asked us to. And this was a grass-roots, democratic response to al-Qaida. They were sick of these terrorists living among them, and we seized on that and said OK, we&#8217;re going to support you to the hilt.

Shortly thereafter, caches started popping up like weeds, essentially disarming these tribal areas. When they say that you are my brother, and you are my brother for life, they really mean that. When I did lose two soldiers and a Marine in west Ramadi, which had become part of the Awakening Movement, it was taken as a personal attack on the Abu Alwan tribe. They felt they had been dishonored by this attack, and every single person responsible for that attack was killed or captured within about 10 days.

Q: What was the situation in Ramadi when you left?A: There&#8217;s still hard fighting to be done, but the decisive victory has already been won. The strange thing about a counterinsurgency is turning points don&#8217;t always come in one climactic battle that you can recognize at the time. But in retrospect, you can pinpoint a turning point down to the very day, and I say it was the 21st of August, 2006. That&#8217;s the day an influential sheik was killed by insurgents. That was the decisive miscalculation by al-Qaida that we were able to exploit and that will ultimately lead to the downfall of al-Qaida in al-Anbar province.