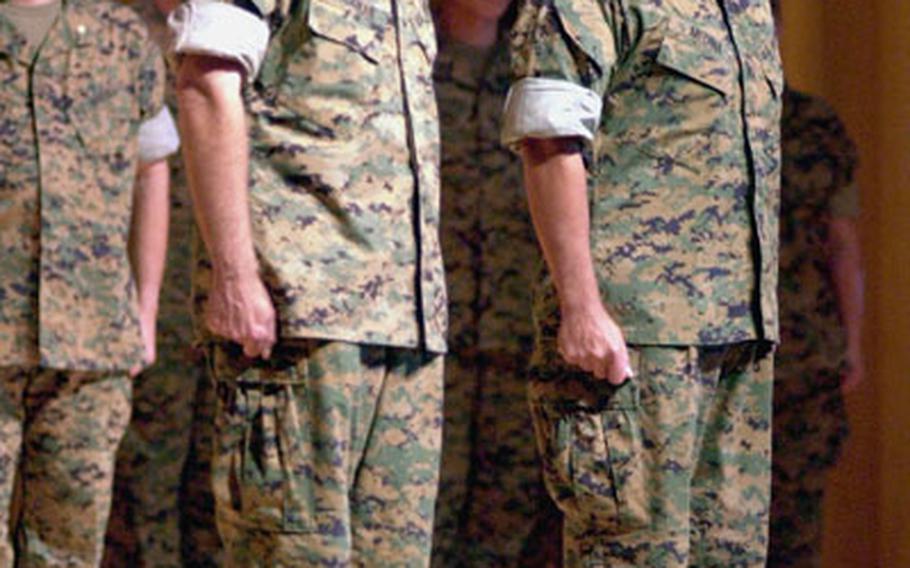 CAMP FOSTER, Okinawa &#8212; The commanding general of the III Marine Expeditionary Force and Marine Corps Bases Japan turned over his duties to two on-island brigadier generals during a Thursday evening ceremony at the base theater here.

During the ceremony, Blackman told Cowdrey and Medina he has &#8220;complete confidence&#8221; in them to lead the units.

Blackman said both his personal and professional experiences while on Okinawa have been rewarding. The highlight, he said, was using the capability of the &#8220;powerful&#8221; III MEF machine, designed &#8220;to cause death and destruction,&#8221; instead to save lives and provide humanitarian relief in Thailand, Indonesia and Sri Lanka after the Dec. 26, 2004, tsunamis. The operation, he said, demonstrated the value and power of a forward-deployed expeditionary force.

While he praised the unit&#8217;s capabilities, Blackman said the Marines and sailors on Okinawa have an obligation to be good and productive neighbors.