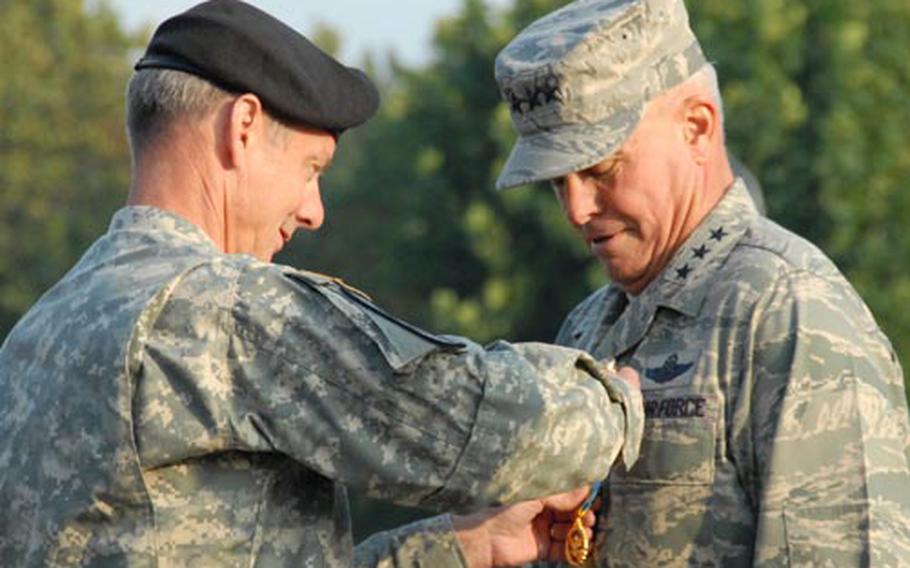 "You have more hats than I do," USFK commander Gen. Walter Sharp said as he listed Wood&#8217;s titles during a speech honoring the decorated pilot, who has flown a number of fighter jets, including the F-16.

Sharp said Wood has played a key role in mapping out the transition of operational wartime control from the United States to South Korea in 2012, and in returning 23 U.S. military bases to South Korea. He also helped make improvements in infrastructure and training within the Air Force bases in South Korea, and once sent letters of appreciation to the families of all airmen deployed to the country, Sharp said.

"Anyone who knows Stephen Wood one-on-one quickly realizes he is a leader who is geniunely concerned about the well-being of his airmen," he said. Wood&#8217;s change-of-command ceremony is scheduled for Nov. 24 at Osan Air Base.