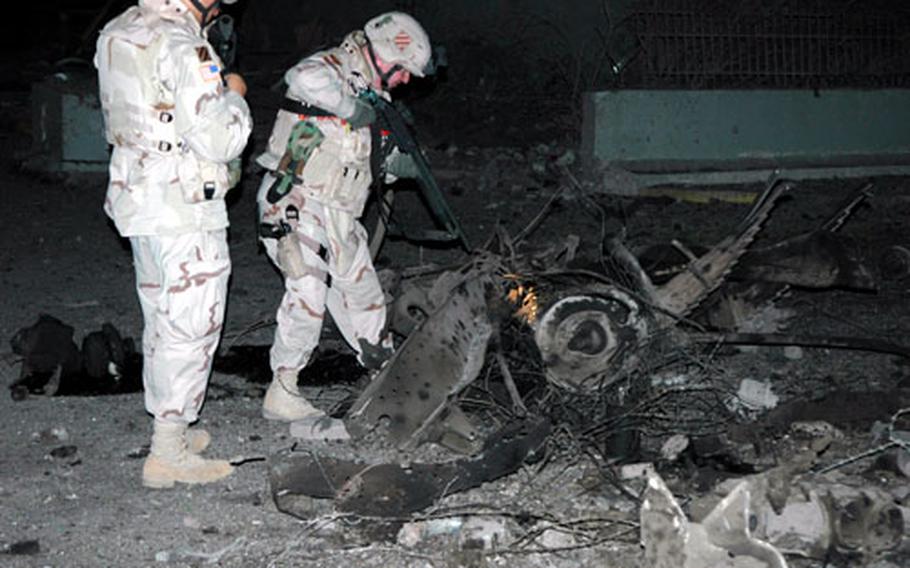 Soldiers examine the ruins of one of the vehicles used as a mobile bomb in Baghdad just hours after the attack on two hotels Monday night. (Anita Powell / S&S)

Soldiers examine the ruins of one of the vehicles used as a mobile bomb in Baghdad just hours after the attack on two hotels Monday night. (Anita Powell / S&S) 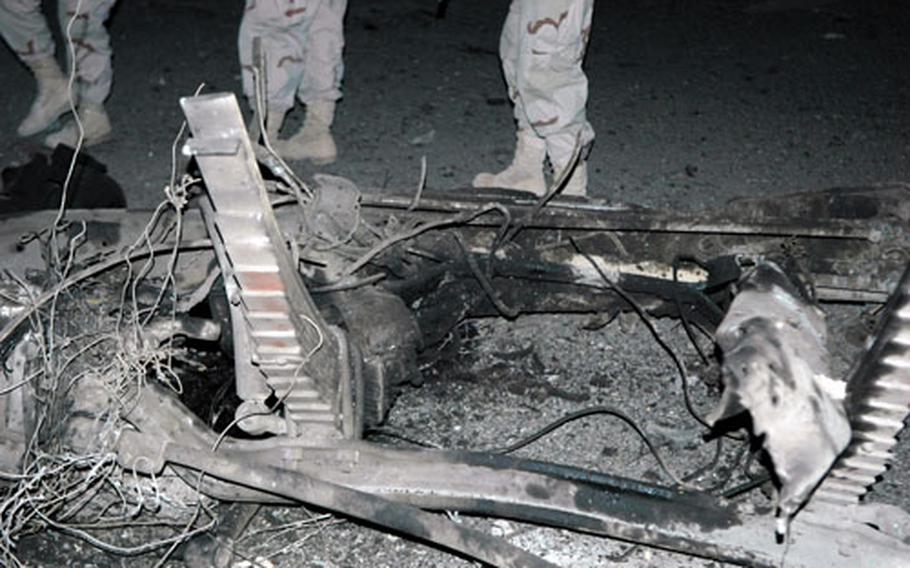 Twisted wreckage was all that remained from one of the vehicles that exploded in Baghdad on Monday. (Anita Powell / S&S) 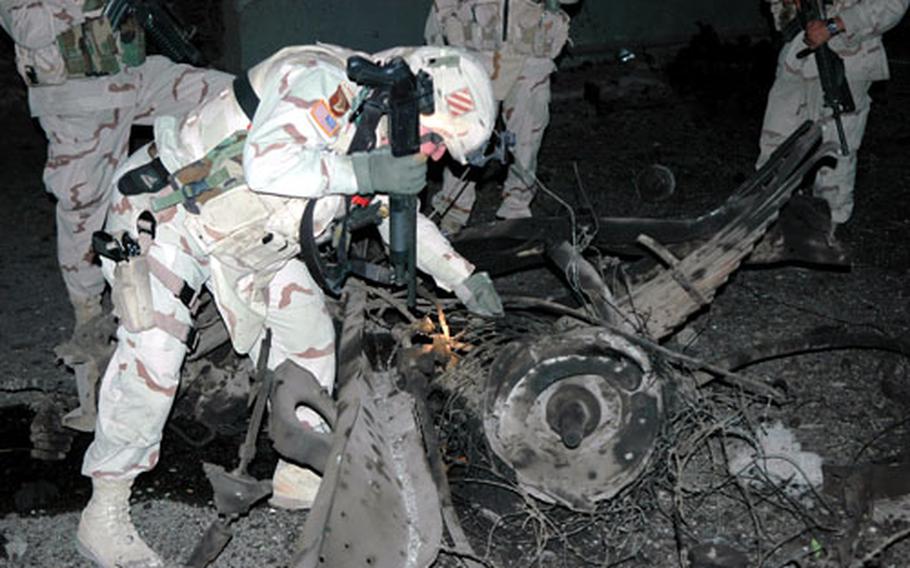 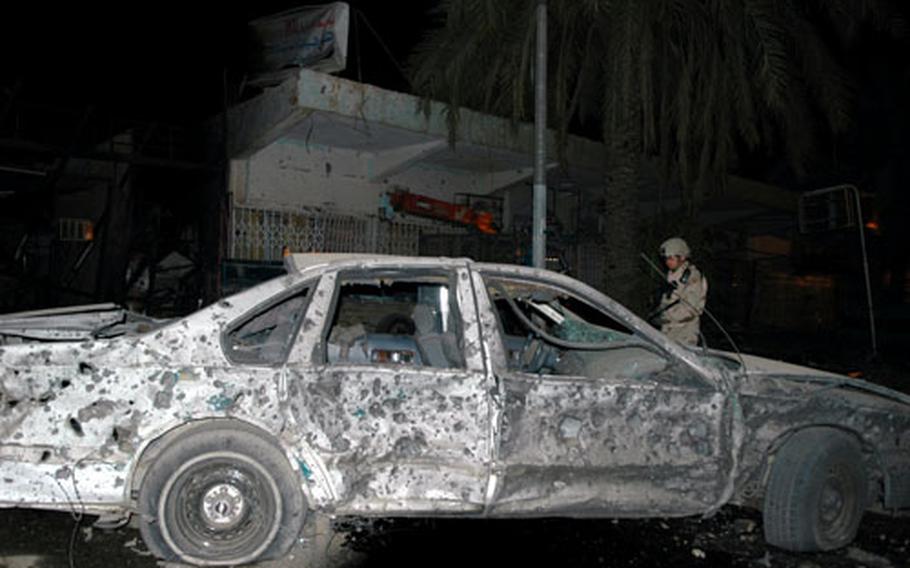 This car was sprayed with shrapnel from one of the detonations near two Baghdad hotels Monday night. (Anita Powell / S&S)

BAGHDAD &#8212; Monday evening&#8217;s suicide blasts in downtown Baghdad could have had a more devastating impact had it not been for the quick actions of Spc. Darrell Green.

Green, 38, a member of Company B, 3rd Battalion, 15th Infantry Regiment, 3rd Infantry Division, was pulling night guard duty at the Sheraton Hotel when he heard the first of three explosions. When he spotted a cement truck trying to wind its way to the hotel by driving through a hole blasted in a concrete wall, he reacted and shot at the truck.

The truck stopped, then exploded.

At the time, Green estimated, the truck was 100 feet from the hotel.

Company B Commander Capt. John Newman disputed one theory, attributed to Iraqi officials, that the attack was part of a plan to kidnap journalists staying at the two hotels.

Like Newman, Green said he thought the bomber&#8217;s intent was clear: to inflict as many casualties as possible.

By Tuesday night, he returned to guard duty.

Utility poles, tree trunks and beams lay toppled or bent at crazy angles. Shards of glass from broken windows glittered all over the road. Damp patches on the road filled the evening air with the scent of gasoline. One of the explosions made shambles of an entire city block, reducing cars and a nearby strip mall to rubble.

The attack occurred just as evening prayers were beginning at a nearby mosque and local Muslims prepared to break their Ramadan fast.

American officials &#8212; the area is under the purview of 2nd Brigade Combat Team, 3rd Infantry Division, of Fort Stewart, Ga. &#8212; said the coordinated attack was the first of its kind in several months. At the scene Monday night, soldiers waded solemnly through the debris and assessed the damage.

The 2nd Brigade deputy commander, Lt. Col. Edward Chesney, said he believed the attack, because of its proximity to media outlets, was an attempt to grab international headlines.

Chesney said he was confident that the area, like others that have been hit by similar attacks, would rebound. He credited the Iraqi people with remarkable resiliency in the face of tragedy.

Iraqi officials at the scene expressed little surprise that the area, which is home to several national ministries, was chosen.

&#8220;This area has always been targeted,&#8221; said an Iraqi security forces worker, who asked not to be named or photographed for security reasons.

Shortly after the attack, a group of black-clad women congregated on the pavement at the scene and alternately wailed and screamed. U.S. Army officials refused to allow reporters on the scene to approach the civilians, who apparently were mourners.

The Associated Press reported Tuesday that Al-Qaida in Iraq has claimed responsibility for the attacks.