Commandant tells Coast Guard families: ‘You have not, and will not, be forgotten’ 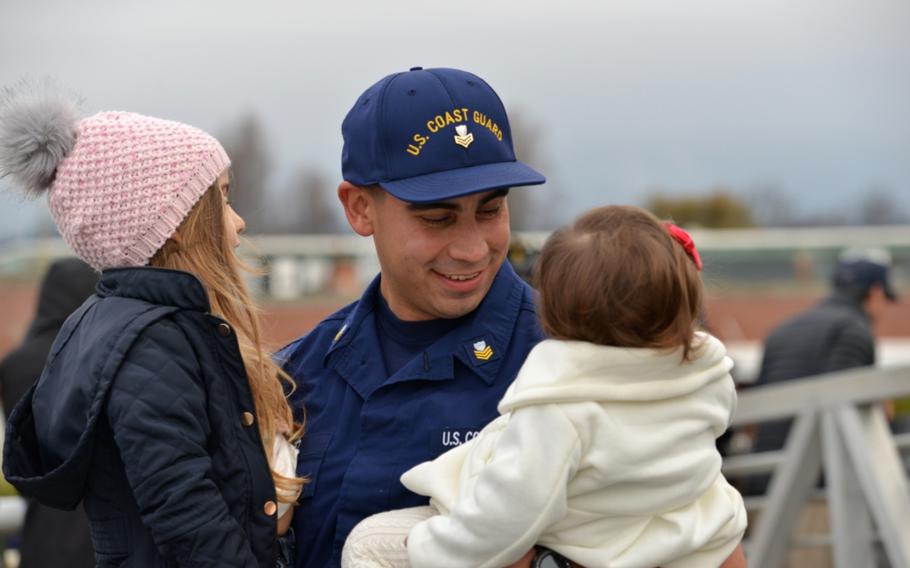 Coast Guard Commandant Admiral Karl Schultz drew attention to ongoing missions around the globe and expressed his support for Coast Guard families as the service prepared for about 41,000 members to go without paychecks on Tuesday as part of the ongoing partial government shutdown.

"While our Coast Guard workforce is deployed, there are loved ones at home reviewing family finances, researching how to get support, and weighing childcare options—they are holding down the fort," Schultz wrote on Sunday. "Please know that we are doing everything we can to support and advocate for you while your loved one stands the watch. You have not, and will not, be forgotten."

The potential for a shutdown began when Congress failed to pass a budget for portions of the federal government before a Dec. 21 deadline, stoked by a disagreement with President Donald Trump to fund his campaign promise of a wall along the U.S. border with Mexico.

The other military service branches are part of the Department of Defense, which has been unaffected by the shutdown. But unlike the Army, the Air Force, the Navy and the Marine Corps, the Coast Guard falls under the Department of Homeland Security, which is affected.

Around 7,400 civilian Coast Guard workers have been furloughed and the disbursement of pay for some 50,000 retired Coast Guard members and employees could be affected, officials said.

Coast Guard officials were able to pull together the $150 million needed to cover the final checks of 2018, but funds aren’t available for this week’s scheduled payday.