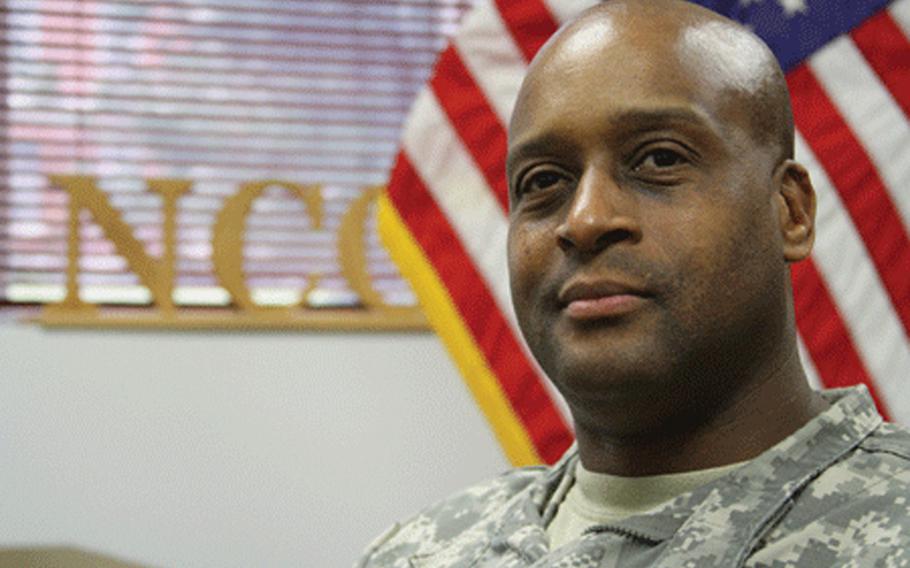 The former command sergeant major at Walter Reed Army Medical Center is facing up to 16 years in prison on charges he falsified his official record and wore a litany of decorations and qualification badges he was not awarded.

He allegedly wore the decorations and qualification badges at Walter Reed in Washington, Landstuhl Regional Medical Center in Germany, Fort Bliss, Texas, and Heidelberg, Germany, according to the charge sheets.

He is also charged with falsely claiming to have attended several elite schools, including U.S. Army Ranger School, Special Forces Airborne School and Sniper School. Crump had been relieved of duty in May for &ldquo;unauthorized wear/claim of military awards, badges, and decorations,&rdquo; Army officials said.

At Walter Reed and Heidelberg, Crump also allegedly falsified his command sergeant major biography by claiming he had been awarded a Marine Corps Combat Action Ribbon and that he was a registered nurse, according to the charge sheets.

A spokesman for Europe Regional Medical Command in Heidelberg declined to comment because the investigation is ongoing.

Crump is represented by an attorney at Fort Belvoir Trial Defense Service, according to Army Times. A woman who answered the phone at trial defense services said the office would have no comment on Crump.

Crump did not return an e-mail seeking comment by deadline on Monday.

He faces charges under the Uniform Code of Military Justice, not the Stolen Valor Act, a federal law that was recently ruled unconstitutional. That act was intended to apply to veterans or people who were never in the military, said James Klimaski, a civilian attorney who practices military law.