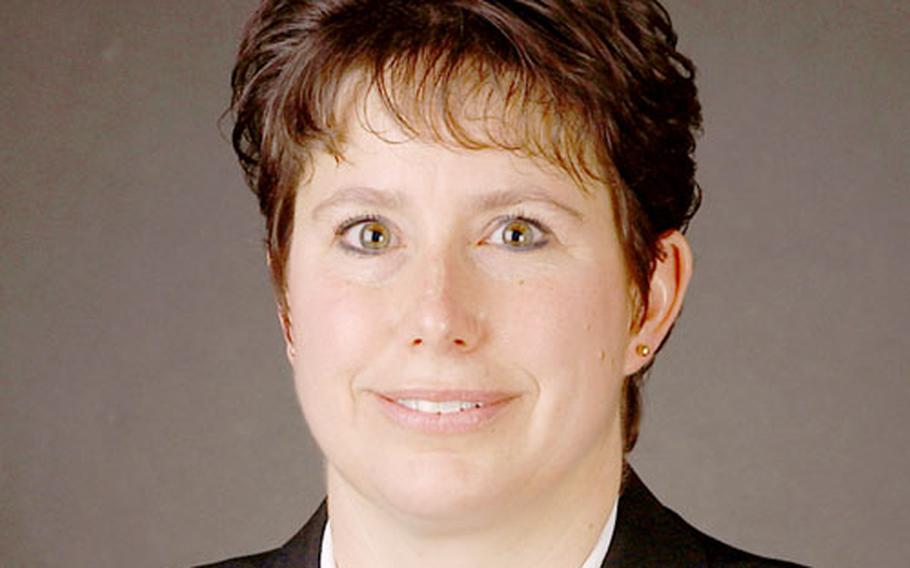 Cmdr. Antoinette McCracken in now the officer-in-charge of what was formerly Naval Support Activity Gaeta. The small base is now a detachment of NSA Naples. ()

Cmdr. Antoinette McCracken in now the officer-in-charge of what was formerly Naval Support Activity Gaeta. The small base is now a detachment of NSA Naples. () 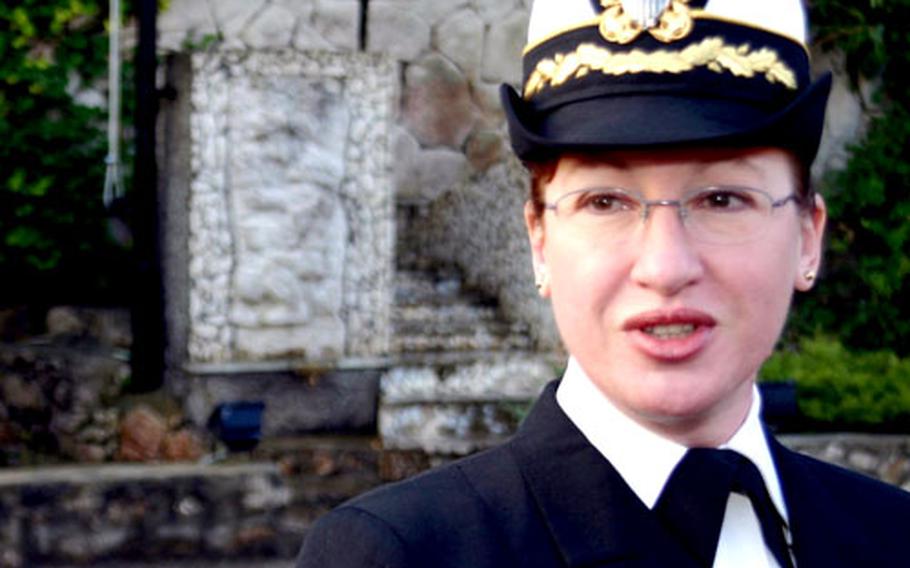 It&#8217;s business as usual because the Friday disestablishment ceremony was more change of command than an arrivederci to the small base.

So although officially the command doesn&#8217;t exist anymore, its main mission as homeport of the 6th Fleet flagship USS Mount Whitney continues unchanged.

While Gaeta and its support to the 6th Fleet remains formidable, the small base will be getting even smaller in the coming months.

The off-base building that holds Gaeta&#8217;s school, movie theater, bowling alley and snack bar will be closing this year. Elementary school students will begin the next school year in new classrooms on the main base, in an area where the old 6th Fleet headquarters used to be before it moved to Naples.

Gaeta&#8217;s housing office, which is located in an apartment in central Gaeta, will also be moving on base.

The U.S. Navy has had a permanent presence in Gaeta since 1967, when NSA Naples opened a small post office which gradually expanded into more buildings in town. On Dec. 3, 1993, Gaeta became a separate command from Naples and 1&#189; years later moved to its present position on Monte Orlando.