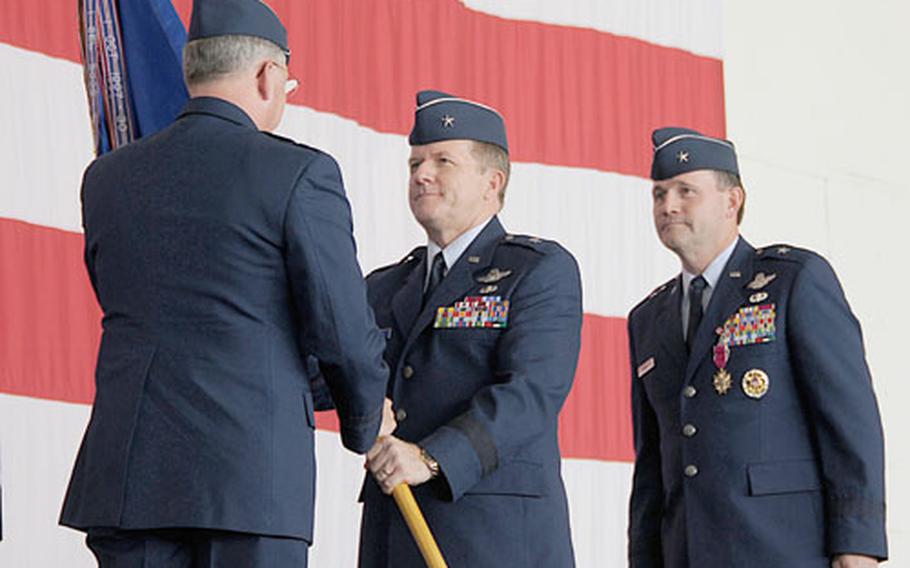 "I am absolutely thrilled for this opportunity to lead this outstanding wing at Andersen whose heritage dates back over 60 years when 12 squadrons of B-29s thundered off this runway day, after day, after day," Ruhlman was quoted in a release.

Owens is to become the 13th Air Force vice commander at Hickam Air Force Base, Hawaii.

Among the changes Owens led were the standup of the 36th Operations Group as a permanent rather than expeditionary unit, the move of the 554th RED HORSE combat engineer squadron from Osan Air Base, South Korea, and the reactivation of the 644th Combat Communications Squadron, according to the Air Force.

Owens also made several quality-of-life improvements around the wing, most notably the revitalization of Taraque Beach. He also supported construction of the first new base exchange in 50 years, a $20 million environmental cleanup at Urunao and construction of a hangar to house the Global Hawk unmanned aerial vehicle. The first Global Hawks are to arrive in spring.

Before he left, Owens set the stage for an increase in fighter rotations, culminating in the first of what will be presumably periodic F-22 Raptor deployments, Air Force officials noted.

Owens was quoted in the release as saying "this has been an extraordinary time" for him and wife Teresa, noting "the satisfaction and elation for the great accomplishments of the wing, and sorrow for the loss of friends and colleagues who gave their life under my command."

A B-52H Stratofortress deployed to Andersen from Barksdale Air Force Base, La., crashed in the Pacific Ocean in July, killing all six airmen onboard, including Col. George Martin, a doctor in Andersen&#8217;s medical command.