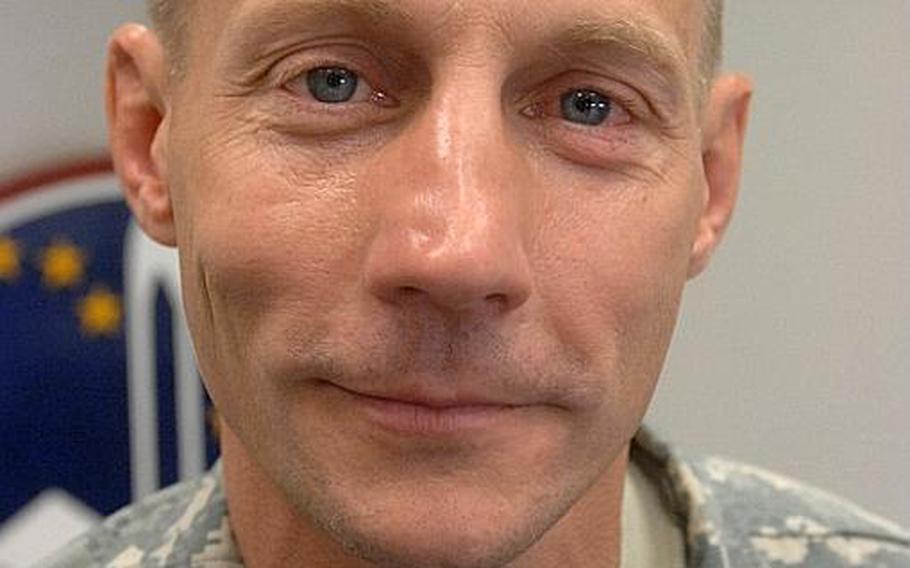 GRAFENWOEHR, Germany &mdash; Four out of six battalion commanders and four out of five command sergeants major in the 172nd Infantry Brigade believed that ousted commander Col. Frank Zachar had a &ldquo;negative leadership style,&rdquo; according to a U.S. Army Europe report obtained Thursday by Stars and Stripes.

The Dec. 27 report authored by Brig. Gen. Jimmie Jaye Wells, which details an &ldquo;investigation into the command climate within the 172nd Infantry Brigade,&rdquo; recommended Zachar be relieved of command, an action that was taken Jan. 3. Zachar&rsquo;s ousting came at a critical time for the 172nd. The unit, with its 3,500 soldiers in Grafenw&ouml;hr and Schweinfurt, Germany, is training for deployment to Afghanistan this summer.

While the report does not criticize the 172nd&rsquo;s top enlisted soldier, Command Sgt. Maj. Robert French was reassigned as a result of the decision to relieve Zachar.

In the report, with most names and a significant amount of other information redacted, Wells writes: &ldquo;There have been ongoing issues within the brigade that started &hellip; after Col. Zachar became the Brigade Commander in May of 2010.&rdquo;

Attempts Thursday to reach Zachar for comment were unsuccessful.

In a sworn statement, Zachar described himself as &ldquo;&hellip; a deliberate, passionate leader who looks for and believes that a respectful climate is necessary, asks for pushback and feedback &hellip; not a yeller.&rdquo;

However, the report includes numerous statements from subordinates who are critical of Zachar&rsquo;s leadership style.

One described it as &ldquo;&hellip; leadership by intimidation&rdquo; while another said it was, &ldquo;&hellip; very negative, caustic, vindictive and disingenuous.&rdquo;

One stated that Zachar marginalized his command sergeants major and treated battalion commanders like company commanders. Another said Zachar used &ldquo;subterfuge and fear to bring about an outcome.&rdquo;

Others described the ousted commander as &ldquo;paranoid, manipulative, disingenuous, caustic, abrasive and threatening.&rdquo;

Zachar also is said to have publicly chastised a subordinate during a staff ride, told subordinates that their wives must attend every event that his wife attended, and put a resiliency program, relationships with local German communities and self-promotion ahead of his soldiers&rsquo; combat training.

A few had positive things to say about Zachar; one said his style was &ldquo;&hellip; traditional, older Army with the colonel giving guidance and lieutenant colonels executing that guidance.&rdquo;

But Wells found that Zachar&rsquo;s leadership style demonstrated &ldquo;&hellip; arrogance, deception and threatening behavior &hellip; [and did] not foster a positive command climate.&rdquo;

The majority of senior leaders within the 172nd Infantry Brigade concluded that Zachar was disingenuous, he said, adding that there had been many incidents of Zachar threatening subordinate leadership.

&ldquo;Command relationships are abysmal and fractured beyond repair between most, but not all of the six assigned battalion commanders. ... At best I gauge two of the relationships as ambivalent,&rdquo; he said.

&ldquo;The great majority of the Brigade&rsquo;s senior leadership has lost trust and confidence in Col. Zachar to lead them,&rdquo; Wells said. &ldquo;Col. Zachar&rsquo;s threatening manner and his unclear guidance has resulted in his Battalion Commanders avoiding interaction with him unless forced to or absolutely necessary.&rdquo;

Under Zachar, the 172nd became six disparate units that were part of the same organization in name only, he said.

&ldquo;I find the command climate within the 172nd BCT to be toxic &hellip; (Zachar) refuses to accept responsibility for his failings and instead blames subordinates ... He has not been contrite nor appeared to reach out to mend broken relationships. The lack of self-awareness and personal accountability suggests that nothing less than relief will solve the toxic command climate within the brigade.&rdquo;