Command changes at Eagle Base 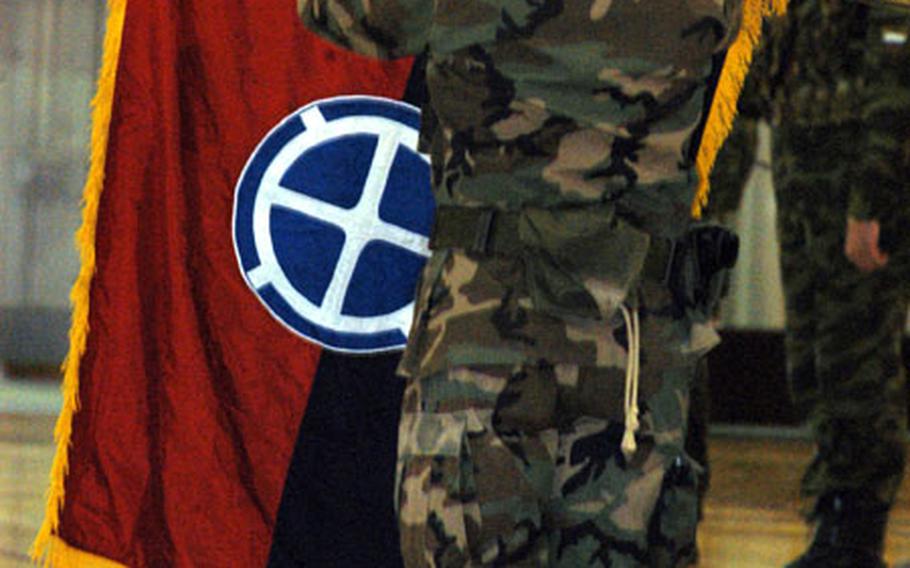 EAGLE BASE, Bosnia and Herzegovina &#8212; The rolling up of one flag and the unfurling of another marked the end of the 12th Stabilization Force rotation and the beginning of the next one in Multinational Brigade North.

&#8220;The soldiers of SFOR 13 are well prepared to be persuasive in peace,&#8221; declared Brig. Gen. James R. Mason, commander of the incoming 35th Infantry Division.

The transfer of authority to the Kansas-based unit from Pennsylvania&#8217;s 28th Infantry Division was the first time in more than eight years of peacekeeping that both the outgoing and the incoming troops are National Guard.

Before a group of international civilian and military officials, Lt. Gen. William Ward, the SFOR commander, commended the Pennsylvania Guardsmen for their accomplishments.

And they had the best safety record of any SFOR rotation so far, in spite of the winter conditions.

Before the Hungarian army band concluded the ceremony by playing &#8220;The Army Goes Rolling Along,&#8221; Mason said that his soldiers are well equipped, well trained and willing to assume their assigned responsibilities.