Coming to grips with a close call at Mosul 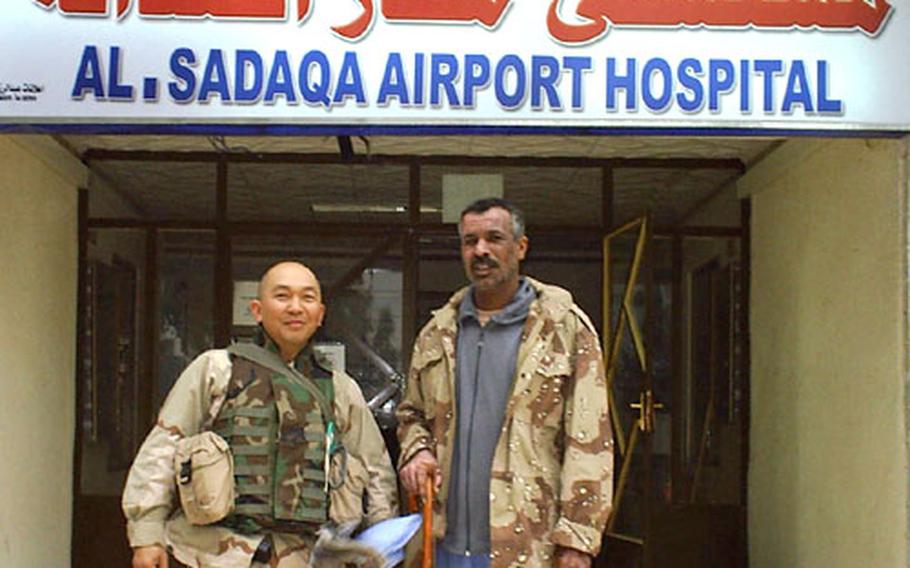 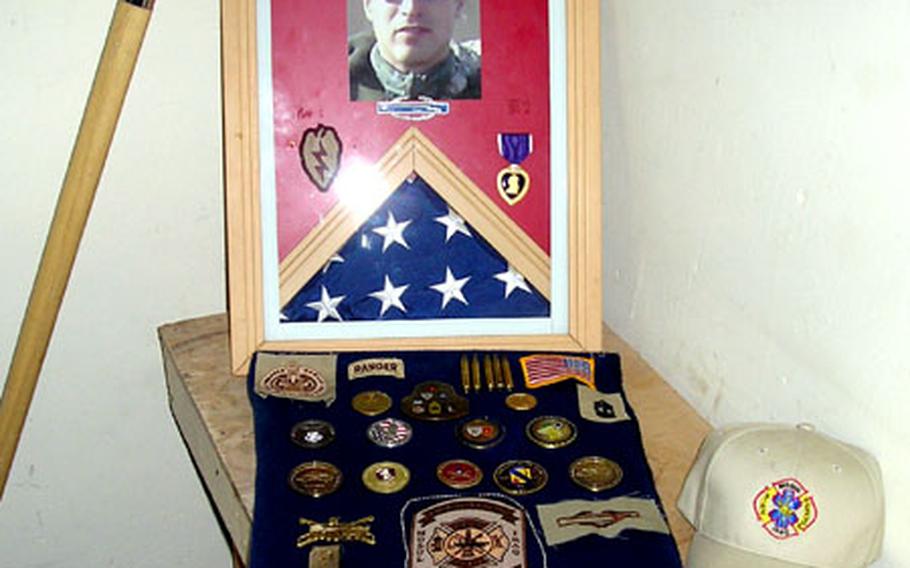 A small memorial for Sgt. 1st Class Paul Karpowich, who was killed Dec. 21, 2004, in a suicide attack on the dining facility at Forward Operating Base Marez in Mosul. (Photo courtesy of Isidoro Dacquel)

It was just after noon one year ago when Petty Officer 2nd Class Isidoro &#8220;Sid&#8221; Dacquel stood up to gather the Iraqi soldiers he was escorting out of the dining facility at Forward Operating Base Marez, in Mosul.

On one side of him sat Iraqi 1st Lt. Mushtak Satar Jabar, a tall, kind man, Dacquel recalled. On the other, a U.S. soldier, Sgt. 1st Class Paul Karpowich, who had just returned to Marez after two weeks at a stark, remote post across Mosul.

On Dec. 21, 2004, Karpowich was enjoying his first real meal in two weeks. Earlier, had his first shower in as long. Toward the end of the meal, Dacquel told Karpowich to finish and relax and this time he would take the Iraqi troops under their charge outside.

Outside, Dacquel, a corpsman attached to an Army unit training Iraqis, mustered the 30 or so trainees and was telling one to put out a smoke.

Debris rained overhead and people began running for cover. Dacquel heard calls for a medic. He was already putting on surgical gloves.

Inside the nearest bunker a soldier came in with his hand shattered. Dacquel said he wrapped it in the only thing he could find, a fleece shirt.

Injured people were pouring from the building. Dacquel raced back to his camp for medical supplies and began treating the wounded.

For years, Dacquel had treated Marines as a fleet medical corpsman and he had seen combat in Kosovo. He had volunteered for Iraq months earlier, leaving behind his command at the naval hospital on Guam.

After a few weeks at Fort Bliss, Texas, he was assigned to the American advisory team shaping the 11th Iraqi Battalion into an army. Dacquel was its medical support but he also carried a weapon, drove Humvees during convoys and served as backup gunner, he said.

Days after arriving in Iraq in September he had been mortared during a stop in Baghdad. He convoyed to a remote Iraqi training area in northwest Iraq. But in anticipation of elections in January, his unit &#8212; the 11th Battalion &#8212; was moved to Marez. As their convoy approached the gate on Dec. 3 they felt a taste of what was to come.

FOB Marez endured nearly daily showers of mortars. A supply building near the dining facility had been hit weeks before. A sturdy concrete mess hall was in the works nearby to allow soldiers to eat in safety. Until then, a large tent would serve as a mess hall.

Three weeks went by and Dacquel had grown close to the Iraqis and Americans with whom he worked, especially Mushtak. The two had tea in the dining facility regularly, talking about life and war.

One afternoon, Mushtak showed Dacquel some photos he was proud of &#8212; of him distributing school supplies to local children. As they sat together on Dec. 21, Dacquel asked for a photo as a keepsake, and Mushtak obliged.

An hour later, Mushtak was dead.

The dining facility attack killed 22 and left 60 injured, according to an Army report. An investigation later found that a suicide bomber disguised as an Iraqi National Guardsman blew up himself and half the tent.

Among the dead were Mushtak and Karpowich. Two other Iraqi soldiers seated with them also died. Sgt. Maj. Kalaf Abalah Nasir suffered critical injuries, but Dacquel was able to nurse him back to health. Nasir was killed in an unrelated incident a few months later.

Karpowich had just turned 30 and was being picked up for promotion, Nindl said. He remembered Karpowich as an asset to their team.

Dacquel said he thought about having a second cup of tea with the group before deciding to lead the Iraqis out instead. The decision may have saved his life.

He was working sick call when the base held a memorial for Karpowich days later. He didn&#8217;t have time to mourn, until returning to Guam in April, he said.

At the time, he said, he was on auto-drive. He recalled seeing Mushtak&#8217;s dead body, then turning to help someone else.

His experience with the Marines, along with his religion &#8212; Dacquel converted to Soka Gakkai International Buddhism while stationed on Okinawa &#8212; prepared him for the bloodshed. But he admits he is lucky.