Comic book idea nothing to laugh at 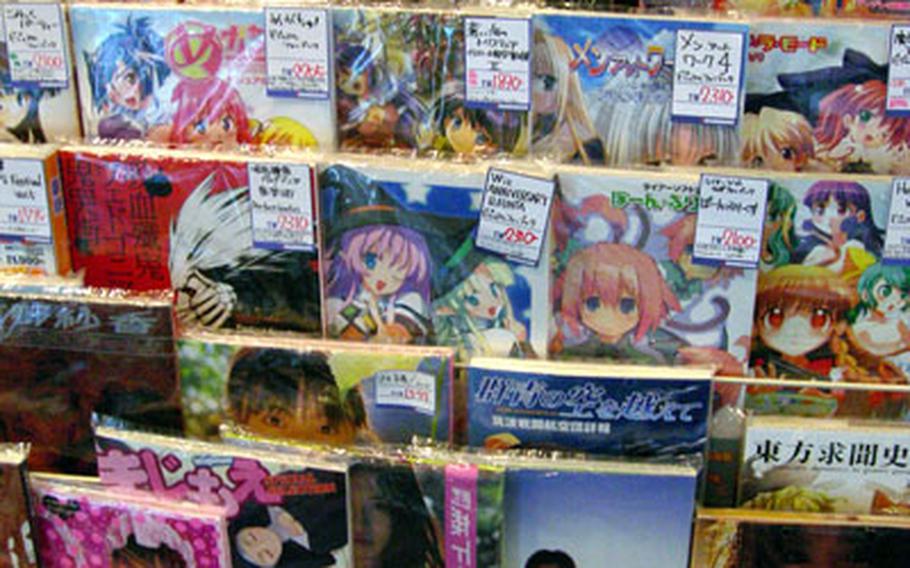 Manga is pilled up at Mandarake, a manga store in Tokyo&#39;s Shibuya neighborhood where shoppers can purchase manga of all types. Commander, Naval Forces Japan public affairs is getting in on the manga craze, using the medium to explain the U.S. Navy, its ships, sailors and mission to the Japanese public. (Christopher B. Stoltz / S&S)

Commander, Naval Forces Japan public affairs is taking a page out of Japanese pop culture to explain the U.S. Navy, its ships, sailors and mission to the Japanese public.

The medium being embraced is a wildly popular style of Japanese comic book known as manga.

CNFJ&#8217;s foray into the action- packed and highly-stylized genre is scheduled for release in late 2007 or early 2008. It will chronicle the adventures, and possible misadventures, of two sailors stationed aboard the nuclear-powered aircraft carrier USS George Washington, which is slated to arrive in Yokosuka in summer 2008.

According to CNFJ spokesman Cmdr. David Waterman, manga was chosen because it already has a huge footprint in Japan.

The manga industry is a multibillion-dollar business with an expanding global market.

CNFJ isn&#8217;t alone in its reasoning. Japan&#8217;s Ministry of Defense has been using manga to explain its policies and mission to the Japanese public since 2004, a ministry spokesman said.

Manga was chosen as a medium to reach the people after the ministry conducted a survey that indicated young Japanese were not interested in defense issues, said the spokesman.

The ministry decided comics might be an effective way to appeal to 20- and 30-year-old Japanese.

&#8220;We used comics as a means to introduce a summary of [a defense white paper] that is easily understandable for young people,&#8221; the ministry spokesman said. &#8220;We want to use this as a way for them to become interested.&#8221;

Currently, CNFJ is developing a storyline for its own manga. Artwork and production is to be contracted.

Although the story is being developed, a few details have emerged.

There are two central protagonists, a male and a female sailor, Waterman said. The story will likely pick up aboard the George Washington while the carrier is at sea.

From there, it will touch on the ship&#8217;s myriad missions, Waterman said. The story will continue after ship&#8217;s arrival at Yokosuka, where it will follow the main characters as they begin to explore their host country.

Funded by CNFJ&#8217;s community relations, Waterman said, the limited-edition manga will run about 40 pages. It will be produced only in kanji, like the trading cards CNFJ recently introduced to target a Japanese audience.

Stars and Stripes reporter Hana Kusomoto contributed to this story.