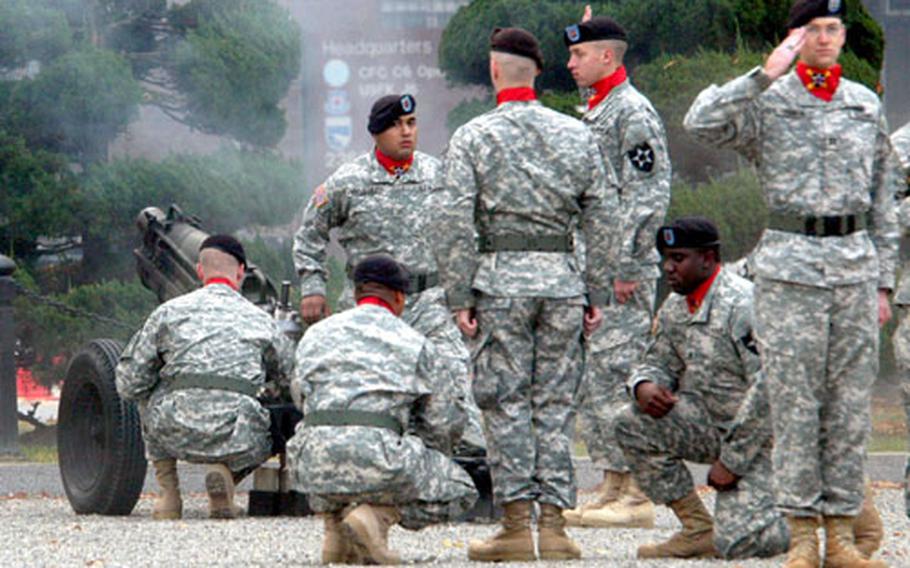 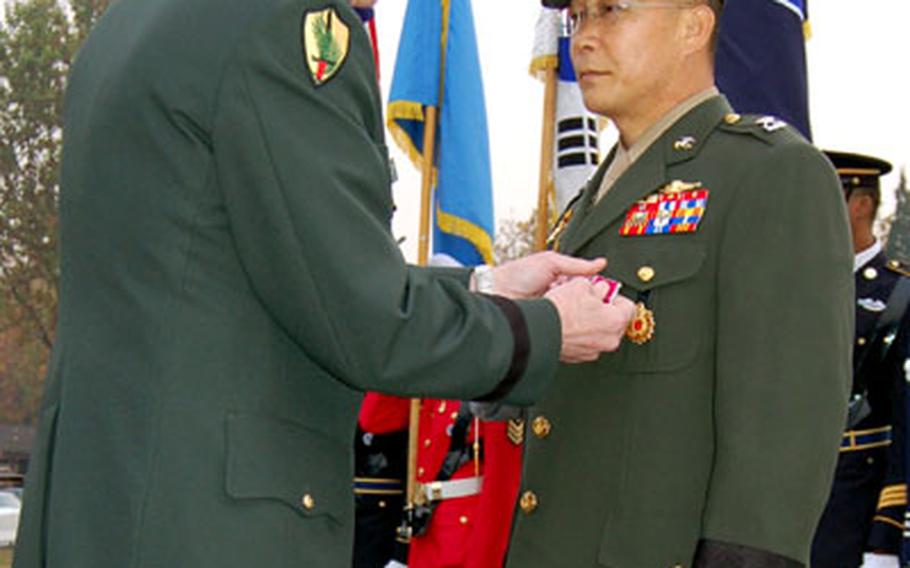 Gen. B.B. Bell reflected on his command&#8217;s history, as well as its short future.

&#8220;When our predecessors established this historic command back in 1978, they envisioned a path toward full partnership between our two great nations. &#8230; And I&#8217;m proud to say that CFC has magnificently accomplished its mission, and will continue to do so until it is inactivated on this field on 17 April 2012.&#8221;

In addition to a pass and review, inspection of the United Nations Command Honor Guard and a barrage of cannon fire, the event also featured the presentation of Legion of Merit medals to seven South Korean military officers with ties to the CFC.

&#8220;Holding true to our military traditions and customs, it is right and proper that this ceremony provide Combined Forces Command and U.S. Forces Korea the opportunity to openly celebrate the distinctive accomplishments of these fine Korean military leaders and great Korean patriots,&#8221; Bell said.

CFC was established Nov. 7, 1978, and has operational control of more than 600,000 South Korean and American military personnel.

When the command inactivates in 2012, the U.S. Forces Korea headquarters will be located at Camp Humphreys.

South Korea will take operational command of the country&#8217;s defense and the U.S. military will serve in a supporting role.

The ceremony was held a week after the command&#8217;s anniversary date because of a conflicting event last week.