Combined exercise in Philippines brings mission from ship to shore 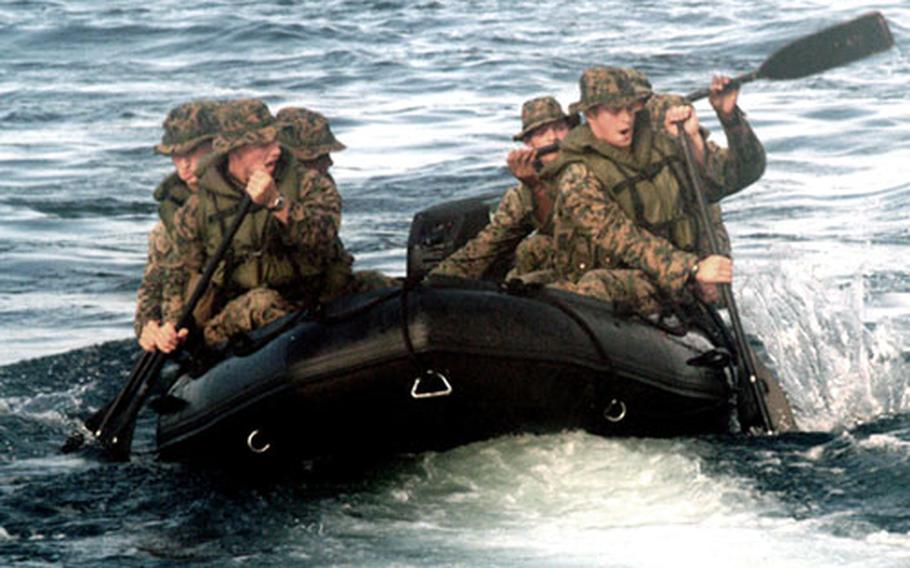 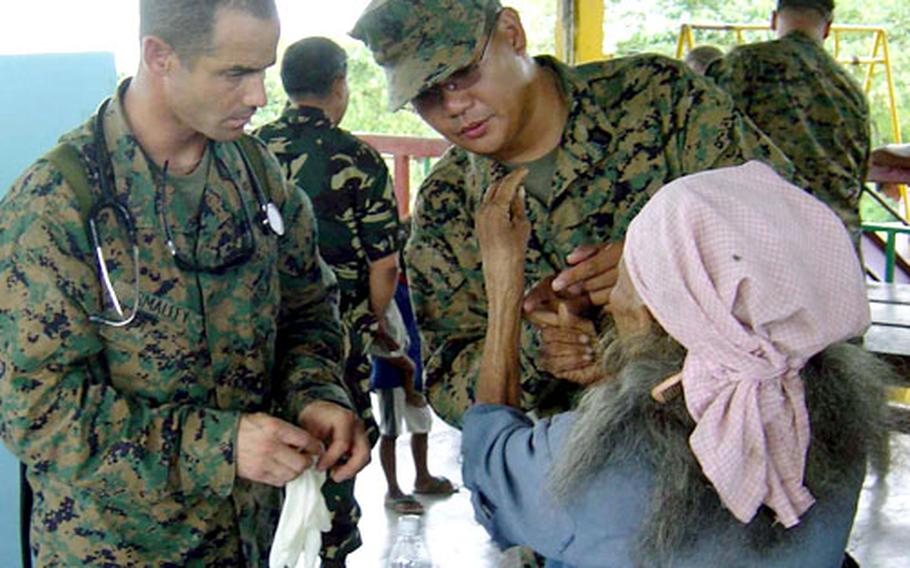 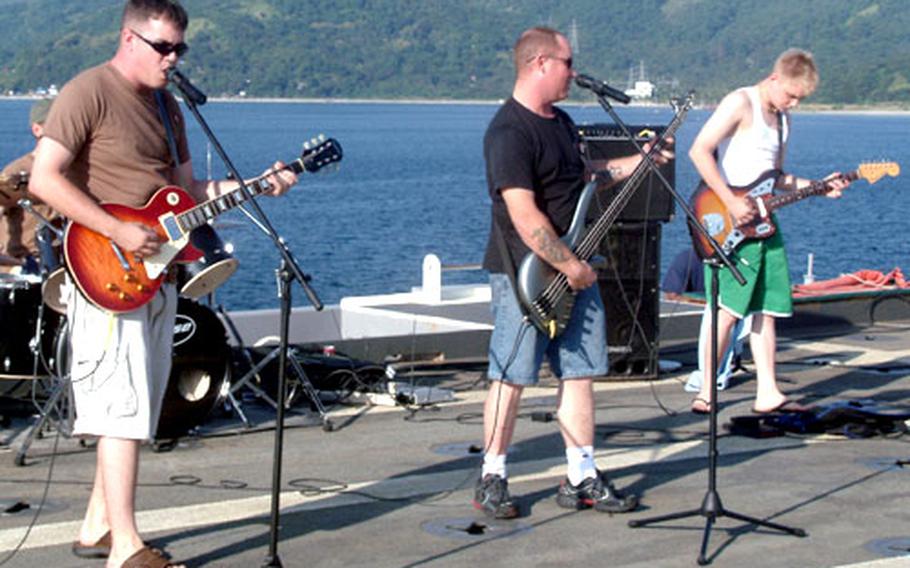 Jam-Balaya, a band comprised of USS Juneau crewmembers, performs a concert on the ship’s flight deck during a "steel beach" barbecue Sunday. The Sasebo-based ship arrived in the Philippines Saturday for PHIBLEX &#39;06. (Adam R. Cole / Courtesy of U.S. Navy)

About 5,000 U.S. and Philippines servicemembers are taking part in PHIBLEX &#8217;06, stated a Navy news report Wednesday.

The three-ship ARG operates from Sasebo and includes the USS Essex, USS Juneau and USS Fort McHenry. The 31st MEU is based on Okinawa.

During the 24-hour ship-to- shore amphibious transport, MEU Marines moved 180 tons of gear ashore via 18 rubber combat raiding crafts launched from the Juneau&#8217;s well deck, according to the report.

&#8220;This displays not only the partnership, but the brotherhood and sisterhood that exists between the Navy and Marine Corps,&#8221; Capt. Ronald Horton, Juneau&#8217;s commander, stated in the report. &#8220;We share a bond as warriors, a bond that cuts deep.&#8221;

Petty Officer 2nd Class Daniel A. Wauters, boatswain&#8217;s mate in charge of the landing operation, stated that sailors simply did their mission &#8220;so the Marines can do theirs. It was tiring &#8230; but we just kept going because we knew we had to get the job done.&#8221;

Meanwhile, servicemembers from both nations provided medical care Sunday to about 900 Luzon residents.

The medical team provided basic health checkups and medicine to children, expectant mothers, the elderly and those with illnesses.

And on Sunday in Olongapo City, Philippines, about 40 Essex sailors painted the Gordon Heights Elementary School.

&#8220;I think we did a good job. &#8230; You can tell the people are happy to have us and to see their school get brightened up with a much-needed paint job,&#8221; said Ensign Dominic Franklyn, Essex&#8217;s combat information center officer.