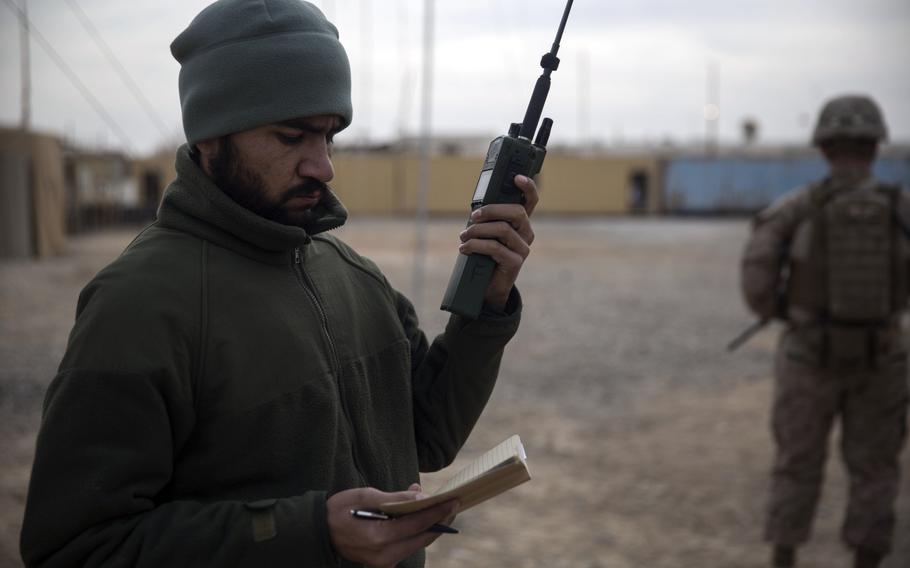 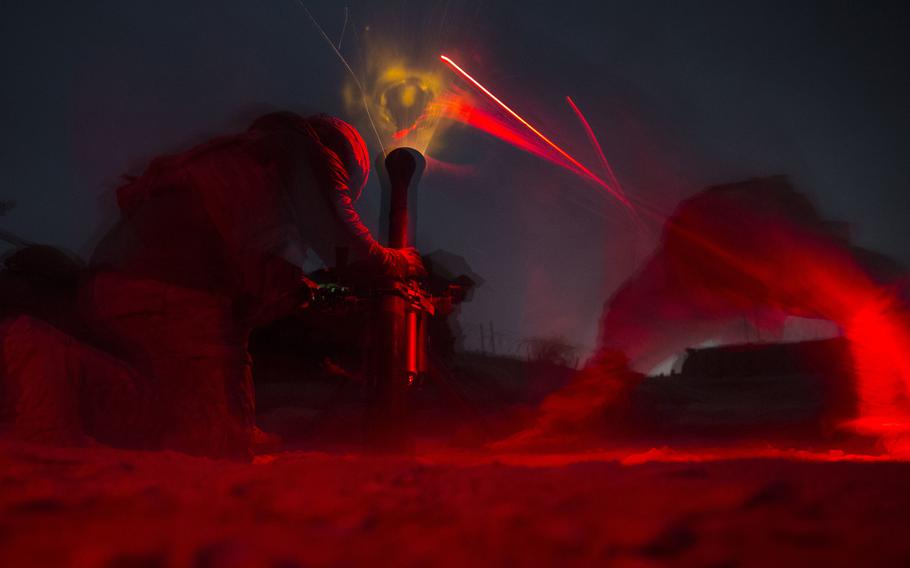 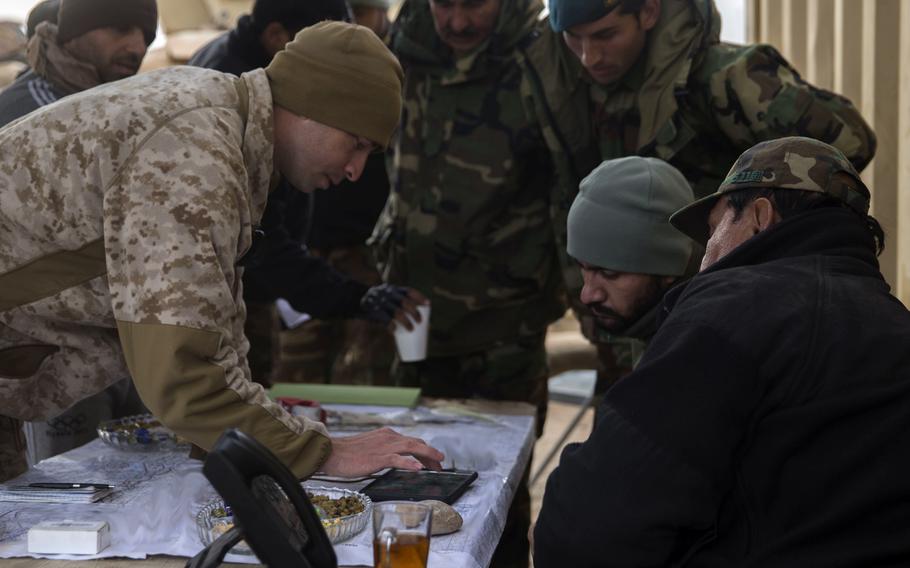 KABUL, Afghanistan — A series of intense combat operations in Helmand province have given the Afghan army and air force a chance to improve their joint tactics, especially in coordinating close air support to ground troops.

In the latest operation, Maiwand 10, which began on Dec. 23, Afghan unmanned aerial vehicles and light attack planes supported army and police units fighting in and around Marjah district.

The troops cleared roadside bombs and secured the district center and key routes in and out. About 300 U.S. Marines have been advising the Afghan forces since May as part of Task Force Southwest.

“Historically, Marjah has always been a tough fight,” said Col. Matthew Reid, Task Force Southwest’s deputy commander. But, he said, “the Afghans are now operating freely in areas that were untenable just a few months ago.”

The operation, meant to increase pressure on the Taliban and bolster security around the provincial capital, also saw the use of Afghan tactical air coordinators and ScanEagle drones to direct airstrikes on targets of opportunity in support of ground forces.

“Their close air support is causing the Taliban to lose ground, while the (security forces) take that ground,” said Marine Capt. Robert Walters, an air adviser with Task Force Southwest.

Over the course of several operations in the last year, the Marines saw a steady progression of growth in Afghan military capabilities, with new and unexpected advances each time, Walters said. Maiwand 10 was notable for new ways the tactical air coordinators worked with the A-29 Super Tucanos to deliver air support, he said.

Government forces have been relying on the their own terminal air coordinators, with limited assistance from coalition forces, to direct strikes regularly with attack planes. But officials said a strike in Helmand on Dec. 29 was the first time in combat that they directed a dynamic strike to support ground maneuvers. Dynamic strikes, as opposed to planned strikes, are conducted in response to changing battlefield conditions.

“Typically, those guys have really only used MD-530s or Mi-17s to help out with that,” Walters said, referring to the Afghan’s attack helicopters, in a video released Monday. The increased capabilities were leading to “tangible impact” on the battlefield, he said.

Omar Zwak, spokesman for the provincial governor, said troops had cleared several villages along the road to the provincial capital of Lashkar Gah and were expected to clear more areas after setting up outposts in the villages they’d retaken.

It remains unclear how many of these successes were due to military action, as the Taliban frequently use classic guerrilla tactics and melt away in the face of a superior conventional force. Despite many optimistic statements about progress in the 16-year war, the insurgents have shown resilience to increased battlefield pressure.

Eight years ago, in fact, Marines, Afghans and others were poised to retake the same patch of ground and roll in a “government in a box” in one of the war’s largest operations, which coalition commanders were confident would mark the beginning of the end of the Taliban insurgency.

Afghan air force officials declined to speak about specific A-29 missions or targets in Helmand, but a spokesman said the light attack aircraft conduct strikes throughout the country daily.

As Afghan aerial attack capabilities have improved, however, the need for better integrating them with ground operations has become “paramount,” according to a military country report released in December. Synchronization of attack aviation and other “enablers,” such as intelligence and indirect fire support, is improving, the report said, but it’s incomplete.

For example, the report found that while the air force had shown improvement in the use of A-29s, MD-530s, ScanEagle drones and tactical air coordinators to conduct strikes, it was still rare that the air coordinators were being used in their assigned roles to guide strikes.

But the report did find that in Helmand the Afghan army’s 215th Corps, the most advanced of the army’s four ScanEagle unmanned aerial vehicle detachments, had begun successfully using signals intelligence to cue drone coverage of targets.

The report attributed this achievement, which it said was a significant integration milestone, to the Marine advising detachment.

Those Marines recently tracked Qari Fida Mohammad, a high-level Taliban commander responsible for many attacks in Marjah dating back to 2008, officials said. They then called in a pair of Air Force F-16 Fighting Falcons on Dec. 20 to take him out.

Government ground forces have also shown confidence in maneuvering in southern Marjah, in areas they haven’t been able to operate in the past, the Marines said.

Brig. Gen. Abdul Raziq Hotak, the commander of the 1st Brigade, 215th Corps, said his troops had cleared more than 100 improvised explosive devices and had seized enemy equipment and weapons.

“We also took three Humvees and rangers and destroyed four enemy (operations centers),” Hotak said. It was an important operation for the Afghans, he said, because they want to bring security and better quality of life to the people, who “deserve nothing less.”

Reid, the Task Force Southwest deputy commander, said the operation marks the first time in years that the police, army and intelligence directorate are fighting side by side in the district with little Taliban opposition.

It’s a significant improvement,” Reid said, but “there is still a lot of fighting left to do.”