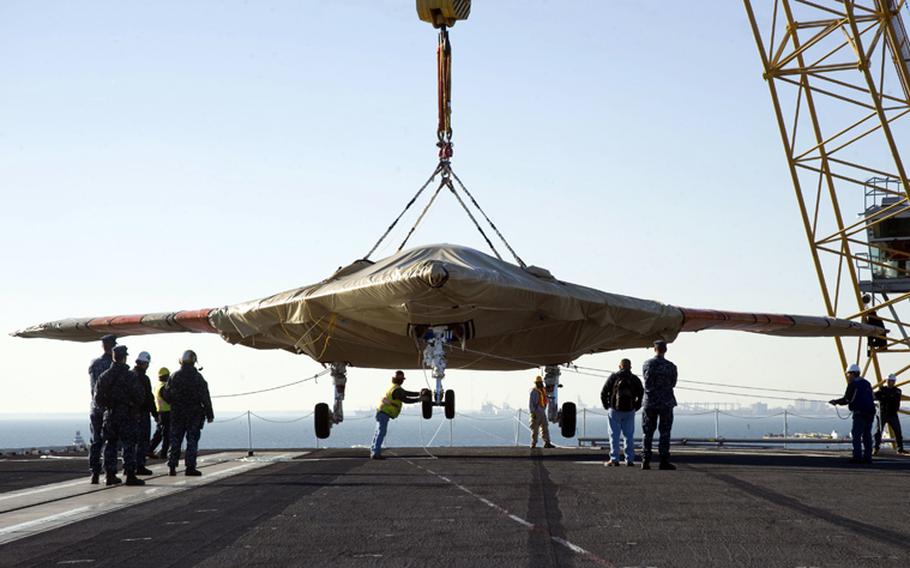 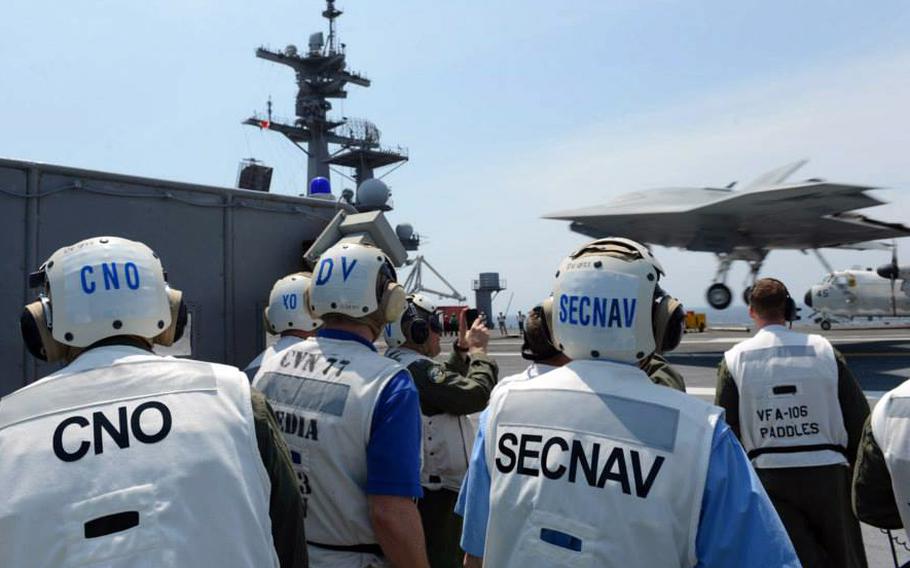 A Navy program that twice landed a combat drone successfully on an aircraft carrier last week aborted its last attempt on Monday, the program’s second scrubbed effort in four tries during a period of testing at sea.

Naval Air Systems Command said in a statement that an X-47B, an unmanned drone with a 62-foot wingspan and a range of 2,400 miles, experienced a “minor test instrumentation issue” during its flight toward USS George H.W. Bush in the Atlantic and returned to Naval Air Station Patuxent River, in nearby Maryland.

The command nevertheless deemed the sea trials a success, saying in the statement they showed the Navy was ready to move ahead with “unmanned carrier aviation.”

The drone that flew Monday, dubbed “Salty Dog 501,” was not the same craft that made two out of three landing attempts on July 10. That craft, Salty Dog 502, aborted its third landing after self-detecting a navigation anomaly, and touched down at a nearby airfield, according to the Navy.

Last week’s successful landings were the first ever for an unmanned drone on an aircraft carrier and marked the culmination of the program’s testing on the carrier. Secretary of the Navy Ray Mabus and Chief of Naval Operation Jonathan W. Greenert both attended.

“The X-47B represents our future and it is an important step towards the next unmanned system which will join our carrier air wings,” Greenert later posted on his Facebook page.

The Navy cast a positive light on last week’s aborted landing, noting the aircraft detected the problem. Whether that was also the case with Monday’s glitch was unclear, although a spokeswoman for the command said it was en route to the carrier when the problem occurred and not in the act of landing.

Testing of the X-47B by the Navy’s Unmanned Combat Air System Demonstration in recent days has included arrested landings, flight deck operations, steam catapults and hot refueling, according to the statement. Air refueling operations are scheduled for 2014.

Monday’s attempt was the last with the ship, which since returned to to its home port in Norfolk, Va.

Defense contractor Northrop Grumman designed and produced the two aircraft under a 2007 contract with the Navy.