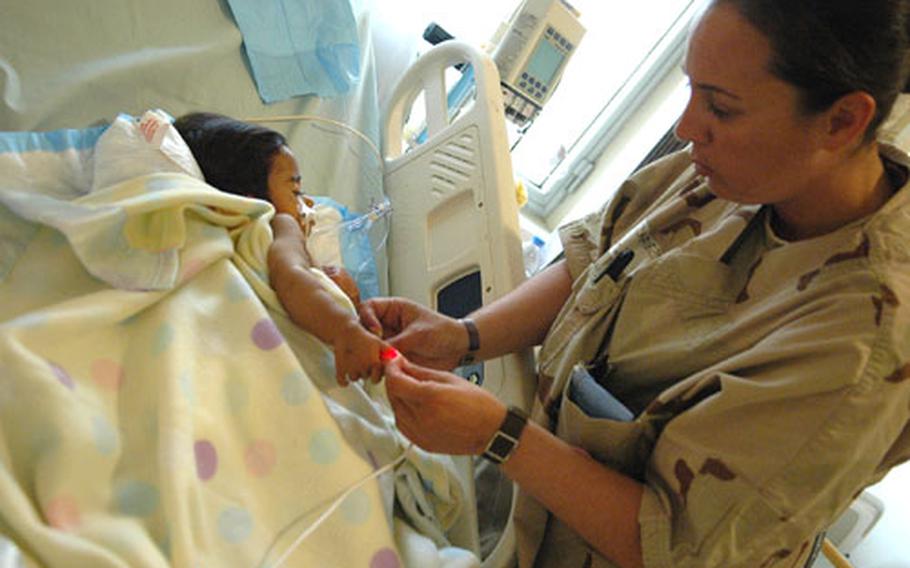 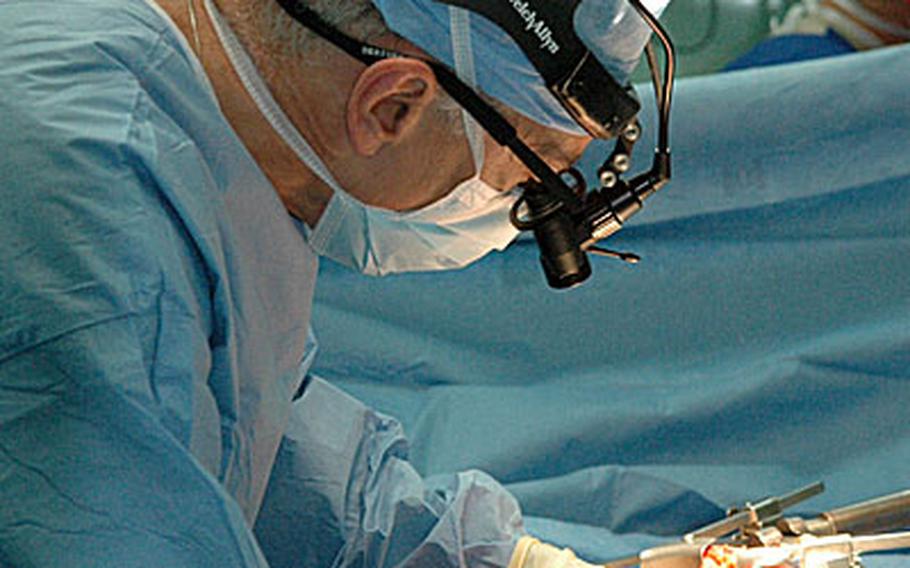 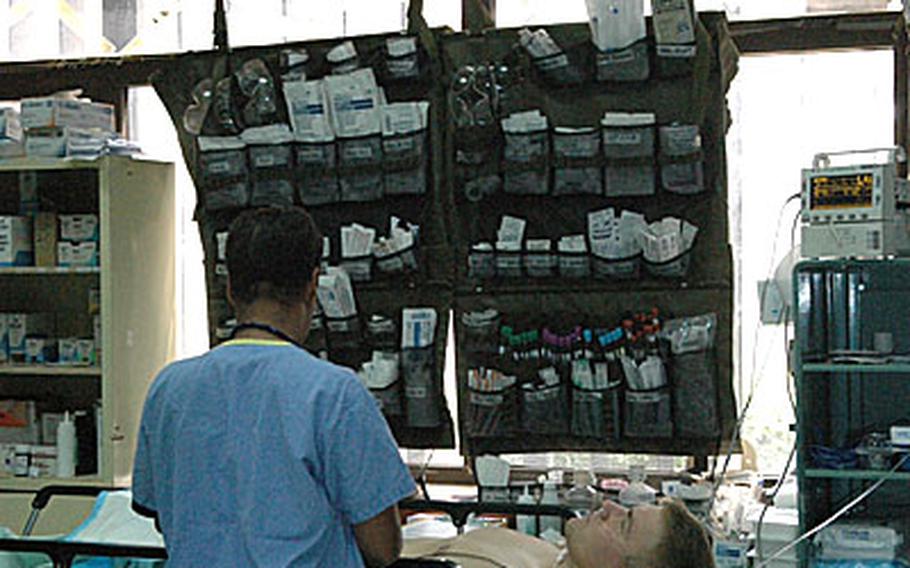 A hospital technician at the Ibn Sina Hospital emergency room attends to Pfc. Dustin Fritschel, 20, of Lockport, Ill., who was injured by mortar shrapnel in Baghdad recently. (Helen Hu / S&S)

BAGHDAD &#8212; If these old walls could talk, what strange tales they could tell.

Ibn Sina Hospital was where Saddam Hussein, his relatives, and government officials went to get well. It was not intended to be a place where commoners took their ills.

The hospital, named after a Muslim philosopher and physician, had a whirlpool bath in its physical therapy room and oxygen and nitrogen pumped through walls at bedside, if needed.

Ibn Sina was a place for the privileged. It was not built to handle a large volume of patients.

Then Saddam was toppled and the U.S. Army took over Ibn Sina &#8212; and it has become a key hospital in Baghdad, seeing bomb-blast cuts, severe burns, gunshot wounds and other combat-related injuries.

Pfc. Michelle Chavez was a medic with the 28th Combat Support Hospital when it first took over Ibn Sina, located in the fortified Green Zone.

She left when the unit departed from Iraq in 2004 and returned with the 28th when it again took charge of the hospital last fall.

She remembers the first post-Saddam days.

There were even materials for doing acupuncture and acupressure treatments.

Ashtrays were scattered about and a couple of portraits of Saddam were found on the site and taken down. Old vaccination records were discovered and tossed.

The electricity in Baghdad was unreliable, and so was the hospital&#8217;s big red generator.

The staff didn&#8217;t want to use the elevator to take patients upstairs, fearing it would come to a halt.

The Army got to work, cleaning the hospital, installing a new generator and replacing outdated or foreign equipment and medicine with American versions.

The whirlpool bath was hauled out of the physical therapy area and lugged downstairs to a spot near the emergency room, with the thought that it might be a nice perk for the staff.

Within days, patients were being transported by Black Hawk helicopters from the hospital&#8217;s previous site at LSA Dogwood, southwest of Baghdad, to Ibn Sina.

Today, a room where Saddam&#8217;s malevolent son Odai once recuperated from an attack by gunmen is the head nurse&#8217;s office.

Soldiers, contractors, and some Iraqis come through the marble-floored emergency room and turquoise-tiled front lobby.

His father had a friend who was a government security officer, so the boy could get treated at the hospital.

He was put in a wheelchair and his foot was treated.