In this image taken by 55th Combat Camera, a U.S. Army soldier radios to his fellow soldiers while searching for weapons caches in northwest Shulla, Iraq, May 16, 2008. Three combat camera troops have been killed while covering the troops fighting in Iraq and Afghanistan. ( Charles W. Gill/U.S. Army)

In this image taken by 55th Combat Camera, a U.S. Army soldier radios to his fellow soldiers while searching for weapons caches in northwest Shulla, Iraq, May 16, 2008. Three combat camera troops have been killed while covering the troops fighting in Iraq and Afghanistan. ( Charles W. Gill/U.S. Army) 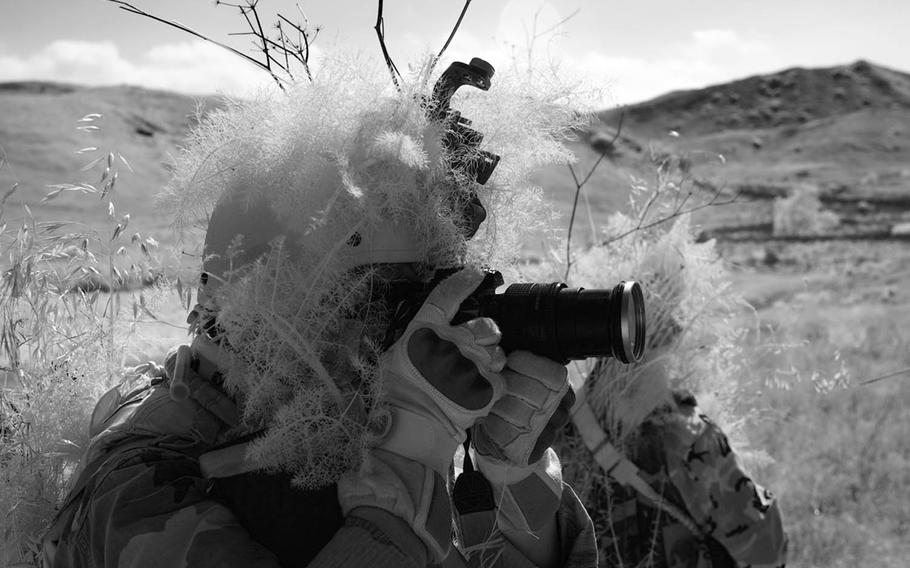 In this photo taken by a combat camera servicemember, U.S. Navy and Marine Corps visit, board, search and seizure team members stationed aboard the guided missile cruiser USS San Jacinto guard suspected pirates on board a dhow on the Gulf of Aden, May 27, 2010. Photographs and video taken by combat camera troops are often released to the public and might show up in local newspapers or on television. ( Ja'lon A. Rhinehart/U.S. Navy) In this image taken by combat camera personnel, U.S. Marine Corps snipers provide cover and observation during a boarding and seizure operation to recover the Magellan Star from suspected pirates who took control of the ship in the Gulf of Aden on Sept. 9, 2010. Combat camera troops get training in aerial, underwater, night-vision and low-light photography and videography (Gregory Tate/U.S. Navy) 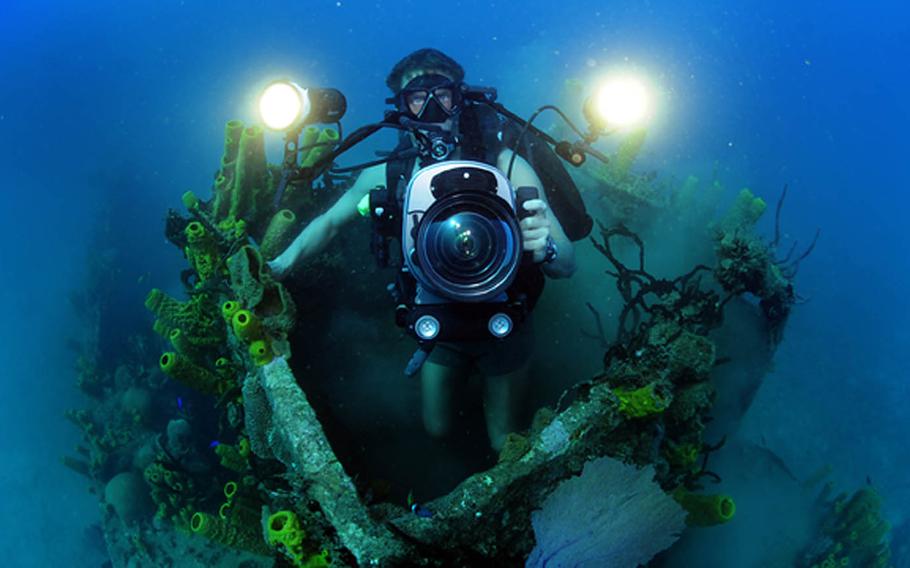 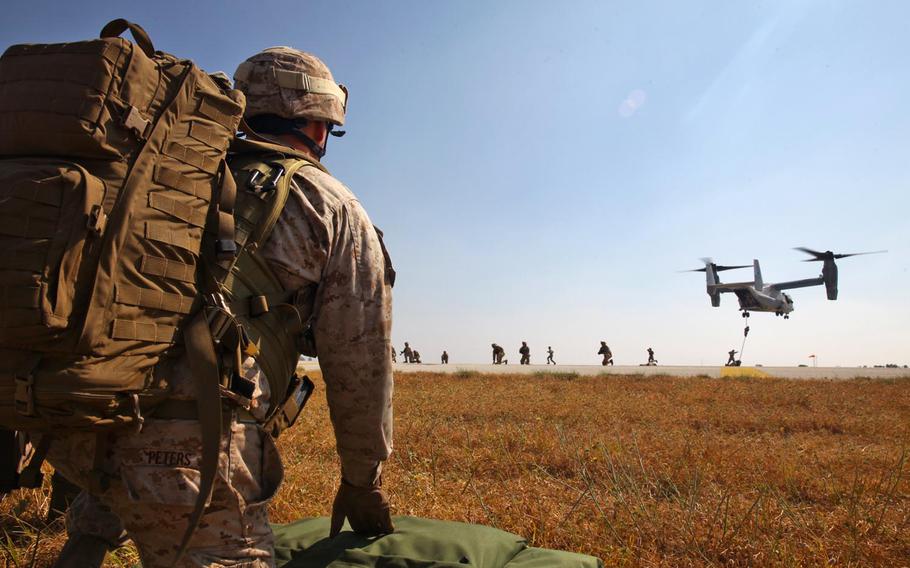 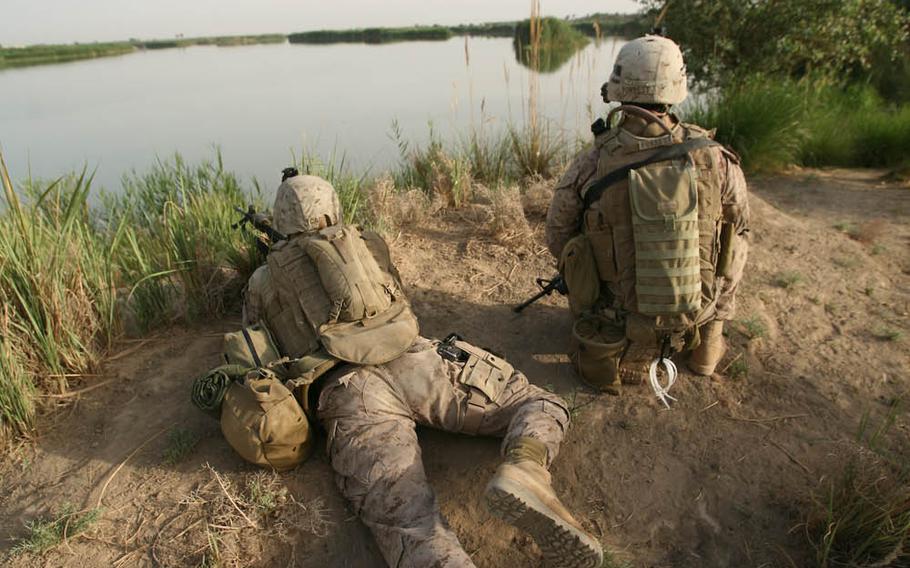 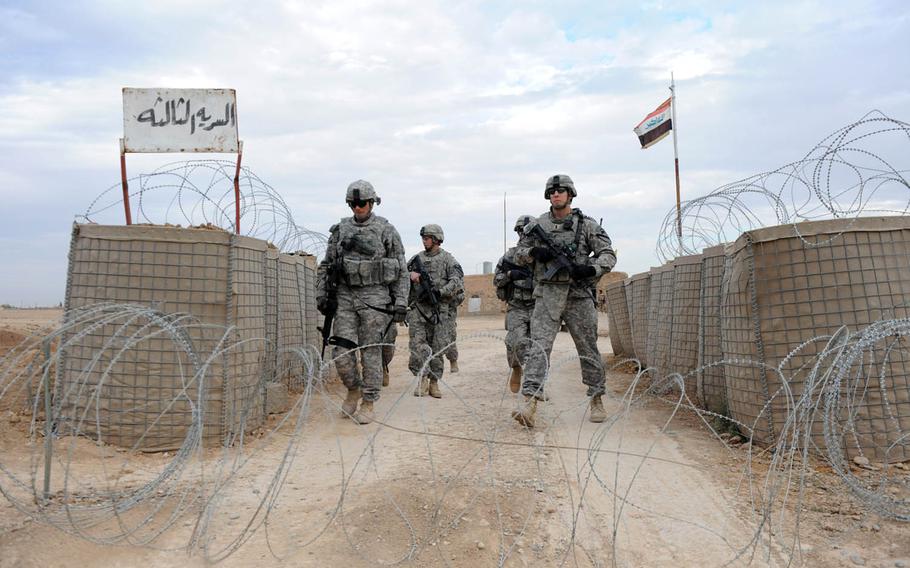 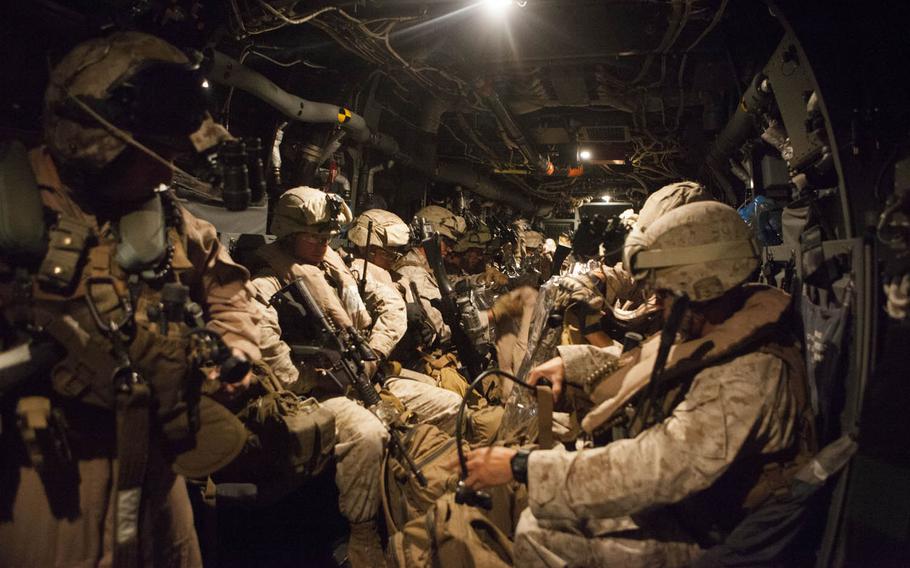 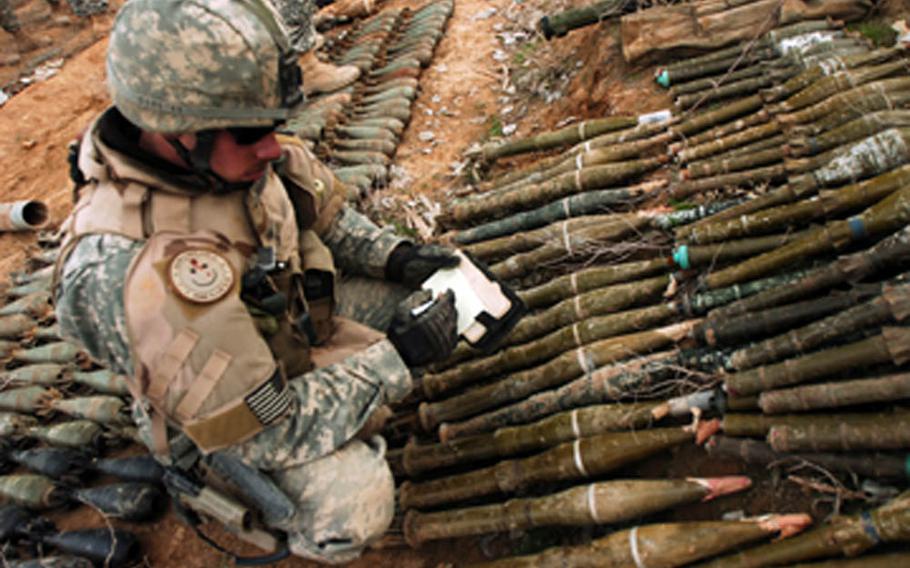 A coalition soldier and Iraqi army soldier count materials found in a large weapons cache in 2006 in Hawija, Iraq, in this combat camera photo. The 700 active-duty troops assigned to combat camera learn combat skills and small unit tactics to allow them to integrate with ground combat forces. (Cassandra Groce/U.S. Army) This combat camera photo shows mortar rounds and other ordnance found during an Iraqi army-led patrol of a village and surrounding areas near Hawija, Iraq, Feb. 20, 2006. (Michael Pfaff/U.S. Army)

When a Marine Corps helicopter crashed during earthquake relief operations in Nepal in May, two combat camera Marines were among the 13 dead.

The deaths highlight the risks taken by combat camera personnel who routinely deploy on dangerous missions all over the world. These highly skilled servicemembers work in public affairs, but instead of responding to media queries, they go to war, often with front-line infantry and Special Forces units.

They get training in aerial, underwater, night-vision and low-light photography and videography. But they also learn combat skills and small unit tactics to allow them to integrate with ground combat forces at any level, said Navy Cmdr. Thomas Cotton, who oversees the Joint Combat Camera Center for Defense Media Activity at Fort Meade, Md.

“Most go well above their service-specific physical requirements to be able to go out on any mission they’re assigned to,” Cotton said. “They should be able to function as one of those individuals (in a combat unit). Not someone (the troops) have to look after.”

The job involves documenting military operations in some of the toughest places on Earth.

A number of combat camera troops have received awards for valor in recent years. Several have been wounded in action, and three made the ultimate sacrifice during fighting in Iraq and Afghanistan.

Marine Cpl. William I. Salazar of Las Vegas, Nev., a videographer, died in a 2004 car bombing in Iraq. Marine Lance Cpl. Ralph J. Fabbri of Gallitzin, Pa., a photographer, was shot dead in 2010 during a foot patrol in Afghanistan. Army Spc. Hilda Clayton of Augusta, Ga., a documentation and production specialist, died during a training accident in 2013 when a mortar shell exploded while she was photographing Afghan soldiers.

Combat camera photographers have deployed with units responding to natural disasters in Indonesia, Haiti and the Philippines.

Even those peacetime missions can be risky.

In May, Lance Cpl. Jacob A. Hug, a videographer, and Cpl. Sara A. Medina, a photographer — died along with four other Marines, two Nepalese soldiers and five civilians in a helicopter crash during an earthquake-relief mission in Nepal.

"With the Marines at Tarawa," a documentary film shot by combat photographers using footage from the Battle of Tarawa in the Pacific Theater during WWII, won the Academy Award in 1945 for Best Documentary Short Subject.

In Afghanistan, for example, photographers and videographers have deployed with divisions and gone out with subordinate units when needed, Cotton said.

Photographs and video taken by the troops are often released to the public and might show up in local newspapers or on television, while others might be classified or used for other purposes. The imagery can help commanders and troops visualize the battlefield before an operation and assess the effectiveness of their mission after it’s over, Cotton said.

“In an age where the adversary can snap a cellphone pic and post it on the Internet with no constraints or proof of validity, it is extremely important that we be able to provide solid visual documentation of operations and engagements to counter misinformation and misleading or blatantly false narratives,” he said.

It’s common for servicemembers, whatever their job, to carry smartphones into battle and produce amateur photos and video.

“The iPhone is great, but you have to consider the person operating a camera … the eye that the trained combat camera soldiers bring when it comes to composition and lighting,” Cotton said. “They are very technical skills that they need to get the most out of the camera.”

Army Sgt. Jesus Guerrero, 29, of Crystal City, Texas, has served with the 55th Signal Company (combat camera) for four years, and deployed to Afghanistan in 2012 and 2013 and Iraq last year.

One of the Afghan missions — he can’t say much about it — was with the 75th Ranger Regiment. One involved editing other people’s photos at Bagram Air Field. In Iraq, Guerrero documented U.S. efforts to train and advise the Iraqi army.

The best photo he’s taken, he said, is a group shot of soldiers snapped after a mission in Afghanistan.

“They had all their gear on and a grungy, dirty look from coming off a mission,” he said, adding that the photo “went viral” after it was posted online.

“When I joined the Army I said I wanted to get away from Texas,” she said. “They said this (military occupational specialty) will send you to Korea your first year. I said, ‘The first word is combat. Sign me up.’ ”

“There was a lot of blood and guts,” she said.

A 2006 tour to Afghanistan was more of a “hearts and minds” mission, but Flores saw plenty of action when she returned there to support Special Forces last year.

“We would go out on missions and try to take down the bad guys,” she said. “I don’t think there was a time on my last trip where we weren’t being shot at or people weren’t trying to blow us up.”

Few combat camera troops go on to become civilian war correspondents. A major difference between the combat camera job and that of a photojournalist or TV cameraman is deciding whether to shoot images or bullets, Cotton said.

“(Combat camera troops) are with the front-line units,” he said. “When these units get into a firefight, combat camera is right there in the middle of it. We ensure that these folks, when they go outside the wire, they have the training so when you have to put down your camera and pick up their weapon they are part of that unit and its defense.”

“If that means documenting the breach or the squad as they enter the objective, that is what they will document,” he said. “If they are there to document what is found inside, then they could enter as part of the team clearing the house and then document when the clearing is done. It all comes down to the requirements, however … the situation could turn very bad very quickly. That is when they have to be able to drop the camera and step in as an integral part of the squad.”

Flores, who is about 5 feet tall and 135 pounds, weighs more than 200 pounds with all of her gear, including vest, helmet, weapon and camera equipment.

“We tell the people we are attached to that we are not just an enabler,” she said. “We are a force multiplier.”

Combat camera troops suffer from post-traumatic stress disorder at a similar rate to other servicemembers in front-line units, Cotton said.

“It’s a concern to us,” he said. “Sometimes they take disturbing pictures and, after the incident has happened, the person has to go over the photographs and video and relive it over and over. The incident is done, and you are still dealing with it.”

Flores, who has been inside three vehicles that were struck by roadside bombs and has photographed dead bodies and civilians wounded on the battlefield, tries to leave bad feelings inside the camera but said it can be tough editing disturbing photos and video.

“It brings it all back,” she said. “It really happened. I was there for that. I didn’t just dream it or imagine it.”