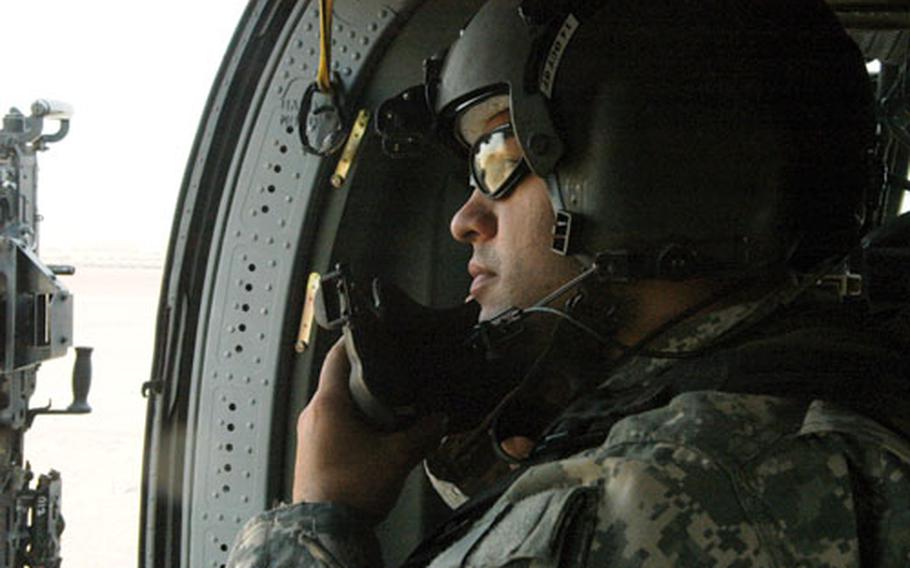 BALAD, Iraq &#8212; A new Army combat aviation brigade is being created on the fly in Iraq.

About 700 soldiers in 12th Combat Aviation Brigade, based in Katterbach, Germany, will create a temporary aviation brigade for the 4th Infantry Division when it arrives in Baghdad in December.

This means the new brigade needs to be up and running in two months.

The 12th CAB has been in Iraq at Logistics Support Area Anaconda for a few months, which makes it easier, Col. Timothy Edens, the brigade&#8217;s commanding officer, said Friday.

The Headquarters and Headquarters Company, Task Force Storm, and 412th Aviation Support, 4-3 Air Cavalry will move to Camp Taji, while an Army aviation unit from Alaska will cover the home front in Iraq.

&#8220;Surge&#8221; troops are getting ready to leave, and the Army wants to do more with less without extending troops or pushing up deployments, Edens said.

The new brigade will be temporary, lasting only eight months until 4th ID&#8217;s own aviation brigade is ready to deploy again.