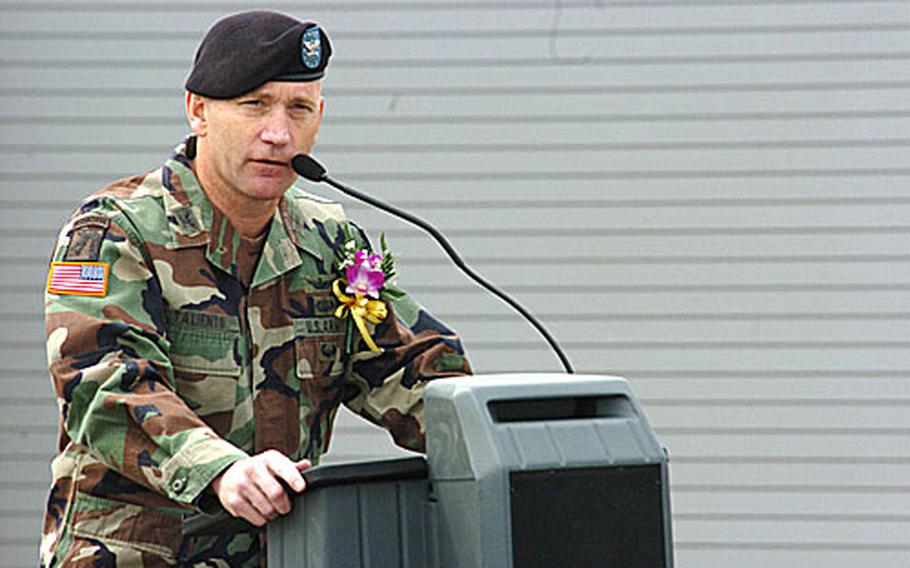 PYEONGTAEK, South Korea &#8212; The outgoing Camp Humphreys garrison commander said one of his most memorable experiences in his three-year tour was opening a new housing tower on the installation.

During a brief ceremony in September, Col. Michael J. Taliento Jr. opened the eight-story, 48-unit housing tower that provided immediate housing to families &#8212; some of whom had been living off post.

It also is an example of the $350 million wave of infrastructure projects completed or under way at the base, much of it overseen by Taliento.

Humphreys eventually is to triple in size and become the U.S. military&#8217;s flagship installation on the peninsula under a South Korea-U.S. agreement.

Major projects &#8212; like family housing towers &#8212; have been completed or are under way. Outside the existing post, work began this year on a vast adjacent tract onto which Humphreys will eventually expand.

&#8220;When this transformation is completed, Humphreys will definitely be the best place to serve overseas, if not in the entire Army.&#8221;