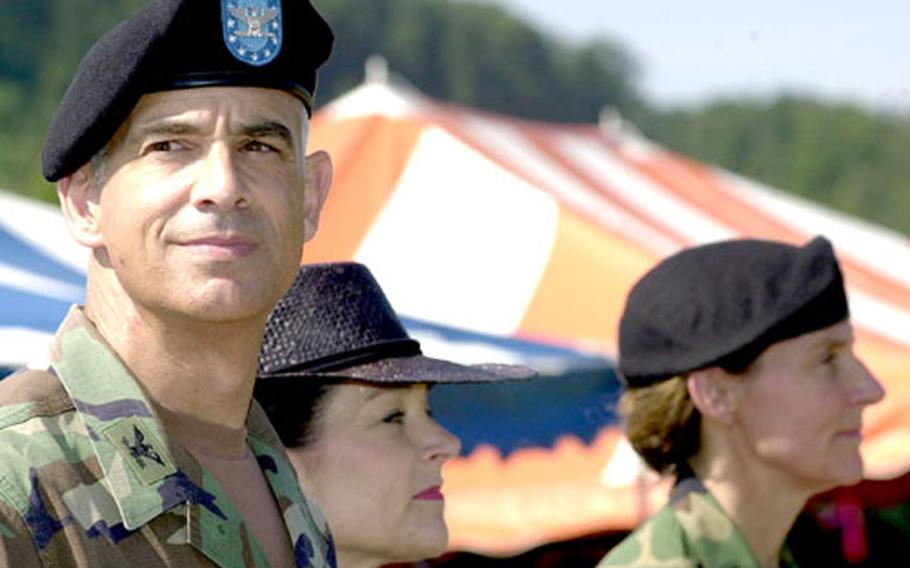 LANDSTUHL, Germany &#8212; The staff and leaders at Landstuhl Regional Medical Center are accustomed to handling crises.

Operations expand to treat the influx of patients from a war or a terrorist attack or an accident. Then, things usually return to normal; the hospital is the primary care facility for roughly 300,000 military members, civilians and retirees in Europe, Africa and the Middle East.

In the past two years, however, Landstuhl has been working at a constant crisis level, said Col. David Rubenstein, who took command of it on July 18, 2001.

Rubenstein, 48, came aboard scarcely two months before the terrorist attacks in the United States prompted Operation Enduring Freedom, the military response in Afghanistan.

By October, the first casualties from Afghanistan began arriving at Landstuhl and they are still flowing in today.

Then late last year, the military buildup in Kuwait prompted a new stream of patients from the Middle East. With the war in Iraq in March, casualties from Operation Iraqi Freedom arrived. The daily patient count from Iraq is higher this month than since the beginning of the conflict.

During the war, Rubenstein appeared regularly on international television and in print with updates on the war wounded.

The Universal City, Texas, native credits his 2,500-member hospital staff, saying he was proud to speak on their behalf.

He turned over command of the hospital on Friday to Col. Rhonda Cornum, a Desert Storm veteran, flight surgeon and researcher.

&#8220;He has truly left a legacy that will be the foundation for this organization to excel into the future. He will surely be missed,&#8221; Harris said.

Rubenstein said he is proudest of two things during his tenure:

In May 2002, the Commission on Accreditation of Health Care Organizations gave Landstuhl the highest score of any Army or Air Force medical center. That civilian agency inspects hospitals every three years to ensure they are following regulations for safe patient care. The survey came at the height of Operation Enduring Freedom.

Rubenstein, who has been in the Army 26 years, is writing two military medical history books. He spends his free time with his wife, Patricia, and their children Sarah, 21, and William, 16.