Colchester: A new look at an old British town 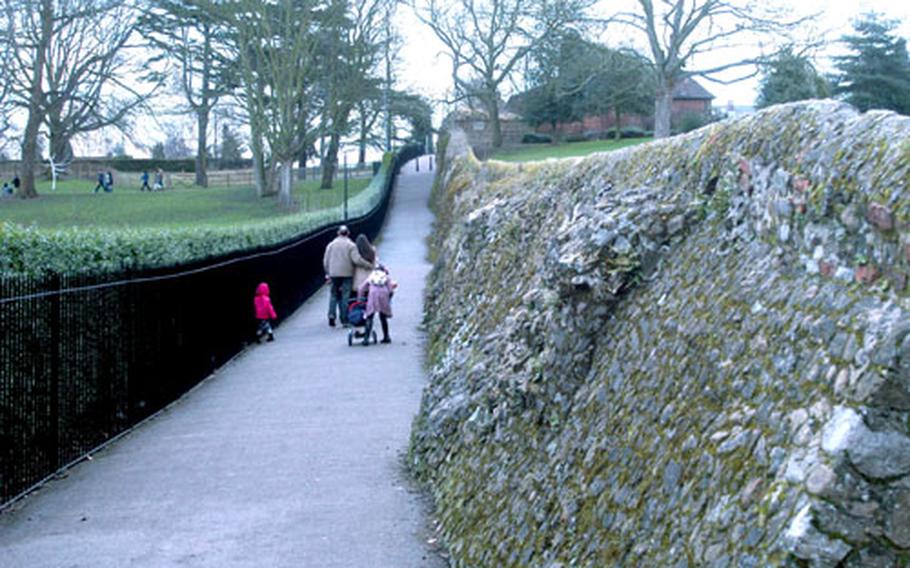 A family walks alongside a wall built by the Romans nearly 2,000 years ago. (Bryan Mitchell / S&S)

A family walks alongside a wall built by the Romans nearly 2,000 years ago. (Bryan Mitchell / S&S) The town hall clock tower is seen in the distance on High Street in the City Centre. (Bryan Mitchell / S&S) 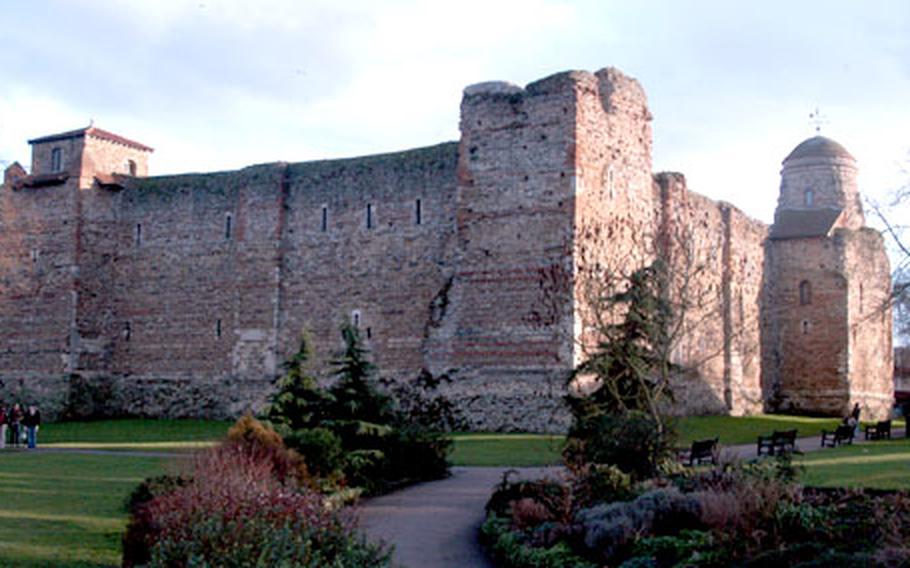 The Norman keep at Castle Park is the largest surviving construction of its kind. (Bryan Mitchell / S&S)

COLCHESTER &mdash; There&rsquo;s nothing like a leisurely day trip to ward off the stresses of Air Force life: the freedom of the open road, the allure of the sprawling countryside and the joy of exploring the hitherto unknown corners of England.

It keeps the soul alive.

And there&rsquo;s no place that combines antiquities-linked history, arts and culture and modern convenience in such a well-kept package like the charming city of Colchester, in the heart of Essex.

Set along the shore of the River Colne, Colchester bills itself as the oldest city in England. Naturally, a few other towns in the south of the country also vie for that title, but Colchester is irrefutably the oldest Roman settlement in the United Kingdom.

Roughly 55 miles from downtown Mildenhall, an easy jaunt to Bury St. Edmunds on the A1101 followed by a lovely drive along the A134 to Colchester translates into a 1&frac12;-hour trip. Easily discernible road signs will steer you from Suffolk all the way to Essex&rsquo;s university town.

The cover of Colchester&rsquo;s 2006 visitor&rsquo;s guide bills the city as &ldquo;More than Britain&rsquo;s oldest town,&rdquo; but it would be foolish to drive here and not visit the Roman ruins. In A.D. 43, the Roman Emperor Claudius conquered this town and established it as the first British Roman capital.

In typical Roman fashion, infrastructure designed to endure the ages went up soon after. After you park in one of the several main parking lots off the A134, a quick walk through the bustling town centre will take you to Castle Park, where a several hundred-foot-long remnant of a Roman wall still stands.

The Romans built the wall after the indigenous people burnt the town and its Roman temple to the ground in A.D. 60.

Castle Park also features, well, a castle. But this is no ordinary castle. It&rsquo;s the largest surviving Norman keep ever constructed. The castle has been converted into a museum that traces the town&rsquo;s distinguished history from the pre-Roman days to the English Civil War. It costs 4.75 pounds to tour the museum.

If you visit on a sunny day, a stroll through the expansive park offers an opportunity to walk off the drive and take in a hilly courtyard that has put visitors at ease for thousands of years.

Adjacent to the Castle Park, High Street is Colchester&rsquo;s main thoroughfare that runs from the park&rsquo;s main gate east to Head Street. A stroll along High Street is rather anticlimactic because of its litany of American import fast food joints set among alarmingly anonymous pubs.

In all fairness, the Town Hall does feature a striking clock tower worth photographing, but unless you have business with the local municipality, the building is better not entered. It&rsquo;s just full of city offices.

But, between the main parking lots off the A134 and High Street is a mishmash of disjointed foot paths lined with mom-and-pop eateries, trendy boutiques and specialty stores that begs a pedestrian to wander for hours. Our party took two complete laps around the area to window shop and surely still missed an Irish crystal shop or a Swiss chocolate outlet store along the way.

You can stroll into an open-air fruit and vegetable stand to scoop up a bag full of nature&rsquo;s candy, stop into one of the several flower shops and surprise your significant other with a floral arrangement or splurge on a watch sure to impress at one of the many high-end jewelry stores.

Grab a coffee or a soda and take a seat in Culver Square, where students converge by the dozens after school lets out to flirt the afternoon away.

I perused the Virgin music shop and momentarily drifted back to a time when I had hours to explore the hottest new bands&rsquo; tracks on the store&rsquo;s complimentary headphones.

For some hearty travelers, a stroll through a quiet park, sipping a rich coffee in a bustling plaza and exploring the front line of history is just not enough. Colchester has something for those types as well.

Scenic steam train rides, canoeing or paddle boats trips along the Colne River and imminently classy spas offer diversions for everyone from the outdoor enthusiast to the cosmopolitan chic standard-bearer.

For more information on the full list of things to see and do here, go to www.visitcolchester.com.