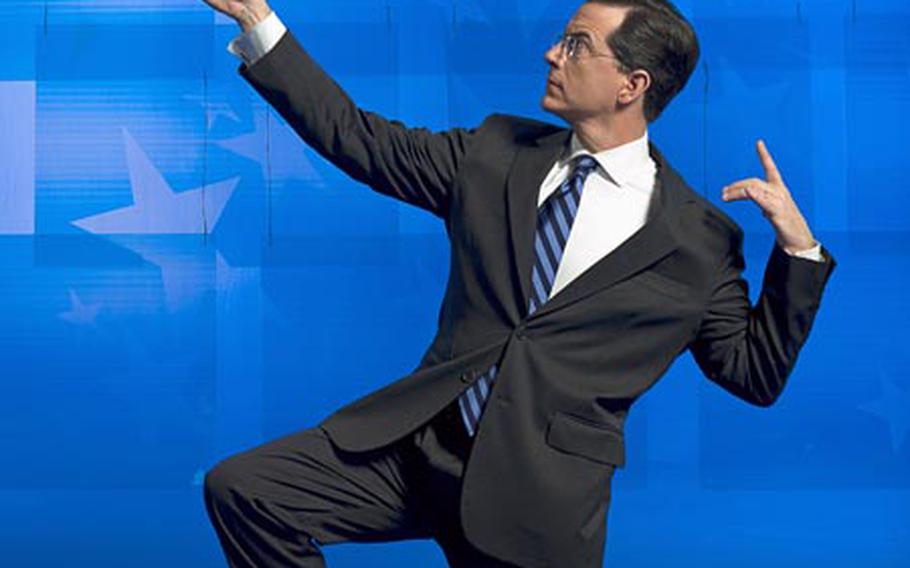 The host of Comedy Central&#8217;s &#8220;The Colbert Report&#8221; said he is headed to the Persian Gulf to entertain U.S. troops, but he repeatedly declined to give further details.

Who told him this?

Colbert would only say he will do a week of shows somewhere in the Persian Gulf from &#8220;a place that is packed with troops.&#8221;

Despite using the number of U.S. troops in Iraq to describe the purpose of this trip, Colbert would not confirm that he is actually going there.

Colbert said he is headed downrange at the invitation of Gen. David Petraeus, head of U.S. Central Command.

Expect the same type of biting humor about current events that you see on his show every night, he said.

&#8220;We&#8217;ll have interviews with world leaders, hopefully, world and military leaders, and then of course I want to talk to the men and women on the ground,&#8221; Colbert said.

In all seriousness, Colbert said he is honored to have been asked to entertain U.S. troops.

Colbert said he is &#8220;particularly happy&#8221; to perform for U.S. troops now that the media has stopped covering them for the most part to focus on the economic crisis.

One thing is clear: He needs to brush up on his military jargon.

Army to shrink reenlistment window to one year starting Friday