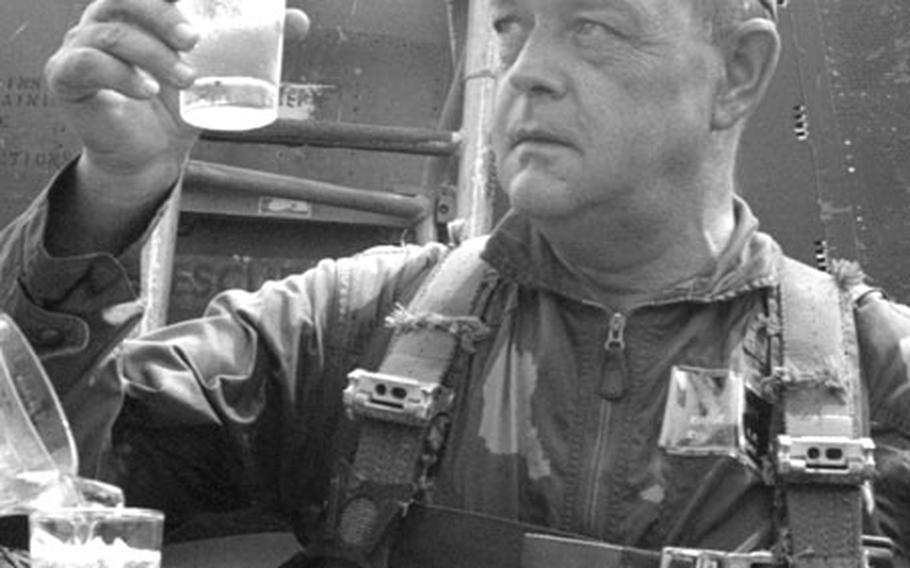 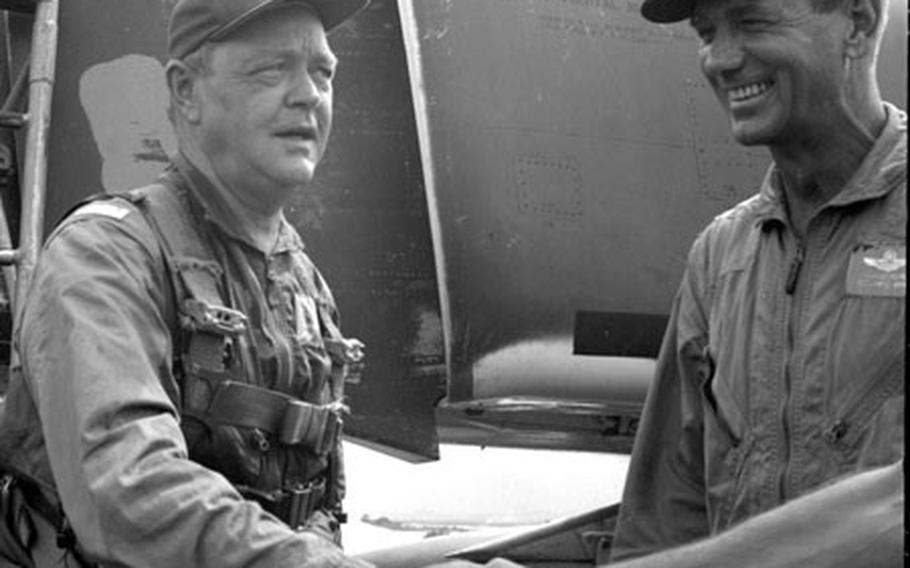 Buy Photo
Col. Levi Chase accepts congratulations after returning to base from his 500th fighter mission. (Wallace Beene/Stars and Stripes) 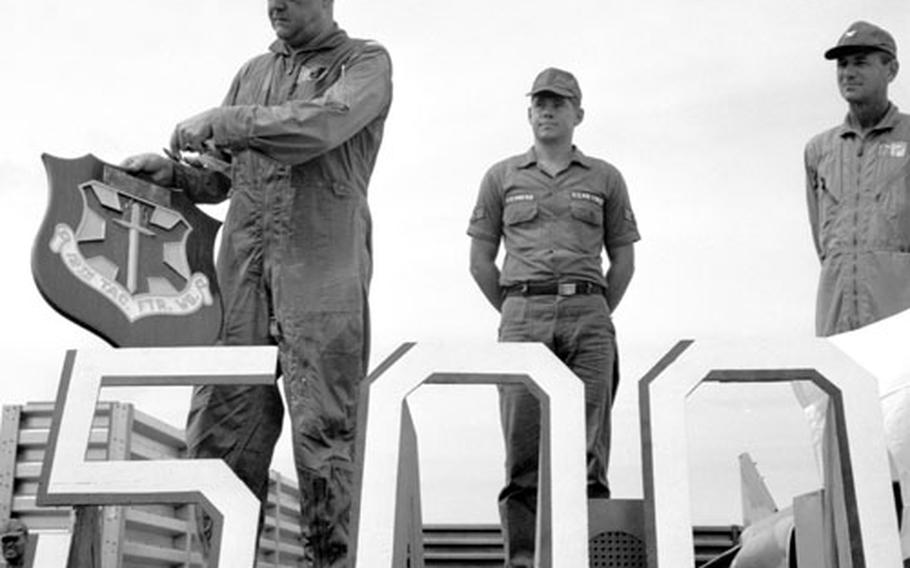 Buy Photo
Col. Levi Chase holds a plaque honoring his 500th mission as he speaks at a post-flight ceremony. (Wallace Beene/Stars and Stripes)

CAM RANH BAY, Vietnam — The sleek F-4C Phantom banked sharply over the sparkling waters of the bay and glided to a smooth landing on the airstrip of aluminum slabs.

As the pilot taxied up to the refueling area, he found a group of men waiting to welcome him. On a truck parked nearby was a cake bearing the inscription "500 missions."

Climbing down from his 1,600-m.p.h. fighter, Col. Levi R. Chase marked another milestone in his remarkable career by taking a drink — of ice water.

As leader of the 12th Tactical Fighter Wing, he had just racked up his 500th fighter mission in a career that spanned three wars and 25 years; during World War II he was the only pilot to shoot down planes of Germany, Italy and Japan.

"I really feel like the old man today," he growled as he peeled off his sweat-soaked flying gear. It was his second mission of the day and the lines of fatigue were etched deeply in his face.

"We hit some VC areas about 30 miles from Chu Lai," he explained. "Didn't get the secondaries we had hoped for, but it was a good strike.

He mounted the platform to receive a plaque and cut the cake, taking time only to thank his ground crews.

In chalking up his 500th mission, Chase became one of the few fighter pilots ever to reach the mark.

A native of Cortland, N.Y., he attended Syracuse University before entering the Army Air Corps in 1941. As a member of the 33d Pursuit Group, he flew a P-40 from an aircraft carrier in the invasion of North Africa.

Before completing his tour, he shot down 10 enemy planes and became the leading ace in the Tunisian theater.

During 1944 and 1945 he flew in the China-Burma-India theater and led the longest fighter-bomber raid of the era, a strike from a base in north Burma to Bangkok. Before leaving the area, he shot down three Japanese planes and brought his total to l3 — including nine German and one Italian.

He left the military after the war and attended law school for two years, but was recalled for the Korean War and flew three combat tours there.