Coffeehouse at Vilseck to serve up java, music for 2nd Cavalry 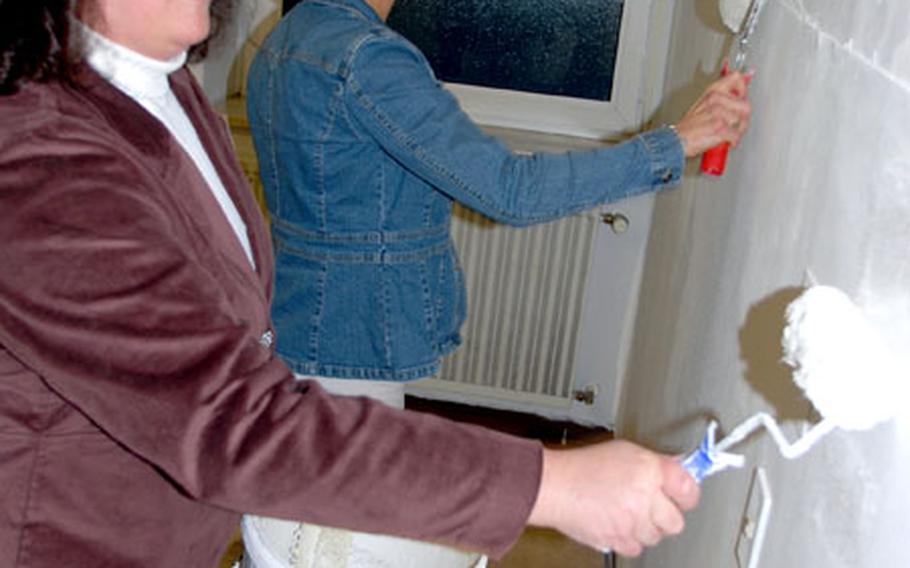 This week, Chaplain (Maj.) Samuel Lee, along with unit spouses, renovated a 4,500-square-foot former hospital building to serve as a coffeehouse.

The coffeehouse, across the road from the movie theater, will include a reception area with free coffee and snacks donated by the on-post Protestant church.

One large room will serve as a dining area. Another even larger room is earmarked for meetings.

There are two reading/music rooms and a game room that will feature two plasma televisions loaned by the Grafenw&#246;hr Chaplain&#8217;s office.

The televisions will screen football games and also be used for Xbox and PlayStation gaming, Lee said.

Another room is perfect for a pool table, although Lee has yet to acquire one.

A movie room will feature a projection television but will double as a large meeting room, he said.

The coffeehouse will be a place for single soldiers to hang out.

It also will be used for Bible study, small group meetings and functions for the &#8220;geographical bachelors&#8221; &#8212; married soldiers who left their families back in the States, he said.

&#8220;We need to provide a place where soldiers can meet friends and play cards. Not all soldiers enjoy smoking and drinking. This building will be a nonalcoholic and smoke-free, which is rare in Germany,&#8221; he said.

The fact that hanging out at the coffeehouse will cost nothing should be a plus for many young soldiers, he said.

&#8220;I know a soldier who is sending half his salary home to help his widowed mother and his young sister. Some soldiers are saving money for college. They can&#8217;t afford to go downtown every weekend,&#8221; he said.

Seventy-six people turned up last weekend to renovate the building, which has been vacant much of the year and was scheduled to be demolished or refurbished as a bank before the coffeehouse proposal was accepted by the Army, Lee said.

One of the volunteers, 2nd Cav spouse Lana Leau, said the Protestant Women of the Chapel, of which she is a member, plans to be involved with the coffeehouse project.

Barnett said the goal is for the rooms to be comfortable for both soldiers and family members.

Second Cav has not set a date for the coffeehouse opening but is working to complete the project as quickly as possible, 2nd Cav spokesman Maj. Jon Pendell said.