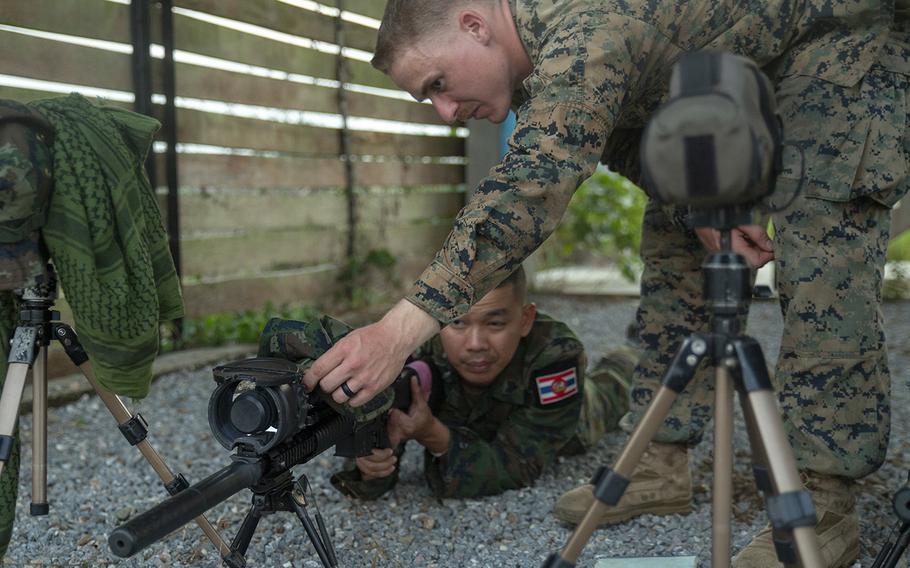 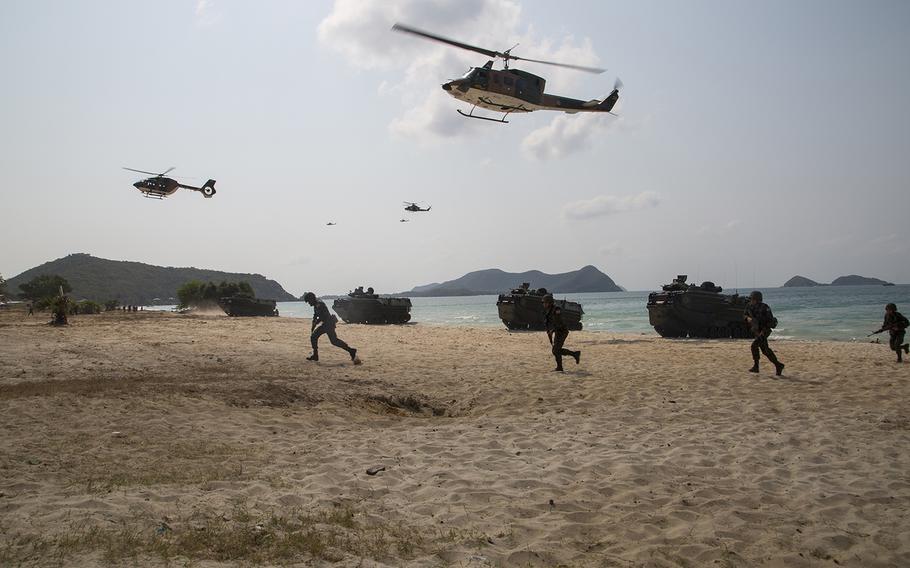 Cobra Gold, one of Asia’s oldest and largest multinational military exercises, wrapped up for another year Friday in Thailand after 11 days.

The annual exercise, sponsored by U.S. and Thai armed forces, brought 27 other nations together for a variety of activities, from underwater demolition training to sampling the still-warm blood of its namesake reptile.

In a season of threats over maritime rights in the South China Sea, even China, a potential adversary to the U.S. and its allies, took part in a civic exercise. Chinese troops joined those from the U.S., Thailand and South Korea — more than 50 in all — to construct a multipurpose building at Ban Man Kroi School in Rayong Province, Thailand.

And for the first time in the 37-year history of Cobra Gold, the participating nations held a cyberspace field exercise. Training consisted of identifying a cyberspace attack and defending information and warfighting systems, according to a statement by the exercise organizers.

“Right now, cyberwarfare is different from the other types of warfare, because with the others you have to declare war,” said Royal Thai Air Force Group Capt. Amorn Chomchoey, director of Cyber Warfare Division, Office of Command and Control, Directorate of Information and Communication Technology, in the statement. “But for cyberwarfare, it’s happening every day. For instance, right now the assets we are protecting, there are going to be bad actors or hackers that are trying to access any of that.”

Overall, about 10,000 personnel took part in Cobra Gold 19, about 4,500 of them from the U.S., which sent a contingent of Seabees, the amphibious transport dock ship USS Green Bay, 1st Battalion, 4th Marines of the 31st Marine Expeditionary Unit, the 5th Battalion of the U.S. Army 20th Infantry Regiment and the Air Force 35th Fighter Squadron.

Participants this year focused on improving their ability to plan and conduct operations together, improve maritime security and respond to natural disasters.

“The first time you meet somebody really should not be at the scene of a disaster,” said Joseph Martin, director of the Department of Defense Center for Excellence in Disaster Management and Humanitarian Assistance, in a statement released by the exercise. “It should be at a training event, like [this], where you can build those relationships.”

During one of the signature field events, Royal Thai military instructors demonstrated for U.S. troops during jungle survival training how to drink cobra blood and find sources of food and water.

“If we were ever to come into a jungle environment and face threats, it is really good to know how to survive,” said Lance Cpl. Brendan Gallagher, of the 31st Marine Expeditionary Unit, in a military news release Feb. 14. “It is great to work with other countries, learning what other people know, sometimes they know things we don’t and we can help each other by sharing knowledge.”

At the opening ceremony, Peter Haymond, the interim chargé d’affaires at the U.S. Embassy in Bangkok, said the yearly exercise had improved the participating nations’ response to the 2004 Indian Ocean tsunami in Indonesia; the 2011 Tohoku earthquake and tsunami in Japan; the 2013 Typhoon Haiyan in the Philippines; the 2015 earthquake in Nepal; and, most recently, the rescue of the Wild Boars soccer team from the caves in northern Thailand.

The conclusion of this year’s Cobra Gold came just ahead of the general elections scheduled to take place March 24 in Thailand, the country’s first national vote since a military coup in May 2014.

The number of U.S. units taking part in Cobra Gold was reduced in the year following the coup, although U.S. involvement has returned to normal over the past two years.