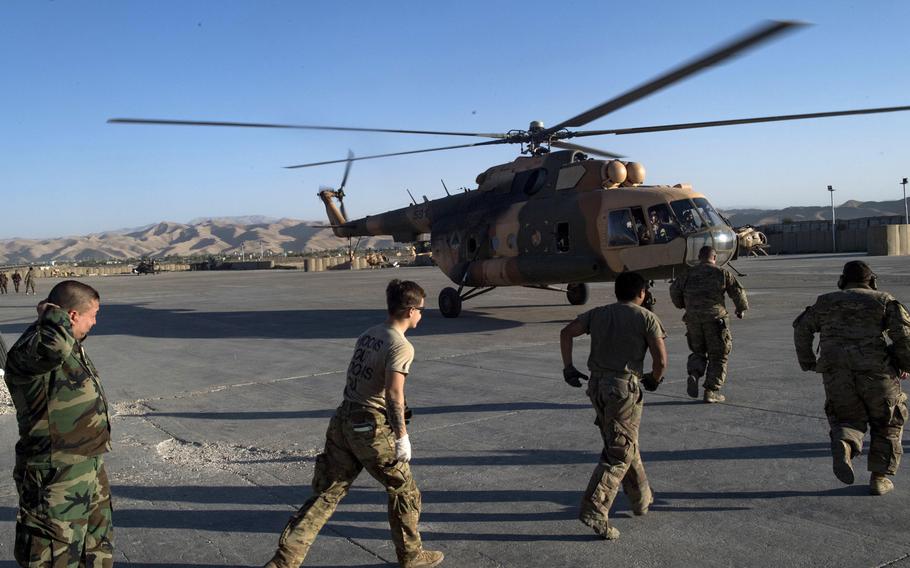 Mattis said the international coalition — which focuses on training, advising and assisting Afghan forces — had begun providing more support in other areas. He didn’t elaborate.

“The Afghan army has taken severe casualties over the past year and a half,” Mattis told reporters Monday at the Pentagon. Mattis stopped short of calling the casualty rate unsustainable when asked if it was.

“When people say something is unsustainable, it is better to look at what they have actually sustained, and it appears they’ve sustained it somehow,” he said.

Mattis’ comments came a day after Afghan Defense Minister Gen. Tariq Shah Bahrami told parliament’s upper house that the past month had been the deadliest ever for the Afghan army.

“Unfortunately, in the last month, 513 [Afghan National Army] soldiers were killed, 718 wounded and 43 captured; it was the highest number of fatalities we have had in a single month,” Bahrami said, according to Afghanistan’s TOLO News.

Adding to the toll were the Taliban’s storming of Ghazni city – which required U.S. special operations forces and air power to tackle – and attacks on three military bases in different parts of the country in August.

Bahrami said enemy casualties during the same period were three to four times those of government forces.

Afghan casualties, an important number for gauging success in the U.S.’s longest war, now in its 17th year, have largely been kept from the public since last year.

In October, the Special Inspector General for Afghanistan Reconstruction said it had been asked by the U.S. military not to publish casualty data, attrition rates or recruitment numbers.

U.S. Forces-Afghanistan said much of the information was being restricted at the request of the Afghan government, which has fueled speculation that the Afghans are sustaining heavy losses and finding it difficult to recruit new soldiers.

SIGAR in July highlighted continuing manning shortfalls among Afghan security forces, saying they were at only 89.3 percent of their goal strength.

The Afghan army and police have suffered rising casualties since 2014, when international combat operations ended and they took charge of securing the country.