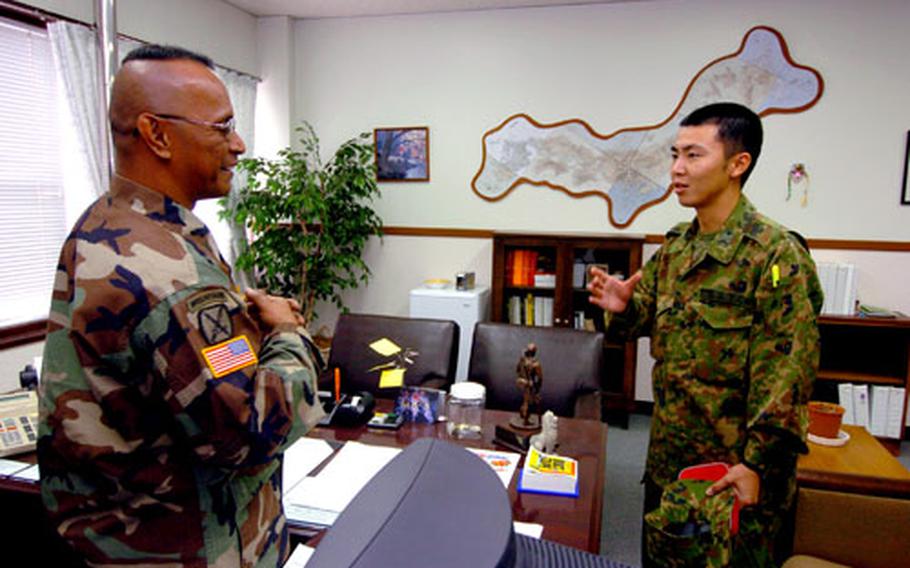 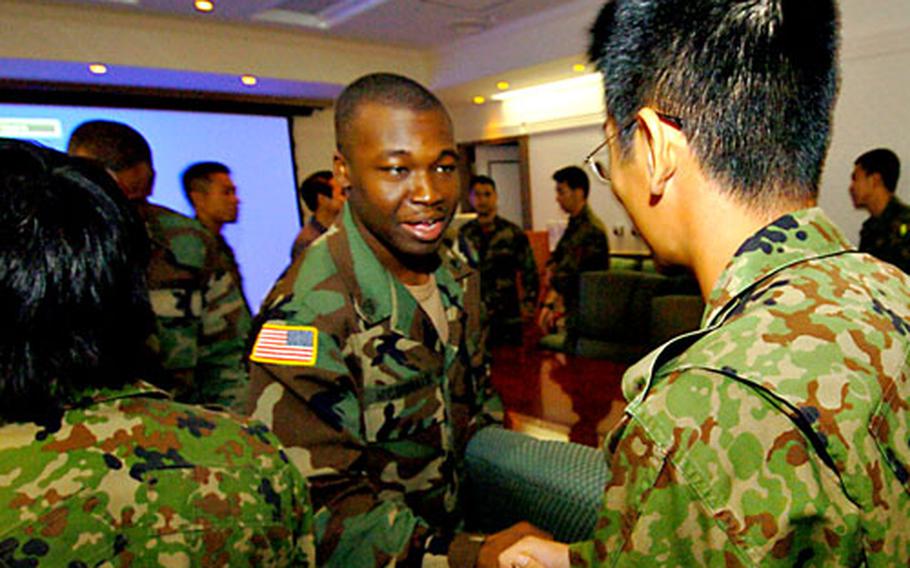 CAMP ZAMA, Japan &#8212; During the three months Japan Ground Self-Defense Force member Sgt. Masami Otabe was assigned to U.S. Army Japan as a &#8220;co-op,&#8221; she learned not only English but also how the U.S. Army functions and how it treats its noncommissioned officers.

The USAR-J-Ground Staff Office Cooperative Work Program, known as the &#8220;co-op&#8221; program, blends a group of Japanese servicemembers into various commands at Zama to practice English and to learn about the U.S. Army structure.

The dozen participants work directly with American soldiers, who show them around, lead them in physical training and, in many cases, invite them into the base and American society.

The program is one of the strongest and most successful bilateral relationships between Japan and the United States, and the foundation it gives can be credited at least in part for Japan&#8217;s ability to participate with coalition forces in Iraq, according to organizers and participants.

The program has evolved to include noncommissioned officers. The first NCO joined the program in 2002 and now, for the first time, all 12 of the current co-ops are NCOs.

In Japan, officers above the company level don&#8217;t often work closely with NCOs, said USAR-J Command Sgt. Maj. Charles Hopkins, who is hoping to encourage the JGSDF to change that.

The problem mirrors that of the U.S. Army that Hopkins joined more than 30 years ago. At the time, previous drawdowns had eroded the NCO corps, so when senior enlisted leaders were needed during the Vietnam War, the Army ran short. Junior soldiers were promoted to fill gaps.

After the war, Hopkins said, the U.S. Army created the command sergeant major program and other leadership training to make sure NCOs are capable leaders. Japan now is doing the same, Hopkins said.

Participants in the co-op program, both officers and NCOs, get a close look at the role and responsibilities of the modern U.S. Army NCOs.

Otabe, who comes from the JGSDF Central Intelligence Service Unit in Tokyo, was most impressed by the power granted to NCOs in the U.S. Army.

During physical training, for example, soldiers leading had the freedom to customize the training.

The co-op program also introduces the Japanese participants to American life, during duty and off-duty interaction.

Sgt. 1st Class Makoto Watanabe, from the 39th Infantry Regiment, 9th Division of Northeastern Army in Camp Hirosaki and the leader of the NCO co-ops in the spring group, participated in sporting events and went out drinking with soldiers.

&#8220;I was able to see the differences between Japan and the United States in situations outside of work as well,&#8221; he said. He also learned more about the U.S. Army NCOs. He plans to apply much of that knowledge when he returns to training Japanese NCOs at his home unit.

The program also introduces Americans to Japan. One of the co-ops&#8217; responsibilities is giving three oral briefings in English: on their own command, their hometown, and an aspect of Japanese culture and society.

The co-ops also write papers for the Self-Defense Forces, to extend the experience to others in their service, Kim said.

At its heart the program offers training by experience. But participants don&#8217;t just sit back and absorb for several months.

The co-op program was boosted in recent years by USAR-J commander Maj. Gen. Elbert Perkins, who combined the NCOs and officers into one program &#8212; they had been separate &#8212; and asked Kim to expand it.

Perkins personally hosts a welcome and farewell banquet for the group and asks each co-op about his or her experience individually.

It&#8217;s one of the general&#8217;s most important bilateral programs, Hopkins said. It helps U.S. soldiers by introducing them to the future military leaders of Japan and the people with whom they will work during bilateral exercises down the road.