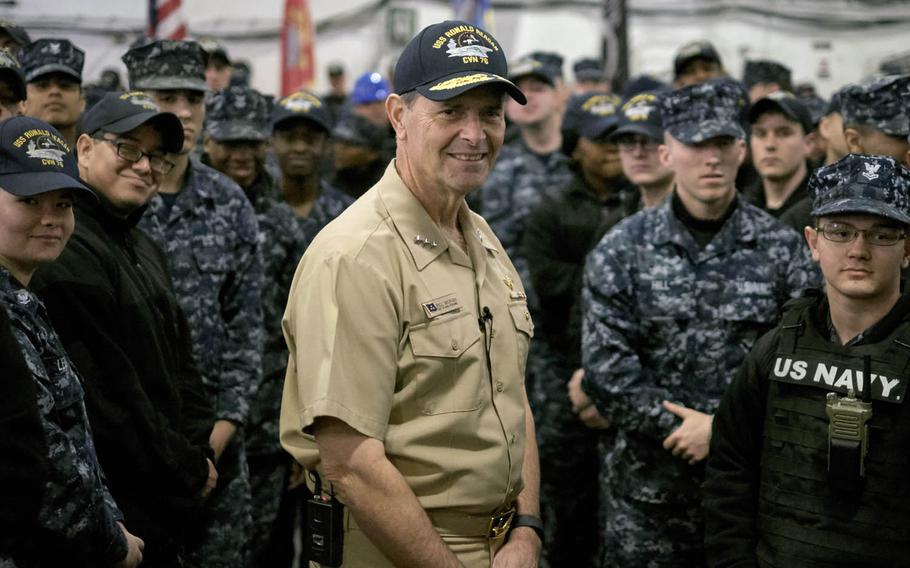 Last year, discussion in Washington, D.C., included phasing out double basic housing allowances for dual military families. While neither in this year's National Defense Authorization Act nor a cut Department of Defense officials are pursuing, the topic may be further addressed by Congress. Following concerns brought up by Adm. John M. Richardson, chief of naval operations, and Secretary of the Navy Ray Mabus, the decision was pushed back to a yet-to-be-determined date.

“It’s not in effect now, but I can assure it will be revisited later this year,” Moran said. “What isn’t accounted for is the additional expenses that dual military couples incur that aren’t seen anywhere else: long-term child care, paying rent and a mortgage,” Moran said. “It’s our job to figure out how to account for those additional expenses … and find out how long the proposed phase-out will take so our sailors can plan for it.”

Another issue sailors brought up is the perception that some career fields are more desirable and thus offer larger selective re-enlistment bonuses and better advancement opportunities, while others receive no financial incentive to re-enlist and struggle to promote.

“Why would I pay for someone who’s already staying?” Moran said. “If we’re having trouble retaining salaries for whatever reason, it’s normally because the competition outside of the Navy is stiffening and we have to respond to that.

“On the other hand, if you’re in a rate where people aren’t leaving and I’ve got enough of those people, then there’s no incentive for me to want to pay for people who are already staying.”

Moran also teased at a major announcement to changes to military leave policies and military service continuation later this month.

“Unfortunately, only the secretary of defense knows what he’s going to say, so we’ll all learn about them together,” he said.