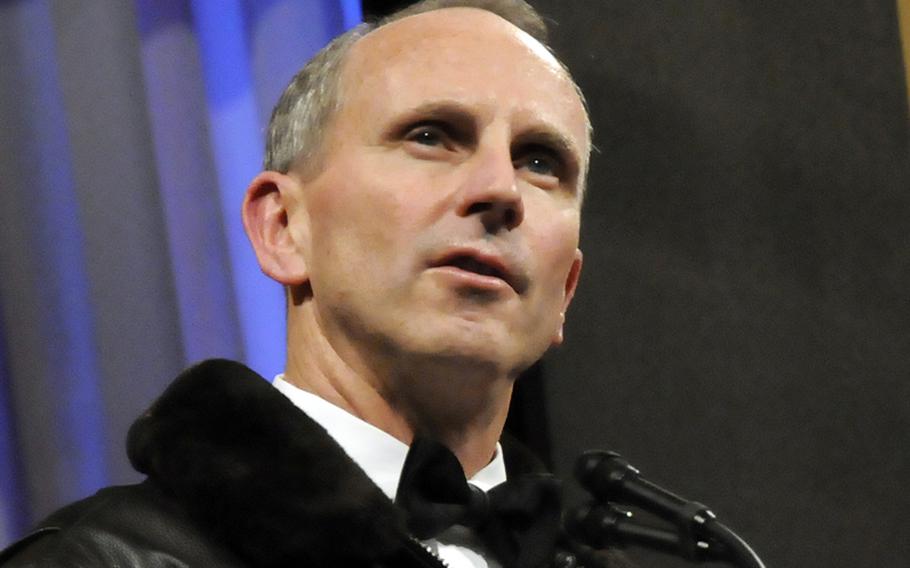 WASHINGTON &mdash; The much-heralded U.S. &ldquo;pivot to the Pacific&rdquo; doesn&rsquo;t mean a big influx of troops or ships in the Western Pacific, the Navy&rsquo;s top officer said Tuesday.

The Navy already has a strong presence around a region pinpointed as crucial in a sweeping defense strategy released last week by the Pentagon, with 50 ships underway there on any given day, said Adm. Jonathan Greenert, chief of naval operations.

The strategy, designed to lay down a framework for defense spending reductions of nearly $500 billion in the next decade, essentially leaves things as they are in terms of force presence, Greenert said at an event sponsored by the Center for a New American Security, a Washington think tank.

Defense Department officials have steadfastly refused to explain specific effects of the strategy document &mdash; in terms of troop levels or otherwise &mdash; saying it would be clear when the DOD budget is submitted to Congress next month. But with Greenert and other officials fanning out to discuss parts of the strategy in public, some aspects are becoming clearer.

&ldquo;It&rsquo;s not a big naval buildup in the Far East,&rdquo; he said. &ldquo;We&rsquo;re there, we have been there, we will be there.&rdquo;

A key priority in the region is to ensure freedom of navigation in international waters &mdash; a principle an increasingly assertive China has at times seemed ready to challenge. The country has been growing in both economic might and military strength, and &ldquo;under certain circumstances that capability could limit access in the region,&rdquo; Greenert said.

Rather than flooding the area with U.S. ships, the strategy calls for stepped-up strategic alliances in the region both with &ldquo;high-end&rdquo; long-term partners like Japan and South Korea, as well as with countries such as Indonesia, with which the U.S. has been exploring greater cooperation, Greenert said.

&ldquo;Our allies and our partners will cooperate, and we&rsquo;ve agreed we will invest to maintain freedom of navigation and access in those international waters,&rdquo; he said. &ldquo;We will promote a standards- and rules-based international order.&rdquo;

The Navy also will seek a closer relationship with the Chinese military, Greenert said, to help persuade China to follow international norms and lower the likelihood of conflict.

Indeed, expect naval operations to more or less hew to the status quo worldwide, Greenert said. Particularly in the Middle East, where the Strait of Hormuz and the potential for confrontation with Iran keep him up nights, he said, there will be no reductions.

&ldquo;I see the same proportion in the Mideast,&rdquo; he said. &ldquo;I don&rsquo;t see a naval movement from the Mideast.&rdquo;

Along with an expectation of buildup in the Pacific, the defense strategy also seemed to encourage expectations of a ground troop drawdown in Europe. With DOD officials saying ground troop levels would fall but not saying where, the document itself declared that &ldquo;most European countries are now producers of security rather than consumers of it,&rdquo; and that &ldquo;our posture in Europe must also evolve.&rdquo;

A defense official speaking Monday hinted that a drawdown in Europe may be less dramatic, in terms of numbers of troops present on the continent, than some expect.

Julianne Smith, deputy assistant defense secretary for Europe and NATO policy said that of four brigade combat teams stationed in Europe, two have been deployed most of the time, and might not be back permanently.

&ldquo;More or less for the last 10 years, we&rsquo;ve had two of the brigade combat teams in Afghanistan,&rdquo; she said. &ldquo;So again, the question is: Where do they return to?&rdquo;

&ldquo;My understanding is that there will remain two brigades [in Europe],&rdquo; Hammond said Thursday.