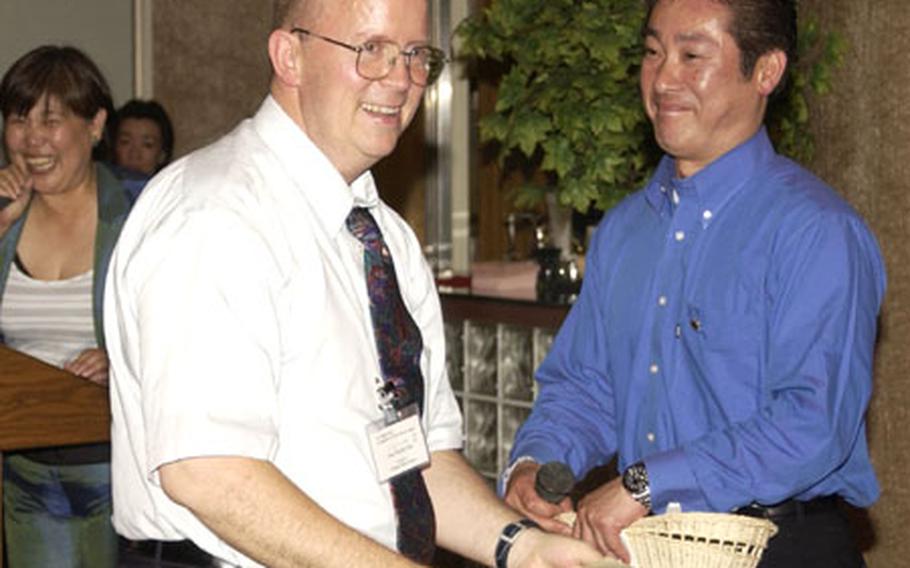 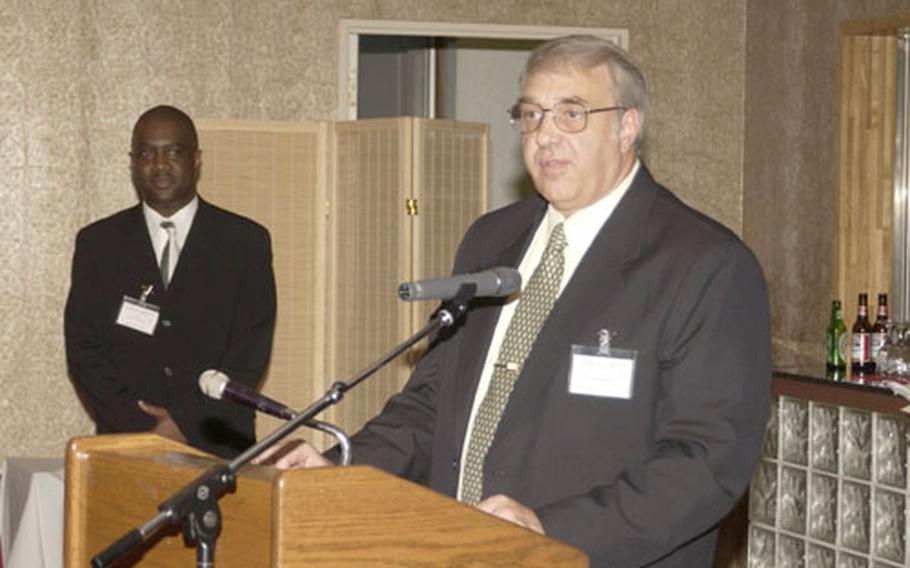 More than 125 Japanese fire and disaster prevention officials, along with those in private industry, were invited to the dinner in an effort by fire department personnel to thank those who have supported them and enhanced their relationship.

&#8220;It gives all my staff a chance to develop the relationship with their counterparts,&#8221; said Daniel Marshall, chief of CNFJ&#8217;s Regional Fire Department.

Originally, the friendship dinner was held between the CNFJ Regional Fire Department and Yokosuka City fire officials. But seven years ago, they decided to invite other communities as well.

&#8220;We started to bring in other cities because we&#8217;ve seen the value that we have received with the interaction with the city of Yokosuka,&#8221; said Marshall.

However, because many fire chiefs and staff change in April due to the start of a new fiscal year in Japan, the dinner also gives Japanese officials an opportunity to meet each other and network.

&#8220;We all know the importance of developing resources and have them available when we need them without delays,&#8221; Marshall said in his opening speech. &#8220;Tonight is our chance to develop resources, to know who coordinates and controls those resources.&#8221;

A good relationship with local cities is important for Navy fire officials because many servicemembers and base workers live off base.

&#8220;I think it&#8217;s wonderful,&#8221; said Shogo Hayashi, the Fire and Disaster Management Agency commissioner, who attended the dinner for the first time. &#8220;Fire departments ... are connected with a common goal of people&#8217;s safety, which extends beyond national defense. I hope that the friendship with the U.S. military will deepen.&#8221;

Photos of drills and exercises the CNFJ Regional Fire Department conducted to interact with local communities were shown during the dinner.

Marshall urged other groups &#8212; such as security and medical units &#8212; to interact with their counterparts in local communities and on base, &#8220;and things would be much better in a disaster.&#8221;