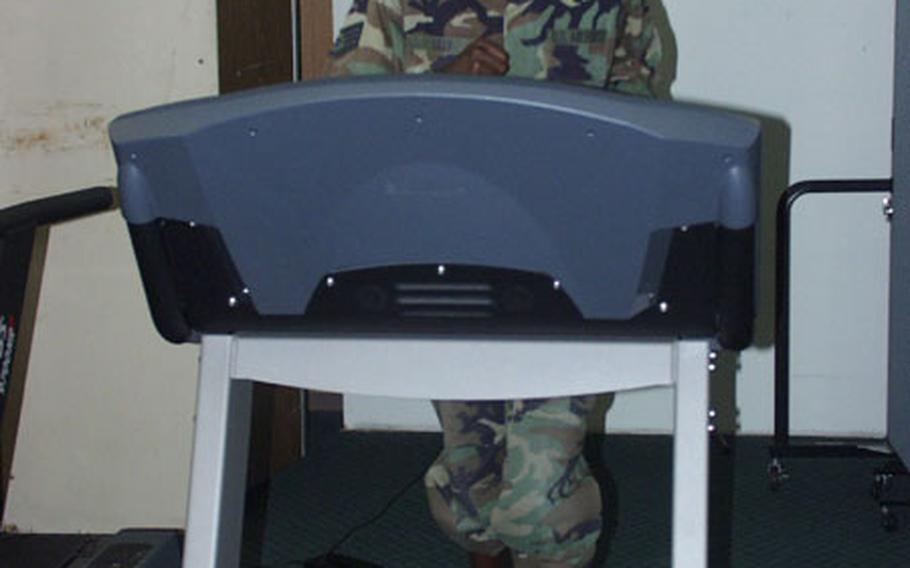 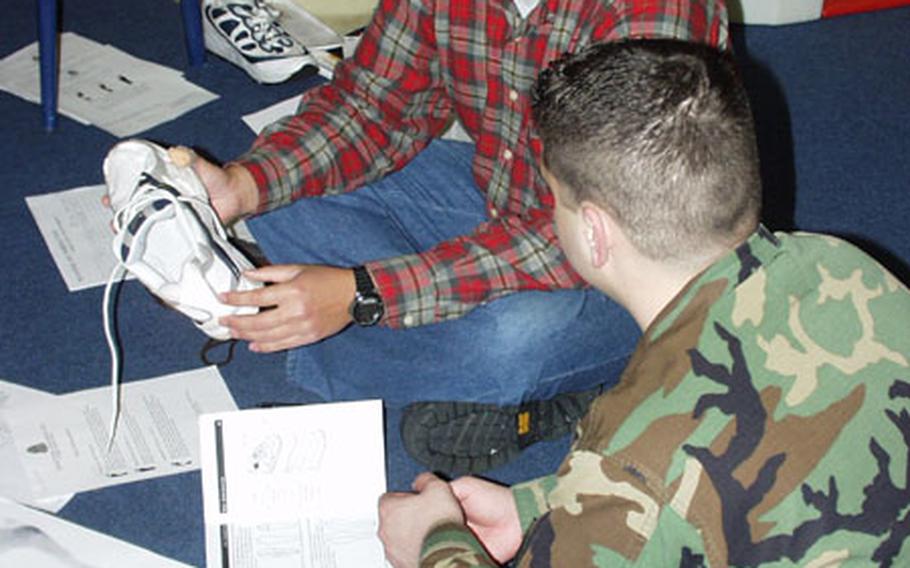 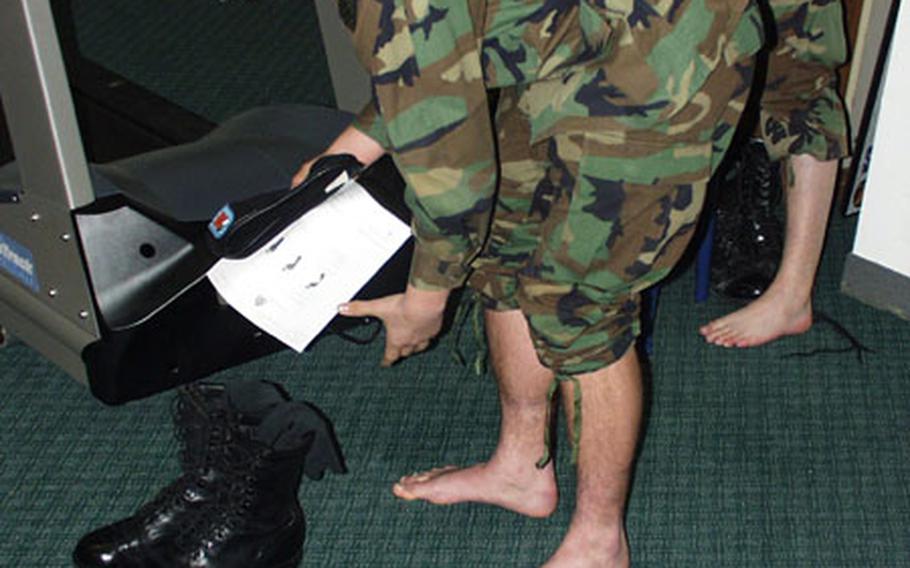 Air Force Senior Airman Mark Sacchetti, 22, of the Air Force Europe Mission Support Squadron, puts on his boots after his feet and running shoes were examined at a foot clinic held Thursday at the Patch Fitness Center. (David Josar / S&S) 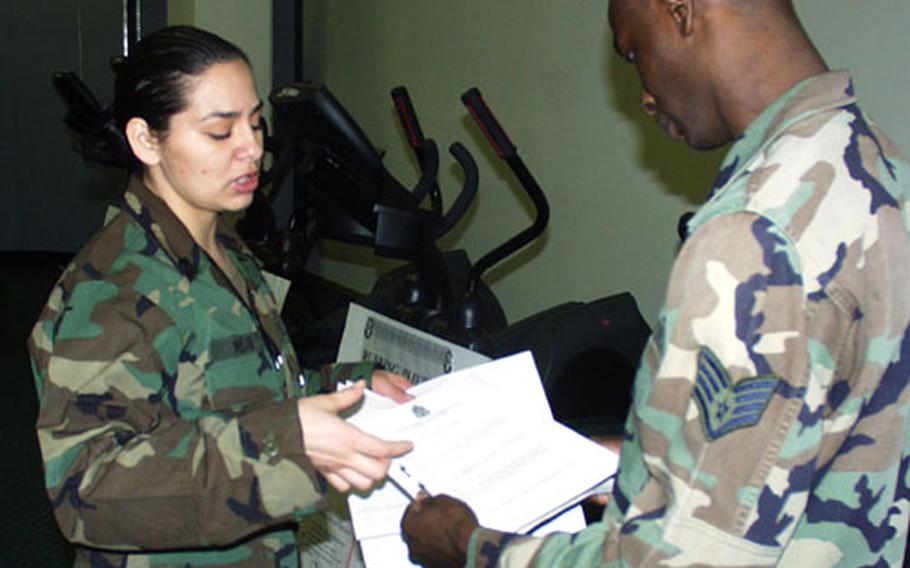 STUTTGART, Germany &#8212; At around 8 a.m. Thursday, the men and women, civilians and troops walked in, took off their boots or sneakers or shoes.

In their bare feet, they patiently and calmly waited in line for a quick turn on the treadmill in the Patch Fitness Center.

There were no smelly feet, but rather only feet with owners who wanted information about better ways to treat their toes, ankles and soles.

&#8220;We&#8217;re here for anyone who wants to make their feet feel better,&#8221; said Michelle Saylor, promotions coordinator for the Stuttgart Wellness Center.

This is the third month in a row for the foot clinic in the 6th Area Support Group. The Wellness Center has teamed up with the physical therapy staff from the Stuttgart Medical Clinic to hold the monthly events at Patch. Last month the team also held a clinic in Garmisch, Germany, which is also in the 6th ASG.

About 40 people visited the Patch Fitness Center Thursday for the free evaluations.

On Wednesday, an entire unit blocked out the day for the testing, said Saylor, who noted she is coordinating to do another all-day clinic for the Special Operations Command troops stationed in nearby B&#246;blingen.

The evaluations are by appointment only, but Saylor said walk-ins are taken if slots are available.

Army Pvt. William Blanchard, 19, of the 587th Signal Company, came after his team leader encouraged him to attend.

More than 90 percent of the people who went to the clinic needed some sort of help, Saylor said.

They may need newer or better running shoes or perhaps they should do more stretching before they run, she said.

Each person spends about 20 minutes at the foot clinic.

After removing their shoes and socks, imprints are made of their feet to determine if they have flat, floppy feet; rigid, high-arched feet; or regular feet.

They then undergo a &#8220;gait analysis,&#8221; where they are videotaped from the front and the back while running barefoot for a few minutes on a treadmill. The results are reviewed by John Tortorelli, a physical therapist who discusses any problems &#8212; such as an improper shoe or lack of stretching &#8212; and then makes suggestions.

The final stop is a review with another person from the Stuttgart Medical Clinic who offers specific stretching tips.

The most common excuse is no time, even though people should stretch for about five minutes before and after they exercise, Mejia said, especially men and women who run farther than five miles at a time.

Another common problem uncovered by the clinic were runners who kept their shoes too long before getting new ones, said Army Capt. Don Goss, chief of physical therapy at the Stuttgart Medical Clinic.

Sneakers should be changed every six months or 500 miles, said Goss, who on Thursday was giving pointers on ways to stretch a person&#8217;s hamstrings and Achilles tendons.

Air Force Senior Airman Mark Sacchetti, 22, assigned to the U.S. Air Force Europe Mission Support Squadron, had just completed his round of testing and learned his leg pain was being caused by not stretching his hips enough.