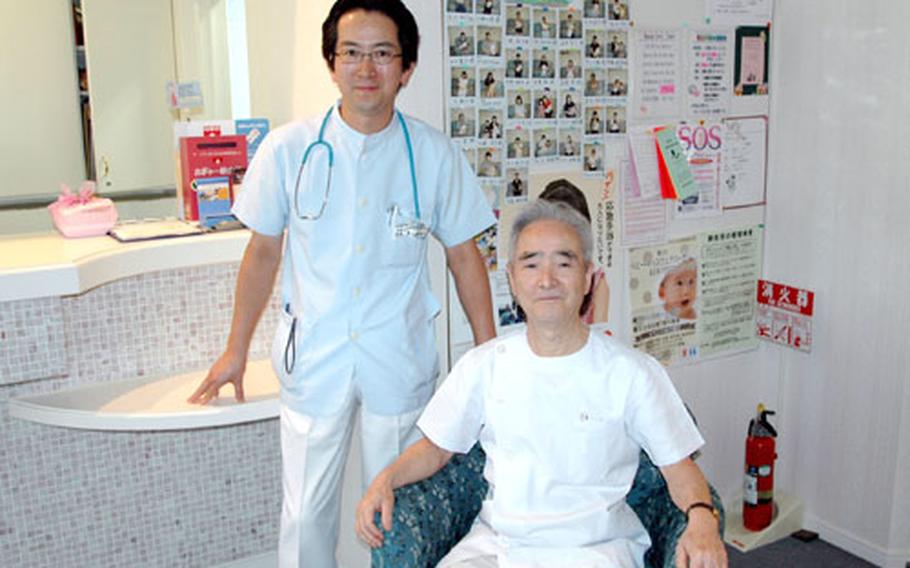 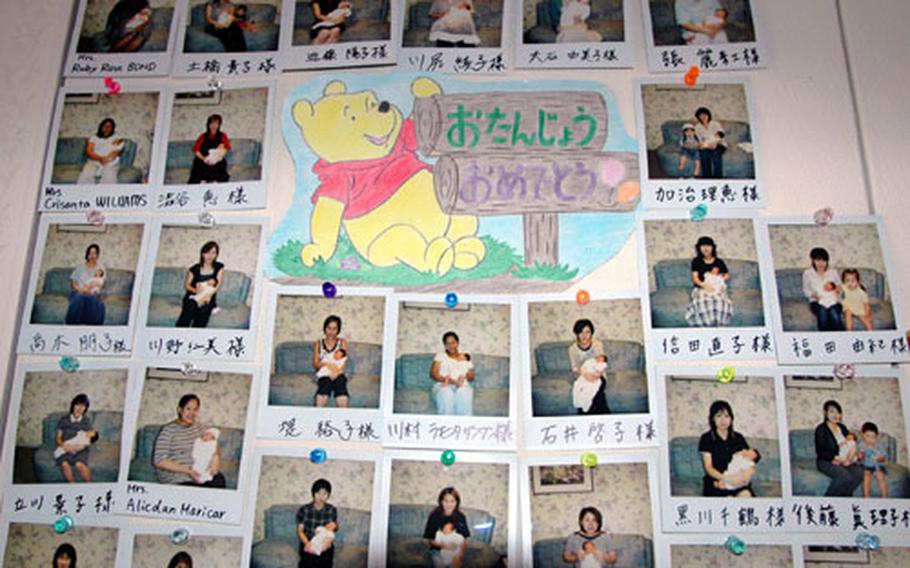 Dr. Hiroshi Higashijima said he enjoys looking through the thousands of photos of mothers and infants he&#39;s had as patients at the Higashijima Ladies Clinic in Sasebo, Japan, including these displayed on a large bulletin board in his clinic&#39;s lobby. (Greg Tyler / S&S)

SASEBO NAVAL BASE, Japan &#8212; Each week, the base&#8217;s Fleet and Family Support Center supplies birth announcements to the base newspaper. In almost every issue, in the majority of the announcements, the same phrase appears: &#8220;Born in Dr. Higashijima Ladies Clinic &#8230;&#8221; In the Sept. 24 edition, for instance, of the eight births announced, six occurred at the clinic.

The 47-year-old Japanese physician said the clinic has served expectant mothers from the base for about eight years. He averages 40 natural or Caesarean births per month &#8220;and about eight are connected with the base,&#8221; he said.

Pregnant women associated with the U.S. facility use Higashijima&#8217;s clinic for several reasons; most important, they say, it&#8217;s because base medical capabilities do not include labor and delivery.

Sasebo&#8217;s Navy Branch Medical Clinic provides to expectant mothers a list of more than a dozen reputable local obstetricians from which to choose, clinic officials said. Looking at the birth listings, it seems most choose Higashijima.

Mothers also cite Higashijima&#8217;s ability to speak fluent English and word of mouth about the quality of care his facility provides.

New mothers stay in rooms that are neatly and comfortably decorated, far from a stereotypical clinical environment. And &#8220;the new fathers are allowed to stay at my hospital,&#8221; the soft-spoken obstetric gynecologist told Stars and Stripes.

Higashijima&#8217;s clinic, about a block off Route 35, is about 10 minutes from the base. The first floor is a reception and lobby area; the second houses patients&#8217; records and examination rooms.

His father, Dr. Yoshichika Higashijima, often works at the clinic, even though he is 81 and has had two heart attacks. But the labor and delivery duties go to the son.

Higashijima said he realizes the seriousness and importance of his work: ushering new life into the world.

Lt. Randy Vavra, a Navy lawyer in Sasebo, and his wife, Gina, have two sons. Both Nicholas, 2&#189;, and 2-month-old Sergio were born at Dr. Higashijima Ladies Clinic.

&#8220;I was amazed that when we presented him with our own specific birthing plans &#8230; how we wanted things to be during delivery &#8230; he helped in every way to make the experience exactly as we wanted,&#8221; Vavra said.

&#8220;And I was there and even stayed there both times,&#8221; the lieutenant said. &#8220;He makes you feel incredibly welcome, even though you are in a foreign country and maybe concerned a little about communicating your wishes.&#8221;

&#8220;One of the nicest things are the meals, where you can get the Western or the Japanese version. He makes sure that the night before you leave, you have lobster for dinner,&#8221; the lieutenant said.