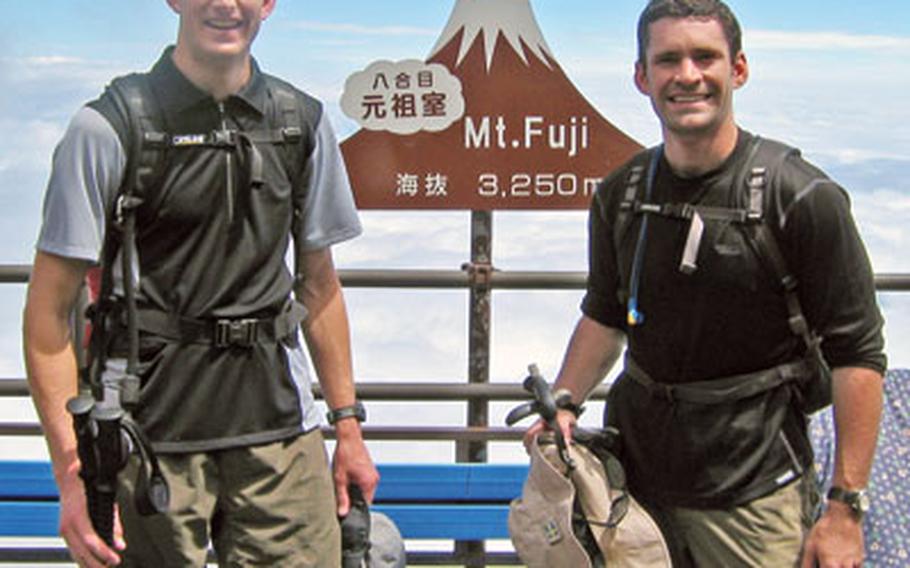 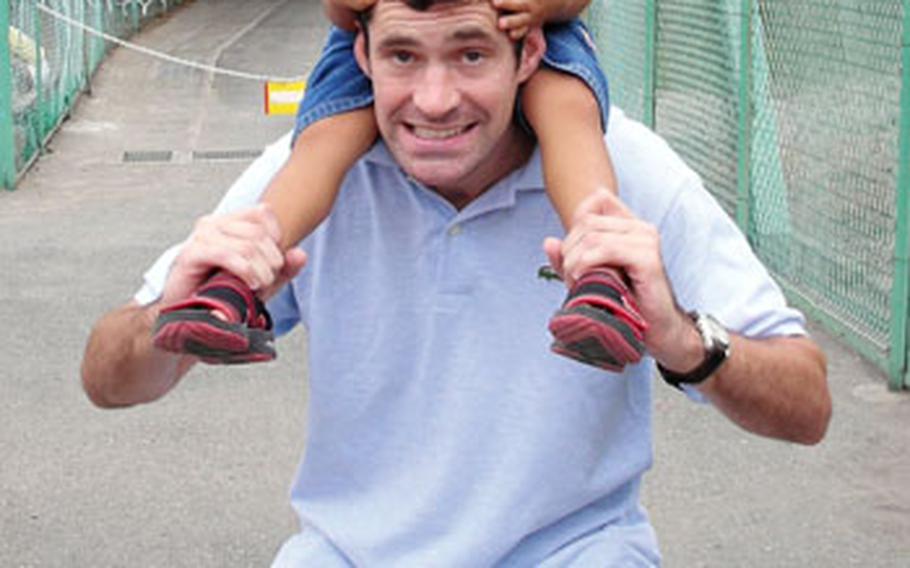 Lt. Doug Szwarc pays a visit to the Shunkou Gakuen Orphanage, where he and a colleague were able to donate funds to buy eight bikes, a washing machine and a DVD projector from donations on behalf of last year’s triple climb up Mt. Fuji. (Photo Courtesy of Adam Jones) 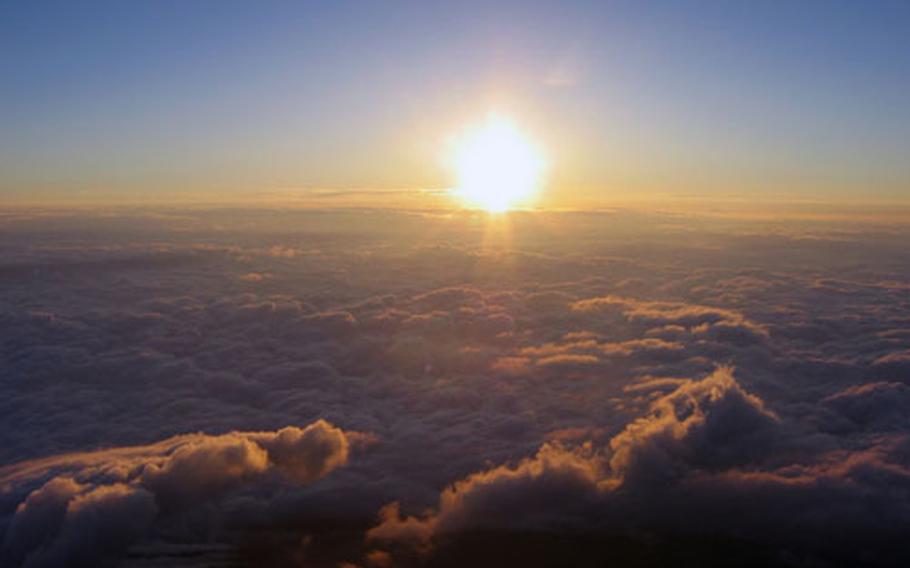 Sunrise from Mt. Fuji is a well-earned sight, but unlike last year&#39;s Mt. Fuji climb when this photo was taken, the four Yokosuka climbers won&#39;t have time to dally as they&#39;ve pledged to hike the mountain four times in 24 hours. (Photo Courtesy of Doug Szwarc)

Sweat dripped off him, and after a couple steep grades and inclines, he worried about his ability to conquer Japan&#8217;s highest peak once, let alone fulfill his pledge to scale it three times in 24 hours.

But the voice of doubt clammed up, allowing Szwarc and a Commander Sub Group 7 colleague to complete the triple climb with 22 minutes to spare, raising about $4,500 for charity.

Szwarc, with a new crew, is tackling Fuji this September with the motto "four in 24," or four climbs in 24 hours.

"As the organizer of fitness events, I&#8217;m always asking people to push themselves and step outside their comfort zone," Nelson said. "This is a way of leading by example."

Nelson is also no stranger to physical ardor; the triathlete will compete at the Ironman World Championships in Hawaii this October.

Raney, too, is a seasoned endurance athlete, former All-Navy runner and frequent marathoner.

A gym locker brought him into the mix, as his locker is next to Szwarc&#8217;s and he happened to "chime into" a conversation about Fuji one day, he said.

Lovern was under way and not available for an interview, but is an experienced climber, according to Szwarc. Lovern is also, luckily, a medical professional.

But the challenge is not "merely an act of vanity," stresses Raney. The group wants to double last year&#8217;s donations to $10,000, with half going to the Shunkou Gakuen Orphanage in Yokosuka city, and half to the South Carolina-based Guardian ad Litem Program, which recruits, trains and supervises advocates for children involved in cases of abuse or neglect.

"Making it up there was not just an ego trip; it was the greatest thing to be able to give those kids gifts last year," Szwarc said.

And with a fresh, new Web site able to accept online donations, the organizations will hopefully be "awestruck" by what they can raise, he added.

Granted, this year&#8217;s climb will be tougher for several reasons.

Beyond the standard sleep deprivation, altitude sickness and Fuji&#8217;s famous tempestuous weather, at least last year&#8217;s triple trip climbers were able to take leisurely breaks and watch the sunrise, Szwarc said. A quadruple run will be more strenuous, not to mention that the Sept. 1 climb is after the official close of climbing season, and some of the water vendors and other services might be closed.

But naysayers hold no sway with the group. Nor does the famous saying about Fuji that goes something like "If you never climb Mount Fuji you are a fool, and if you climb it more than once you are a great fool."

For more information about Fujiclimb 2008 and to donate, visit www.fujiclimb.com/.