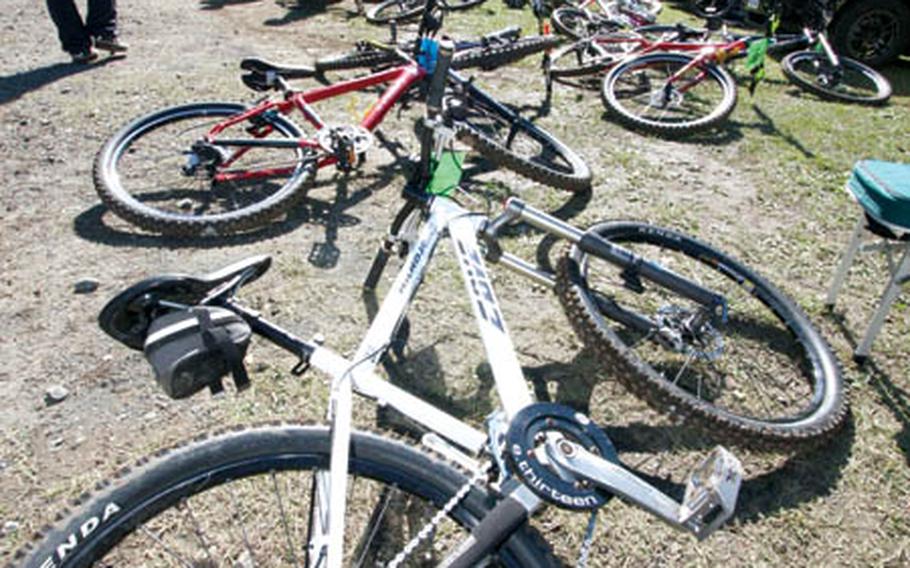 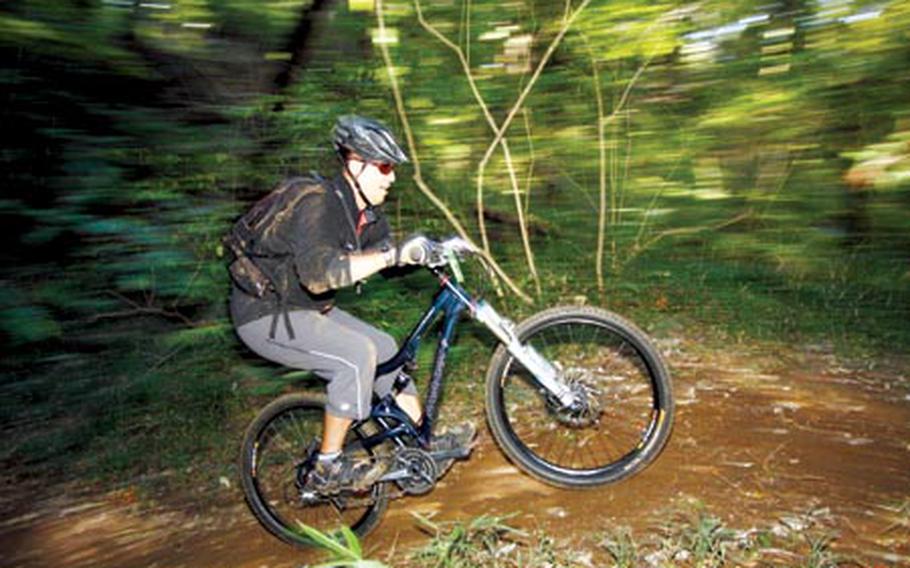 TAMA HILLS RECREATION CENTER, Japan &#8212; What a magnificent day for a few laps on the bicycle.

The 22nd edition of the Tour de Tama Mountain Bike Race featured 187 riders Saturday, the most ever for the semiannual event. Sunny conditions kept the rugged 5K course relatively dry and made for a much faster track.

With plenty of treacherous climbs and descents, the trek is never for the faint of heart. But the weather, which has traditionally wreaked havoc on competitors, took some of the edge off this race.

"When the weather cooperates like this, it&#8217;s not as challenging," said Chris Whitener, director of Yokota Air Base&#8217;s Outdoor Recreation Department, the race&#8217;s sponsor. "It was a much faster course than before. &#8230; The weather allows for better times."

On Saturday, that included a brisk 16-minute opening lap in the Expert Division. Riders also battled in the women&#8217;s, men&#8217;s and open classifications.

Staff Sgt. David Ruehling, of Yokota&#8217;s 730th Air Mobility Squadron, was the only American to crack the top three Saturday in a field dominated by Japanese entries. He took third in the Open Division, finishing in 1:03:22.

In two previous appearances at the Tour de Tama, Ruehling had sixth- and fourth-place showings.

The course retained its two trademark features: A steep climb called "Water Tower Hill" at roughly the furthest point from the start line and the infamous "double-dip" near the end. Riders also pass over several bridges and rave about the "bamboo forest," a tunnel lined by trees.

Capt. Jordan Kelsey, of Yokota&#8217;s 374th Operations Group, was among several first-time competitors and said he got talked into signing up for the Expert Class by a friend, Master Sgt. Matt Franklin.

"My strategy was smooth and safe. I didn&#8217;t want to crash or wreck," said Kelsey, 30, from Cleveland, who turned in a respectable time of 1:38:29. "There are no real sustained climbs, which makes it a little easier. But in some places, you still have to get off the bike and walk."

Lt. Gary Pembleton, a pilot assigned to Helicopter Anti-Submarine Squadron 14, was among four sailors from Naval Air Facility Atsugi who scrambled to make it into the field. They recently returned from a deployment aboard the USS Lassen and had to call race organizers on Friday just to get in. None had competed in mountain biking before.