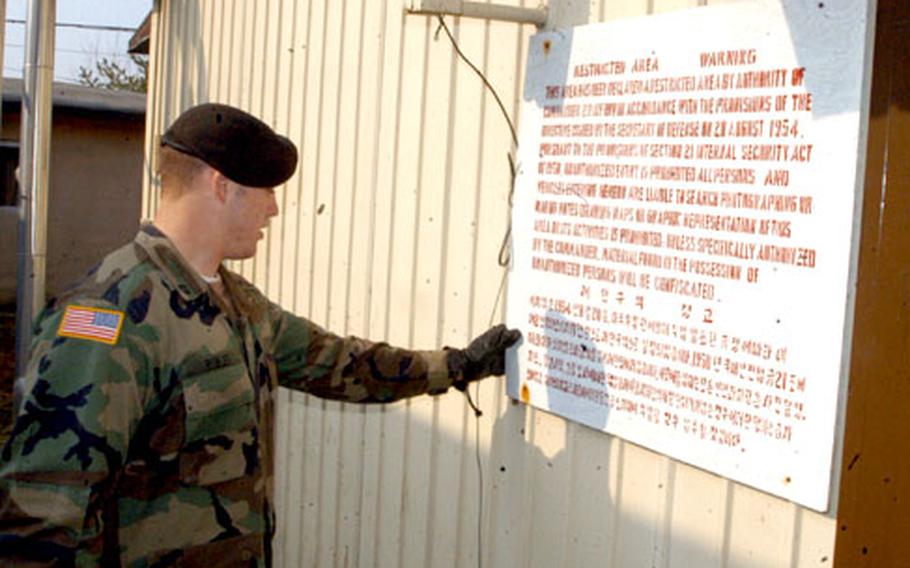 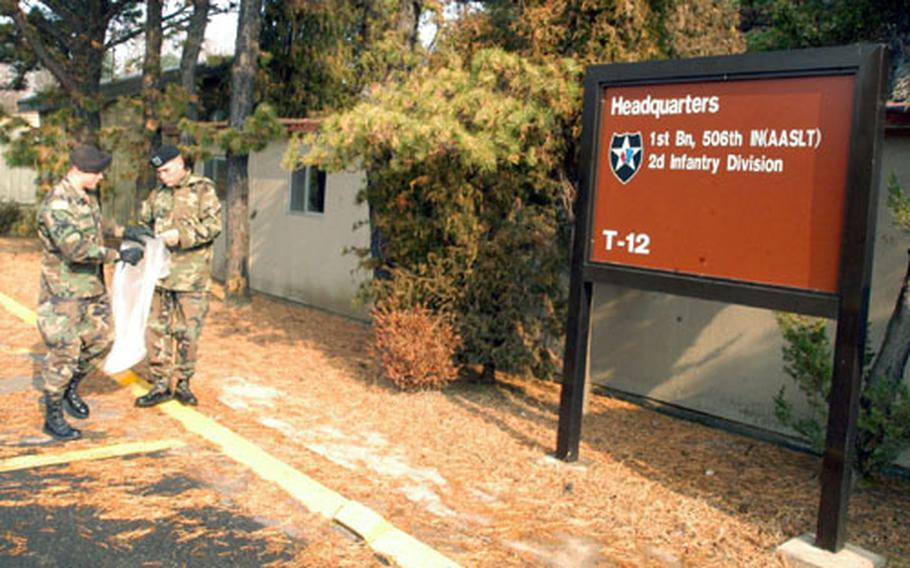 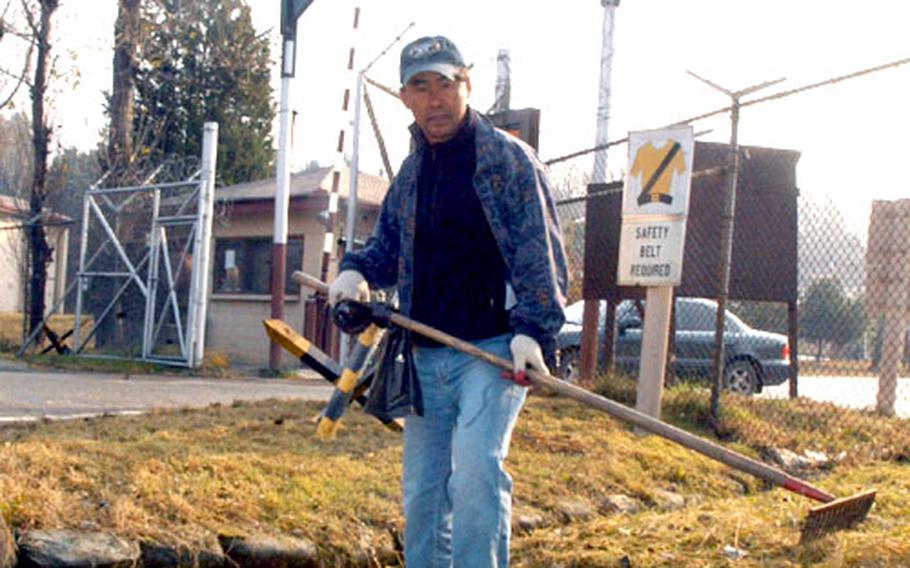 The camp, near the Demilitarized Zone separating North and South Korea, has been vacant since the unit based there, 1st Battalion, 506th Infantry Regiment, deployed to Iraq in August. With the &#8220;Currahees&#8221; gone, hundreds of barracks rooms and offices, a gymnasium, food court, church and a dining facility are eerily quiet.

Loche, of Company A, 1st Battalion, 72nd Armored Regiment, and seven other soldiers spent last week wandering the empty hallways and paths to clean what 1-506 left behind. They also slept in one of the empty barracks at night.

&#8220;There was quite a bit of trash left. Our whole thing was to do it (the cleanup) as quickly as possible so we could go back and continue to train like we do every day,&#8221; Loche said before making another circuit of the base.

&#8220;We have to leave everything clean, functional and empty. Those three words are simple but they contain an overwhelming amount of tasks, from cutting the grass to picking up cigarette butts to disposing properly of all the hazardous material, scrap wood, scrap metal and all this hand-made furniture that isn&#8217;t supposed to stay here,&#8221; he said.

About sixty percent of the items recovered from the camp go into the Army&#8217;s supply system, with the rest disposed of as trash, he said.

The departure of the last U.S. soldiers from Camp Greaves ended 50 years of occupation by U.S. forces.

The land where the camp sits, across the DMZ&#8217;s &#8220;Freedom Bridge,&#8221; on a hill overlooking the north bank of the Imjin River, was first occupied by the 1st Marine Division, which pitched tents there during the Korean War in 1953, 2nd ID historical records state.

After the armistice ending the war, Marines used the camp as a base to patrol the DMZ, basing the division&#8217;s Reconnaissance Battalion there in 1954.

Camp Greaves was named in honor of Cpl. Clinton Greaves of Company C, 9th U.S. Cavalry, who fought off a band of swarming Apaches in 1879 to save several fellow troopers.

Today Camp Greaves is a collection of Quonset huts, which replaced the tents between 1955 and 1956, more modern buildings, paved areas and sports grounds.

The base will be handed over to the South Korean government before the end of the year.