Cleaning up before clearing out 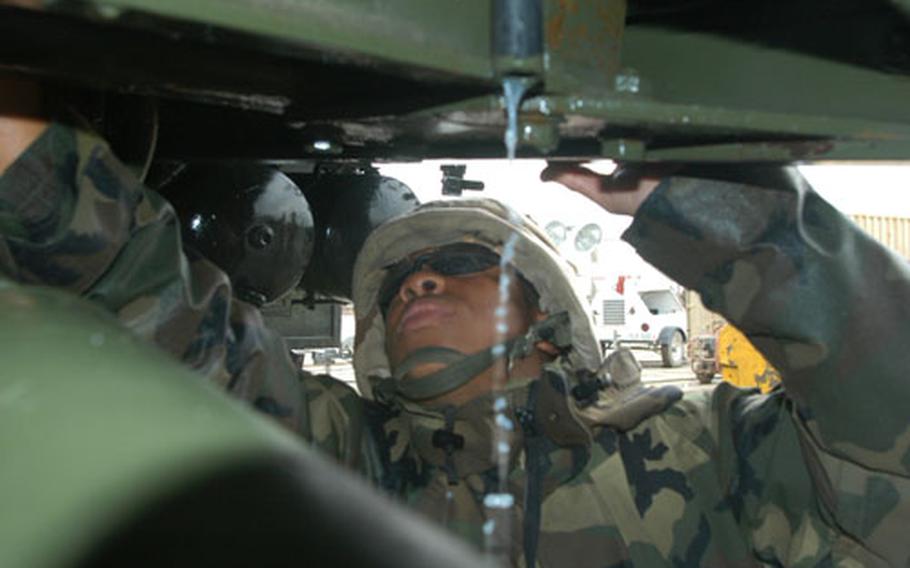 Straining to reach, and soaked to the skin, Spc. Grady Dailey, 20, of Hampton, Va., digs out hidden dirt under his truck at Camp Doha, Kuwait. (Rick Scavetta / S&S)

Straining to reach, and soaked to the skin, Spc. Grady Dailey, 20, of Hampton, Va., digs out hidden dirt under his truck at Camp Doha, Kuwait. (Rick Scavetta / S&S) 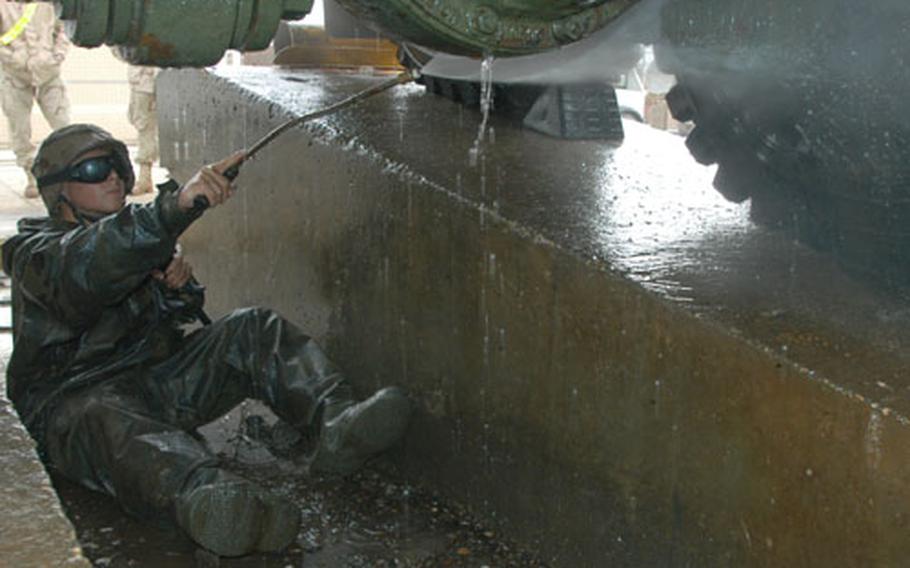 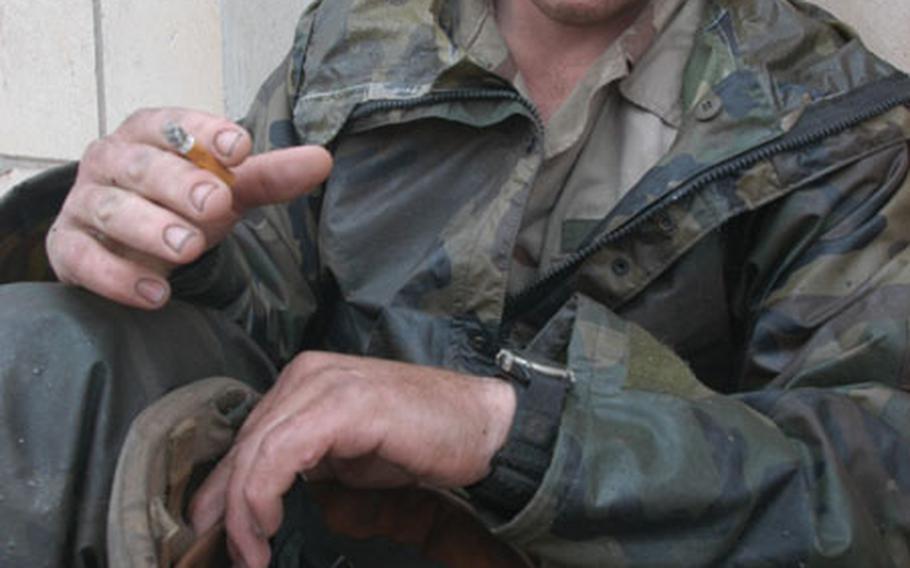 Pvt. Dustin Munson, 19, of Shirley, N.Y., checks his watch during a smoke break at the Camp Doha wash rack in Kuwait. Passing customs checks can be difficult when gear has spent a year in Iraq, Munson said. (Rick Scavetta / S&S) 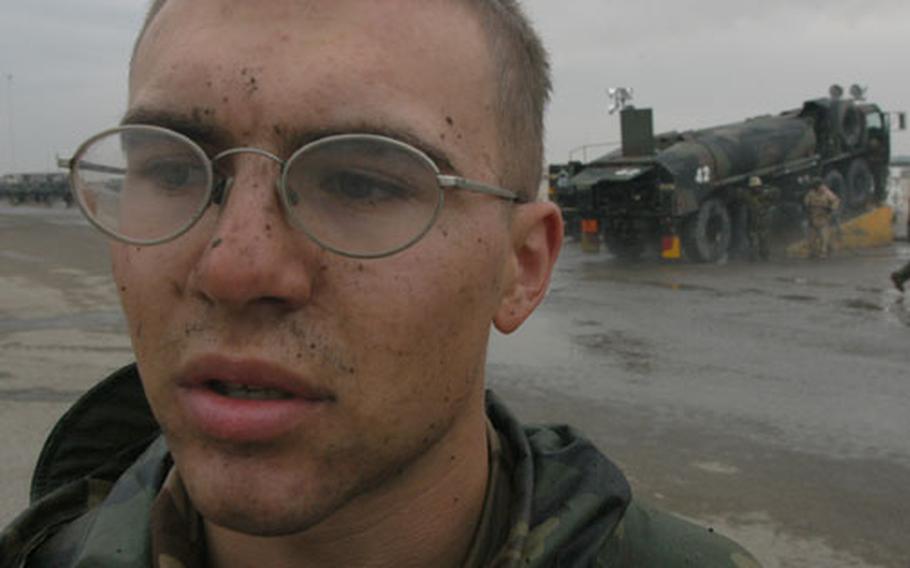 After 24 hours of scrubbing mud from his truck, Pfc. Dave Oja, 22, of the 94th Engineer Battalion, takes a break at the wash rack in Camp Doha, Kuwait. Soldiers know the marathon washing session is the final hurdle before heading home. (Rick Scavetta / S&S)

CAMP DOHA, Kuwait &#8212; With his face speckled with mud, Pfc. Dave Oja took a smoke break after nearly 24 hours of scrubbing Iraqi soil from his truck at the wash rack.

Thousands of troops who&#8217;ve spent a year in combat would love to be in his soggy boots.

Soldiers know the marathon showering of vehicles and equipment is the final hurdle for units heading home.

Oja&#8217;s unit, the Germany-based 94th Engineer Battalion, was one of the first V Corps units mobilized last January to support the war. Known as Wolverines, soldiers from the battalion arrived in Kuwait in late December to prepare for the trip back to bases in Vilseck, Hohenfels and Grafenw&#246;hr. They should all be home by early February.

Before soldiers can load their equipment onto boats at the Port of Ash Shu&#8217;aybeh, they have to clear a rigid agricultural inspection by military police working as customs agents. Last week, Oja and his comrades crept into the hard-to-reach places with pressured water hoses and washrags.

Soaked through to the skin, Pvt. Dustin Munson, 19, of Shirley, N.Y., lit a cigarette and checked his watch. The mechanics had worked for 24 hours, with just a two-hour break, Munson said. Despite the soldiers&#8217; best efforts, sergeants working for customs still found dirty places the soldiers overlooked.

The arduous duty is really nothing compared to what the battalion has done over the past 12 months, soldiers said.

On Nov. 11, Spc. Marlon Jackson, 25, a heavy-equipment operator from Jamaica, was killed by an IED. Two other troops were wounded in the attack, Grosskruger said.

By Christmas, the battalion traveled south to Camp Virginia, Kuwait. Once their equipment is cleaned, they will load gear onto boats and fly home.