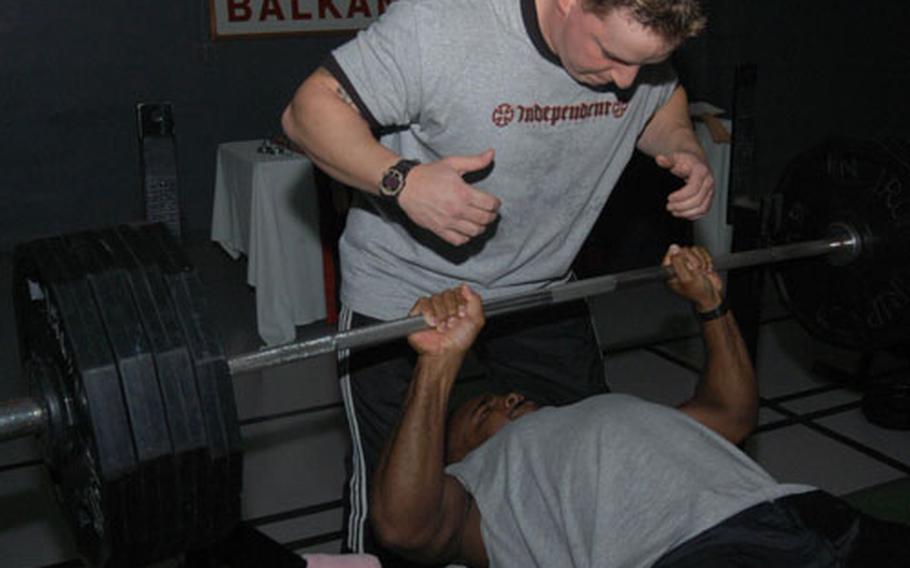 EAGLE BASE, Bosnia and Herzegovina &#8212; The pressure was on for the soldiers and civilians competing to lift the most weight at Friday&#8217;s Morale Welfare and Recreation-organized bench press competition.

A mix of 13 soldiers and civilians tried their best to earn points by pressing more than their own weight.

The pressure grew for the third attempt. Most of the 13 lifters took a moment on the bench to concentrate before pressing the bar with the weights.

Two civilians working for the company providing security at U.S. bases in Bosnia and Kosovo, ITT, set the high score.

Brian Johnson earned the next high score and the first pace in his weight category of 214 to 234 pounds lifting 345 pounds and setting his best score ever.

Their winning does not come as a surprise to some of the MWR staff who see them working out for hours everyday.

With few things to do when not on the job, King and Johnson opt for the gym.

Johnson and King used the competition to set goals for the next one in three months.