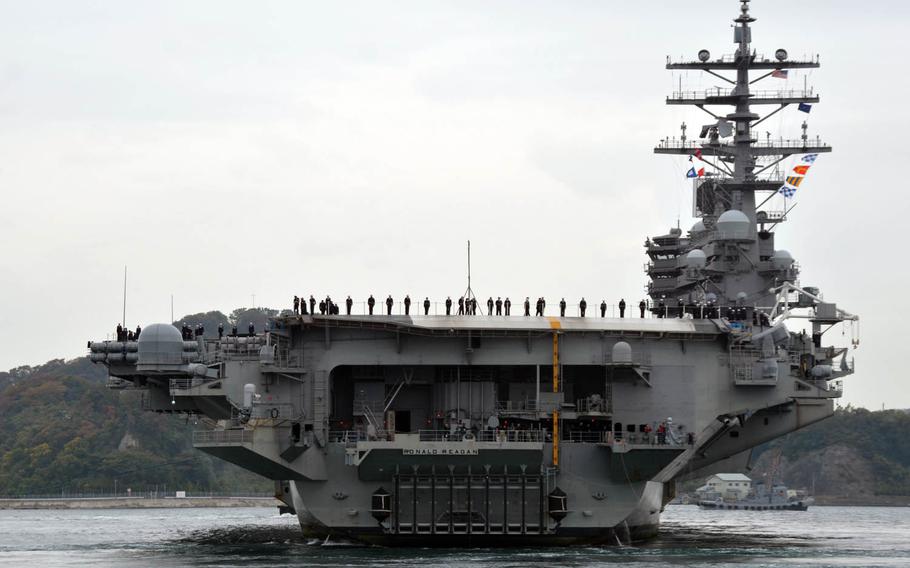 Sailors man the rails on board the aircraft carrier USS Ronald Reagan as it returns to Yokosuka Naval Base, Japan, in November. (Peter Burghart/U.S. Navy)

The identity of the contractor, who worked for the services company IAP, is being withheld pending next-of-kin notification.

Medical workers administered care to the contractor, who is an American citizen, aboard the carrier between noon and 1 p.m., Navy officials said. He was taken by ambulance to U.S. Naval Hospital Yokosuka, where he was pronounced dead.

Details on the circumstances of the man’s death were not immediately available. The cause of death is under investigation, Navy officials said.