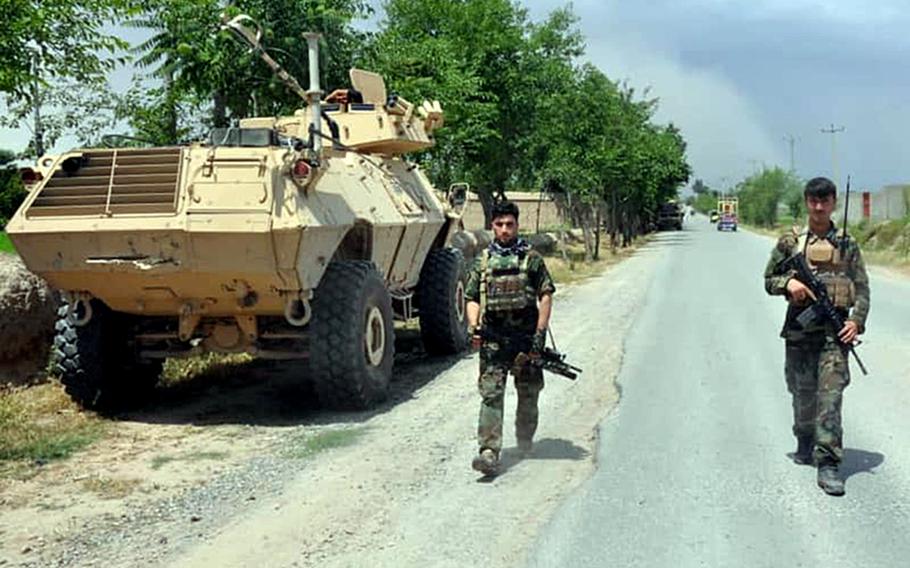 Afghan soldiers patrol a road in northern Kunduz province on Tuesday, May 19, 2020, after the country?s defense ministry said local forces were successful at repelling Taliban advances throughout the night. (Afghanistan defense ministry)

Afghan soldiers patrol a road in northern Kunduz province on Tuesday, May 19, 2020, after the country?s defense ministry said local forces were successful at repelling Taliban advances throughout the night. (Afghanistan defense ministry) 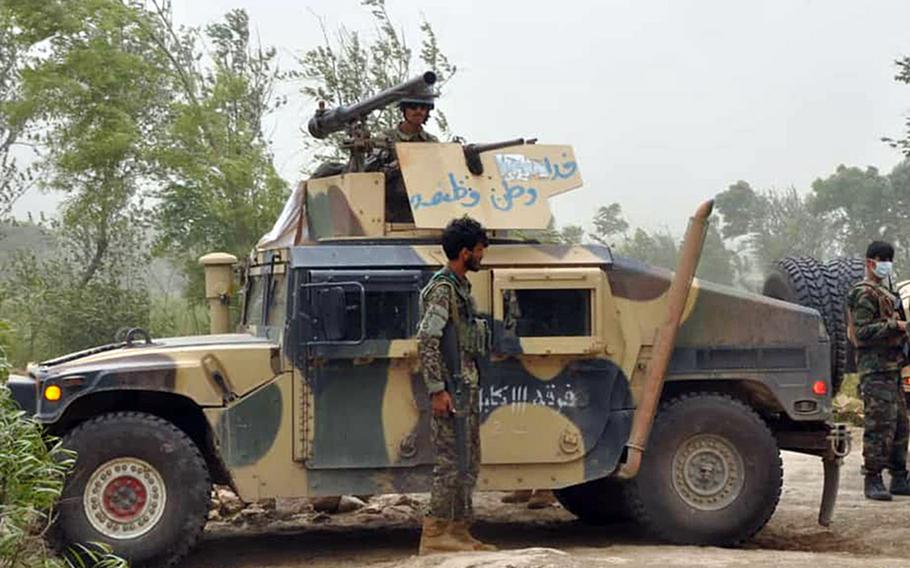 An Afghan soldier stands by a Humvee in northern Kunduz province on Tuesday, May 19, 2020, after the country?s defense ministry said local forces were successful at repelling Taliban advances throughout the night. (Afghanistan defense ministry)

KABUL, Afghanistan — Civilian casualties in Afghanistan rose sharply last month, the United Nations said Tuesday, even as U.S. troops begin to withdraw under a deal with the Taliban meant to bring peace to war-weary Afghans.

Taliban attacks in April killed or injured more than 200 civilians, marking a 25% increase from the same month last year. Government forces were responsible for 170 civilian casualties during that time, up nearly 40% compared to April 2019, data released by the U.N. Assistance Mission in Afghanistan show.

Violence has continued to rise in May, including the unclaimed attack by gunmen on a maternity ward at a Kabul hospital, in which mothers and newborns were killed, UNAMA said.

Attacks on civilians, health care personnel and medical facilities could amount to war crimes, it warned as it called for renewed efforts to get the Taliban and Afghan government to negotiate – a key provision of the Feb. 29 U.S.-Taliban deal.

“Parties have committed to finding a peaceful solution and should protect the lives of all Afghans and not jeopardize people’s hope for an end to the war,” UNAMA head Deborah Lyons said in the statement.

Since the start of April, the Taliban have abducted 15 health care workers and Afghan government forces have threatened medical staff and stolen hospital supplies, UNAMA said.

“Any incidents affecting people, places and supplies necessary for health care provision can have serious and wide-ranging consequences, particularly during the COVID-19 crisis,” it said.

The coronavirus is confirmed to have infected around 7,000 people throughout Afghanistan as of Tuesday, and 170 have died from related illness, according to the Afghan Health Ministry.

Besides the attack on the maternity ward, in which 24 people died, major incidents in May included a suicide attack on a funeral in Nangarhar province, a truck bombing in Gardez and an airstrike by government forces in Balkh, where civilians were being forced by the Taliban to destroy a road to prevent Afghan troops from using it, UNAMA noted.

Nearly 90 people died in those four attacks alone, it said.

Citing insurgent attacks, President Ashraf Ghani last week ordered the military to resume offensive operations against the Taliban, which had been suspended for over two months in a bid to advance peace efforts.

A small medical clinic was damaged in the fighting and several people were wounded, said Ihsanullah Fazli, the provincial health director.

While the Taliban have not attacked foreign forces since signing the deal with the U.S., attacks by the group against Afghan government forces resumed almost immediately.

Taliban spokesman Zabihullah Mujahid rejected UNAMA’s findings, suggesting that casualties attributed to the group were inflated. The Afghan government did not immediately respond to a request for comment on the report Tuesday.