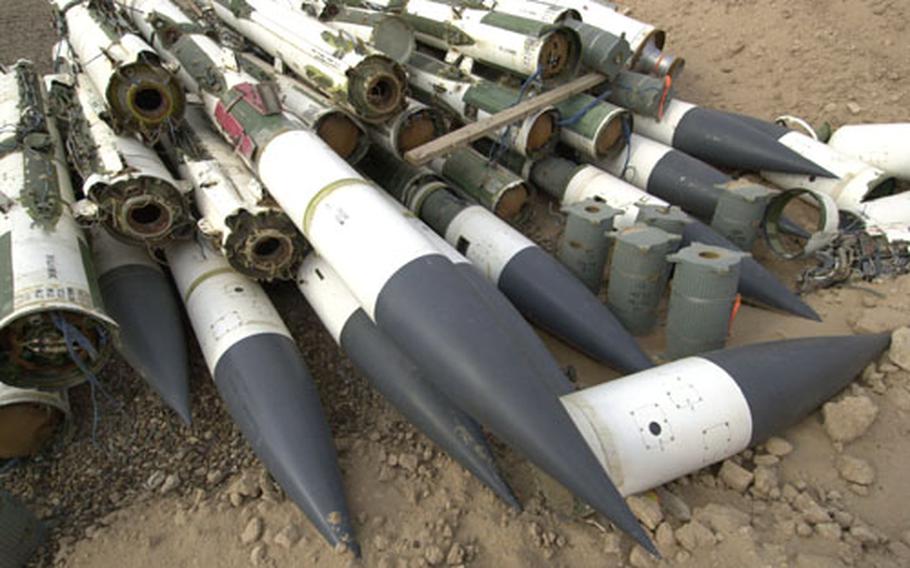 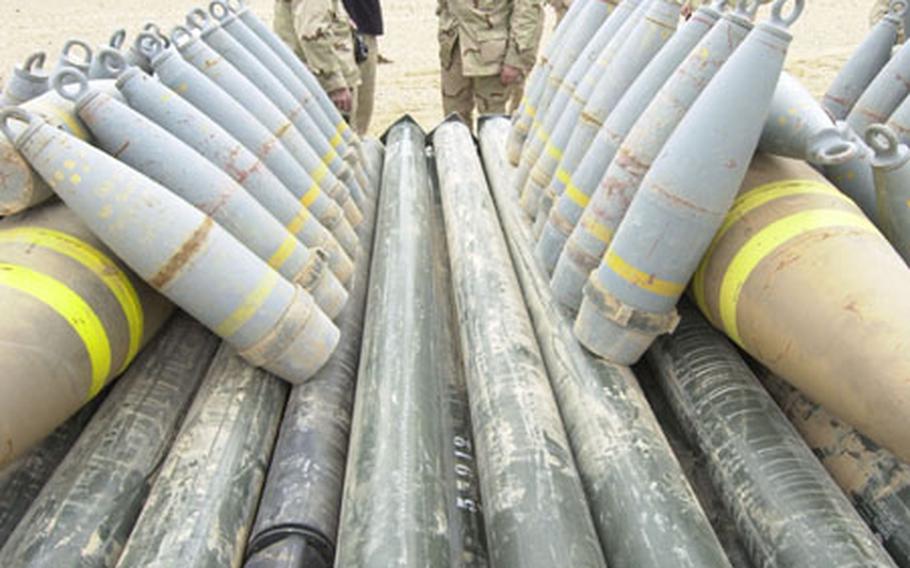 Soldiers look over the pile of Iraqi artillery shells, bombs and missiles being set up for demolition. (Jim Schulz / S&S) 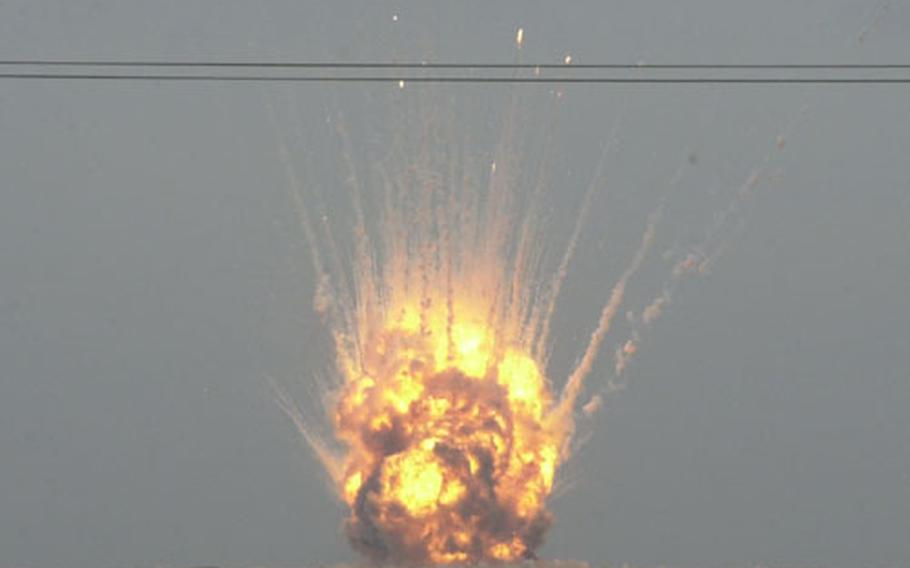 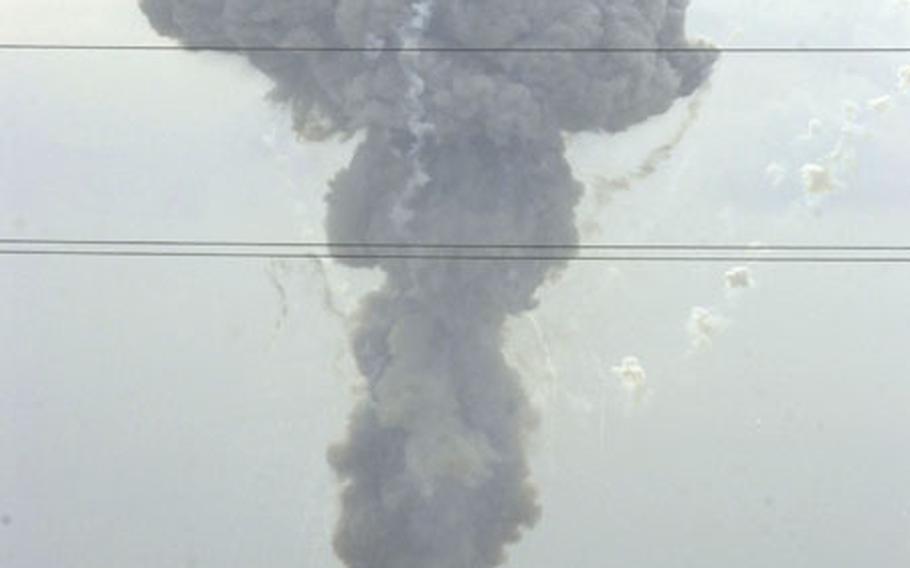 Captured ammunition is stored at six locations around Iraq. Each site is near a major Army division, but away from the local population, Plemmons said.

Outside Fallujah, a team of experts from EOD Technology Inc., a Knoxville, Tenn.-based company, work from a camp called &#8220;the Rock.&#8221;

The quiet professionals, most of them sporting beards, tattoos and baseball caps, cut into plastic explosives and ran wires into the massive pile of bombs and shells.

The crews scrambled to a fleet of mud-caked GMC Sierra pickup trucks and hightailed their way out of the blast area. They parked more than two miles away.

Like teenage boys, they eagerly awaited the fireworks. They talked about previous explosions, to include one blast of more than 120 tons, which had really packed a punch.

&#8220;One minute,&#8221; the voice over the radio said, as the chatter died down. An eerie silence fell over the afternoon desert.

Without a sound, dust and debris shot skyward. Flares of white phosphorus blasted from a mushroom cloud. The visible shock wave rippled across the sky.

Several seconds after the detonation, sound caught up with the awesome visuals. A thud whacked through the chests of each spectator. While sounds of explosions are not unusual these days in Iraq &#8212; with all the mortars, rockets, IEDs and car bombs &#8212; hearing more than 140,000 pounds of ammunition detonate at once is an exception.

The crew members, each with prior military service, are a tight bunch who take care of each other on the job, said manager Henry Minkce, 36, of Chattanooga, Tenn. Each is an expert with ammunition and explosives.

The team works six days each week. On the seventh day, they sweep the range of unexploded bits and clean up their gear. Each day, &#8220;the Rock&#8221; takes in about 200 tons of captured ordnance. To meet its quota, EODT destroys roughly 100 tons per day, Minkce said.

Safety officer James McIntosh, a former Navy explosives expert from Punxsutawney, Pa., said his five months in Somalia working with ordnance pales in comparison to the amount of Iraqi ammunition. While huge blasts can dispose of tons of ammunition at a time, it&#8217;s more efficient to blow weapons caches where they are found, McIntosh said. It&#8217;s also safer because fewer trucks are on the road.

That &#8220;cuts down on the number of transport convoys, which, as you know, decreases the exposure to potential IEDs [improvised explosive devices],&#8221; McIntosh said.

Like handling explosives, traveling through Iraq also can be deadly.

On Nov. 4, two EODT team members were killed in Fallujah by a roadside bomb as they passed by in their truck. Roy Buckmaster, 47, and David Dyess, 53, died in the attack. A third team member, Frank Johnson, 51, was wounded.

The more ammunition they locate and destroy, the less chance the enemy has to use the ammunition against U.S. soldiers. That&#8217;s an idea the EODT team often thinks about, lessening the enemy&#8217;s available stockpiles. But controlling the discovered ammunition is also about caring for the civilian population, especially the Iraqi children, said Minkce, whose son, Jacob, just turned 3.