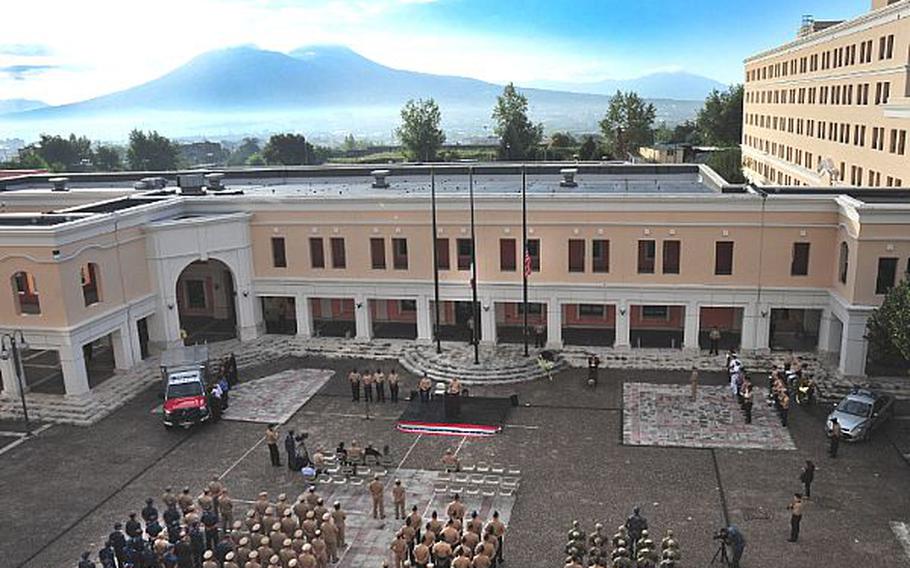 NAPLES, Italy — A Navy civilian accused of forging documents to illegally collect housing benefits here is appealing a ruling that forces his attorney to testify before a grand jury considering additional charges against him.

Steven William Ashton, 41, has asked the 8th U.S. Circuit Court of Appeals in St. Louis to overturn last month’s decision by a federal court in Davenport, Iowa, requiring attorney Jeffrey B. Lang to testify about documents he received from Ashton and passed along to investigators.

Prosecutors say those documents, purporting to show Ashton told his supervisors about a business he ran outside of his Navy job, were forgeries. They want a grand jury to charge Ashton for obstructing an investigation, according to court documents.

Ashton already faces federal charges on allegations he accepted $360,000 in illegal housing allowance after moving into a condominium owned by his Italian girlfriend. Prosecutors charge he forged documents showing the lease had been transferred to his father-in-law’s name in 2006.

They also accuse him of forging documents extending his tour on the base and giving him access to other benefits, such as discount moorage fees in the Bay of Naples.

The Naval Criminal Investigative Service arrested Ashton in February at the Naples base on counts of making false statements, falsifying a record and theft.

Ashton was the NATO and Host Nation Program manager for the local Navy command in Naples, a position in which he oversaw the operation and maintenance of NATO facilities and coordinated construction projects with Italian military. He was reassigned twice by the Navy after the investigation began in January 2013.

The investigation also looked into BlackGrid Consulting, a side business created by Ashton and a friend in the Air Force, referred to in documents as “CK.” A website for the business touts its relationships within business and government.

In April and May 2013, Lang forwarded documents to Justice Department attorney Catherine Votaw, including a memo written by Ashton to a staff judge advocate about the business and an application for Off-Duty Employment that was ostensibly approved by Ashton’s supervisor.

Both documents were faked, the government says. The military attorney was serving in Afghanistan at the time and had never spoken to Ashton, authorities say, and the approved application bore the forged signature of Ashton’s boss.

Ashton has claimed in court filings that federal prosecutors threatened to pursue the additional charges after he declined to plead guilty to one of the original counts.