Civilian casualties down but US-led coalition causing more of them, UN report says 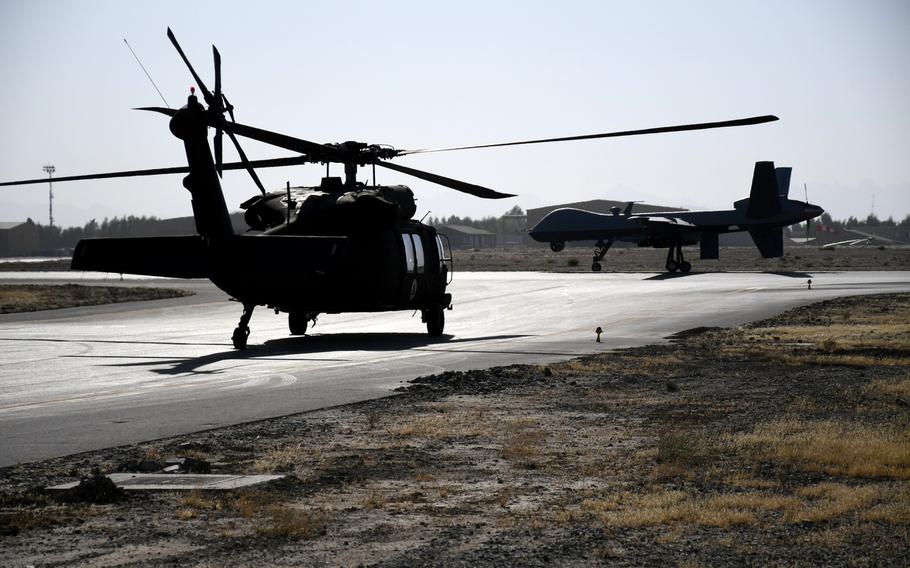 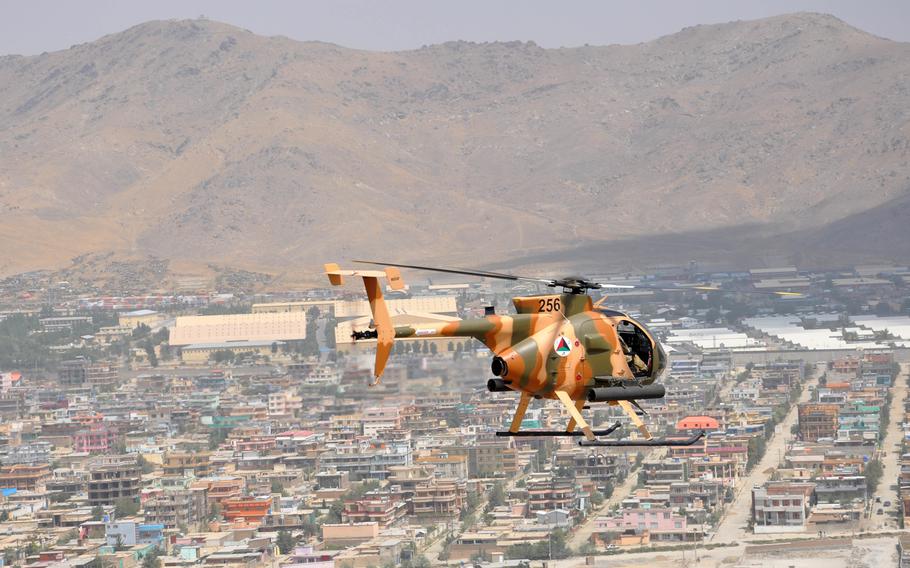 An Afghan MD-530 Cayuse Warrior attack helicopter flies over Kabul on Aug. 25, 2016. The United Nations has expressed concern over the number of civilians killed by Afghan and American airstrikes so far this year. (Jason Smith/U.S. Air Force) 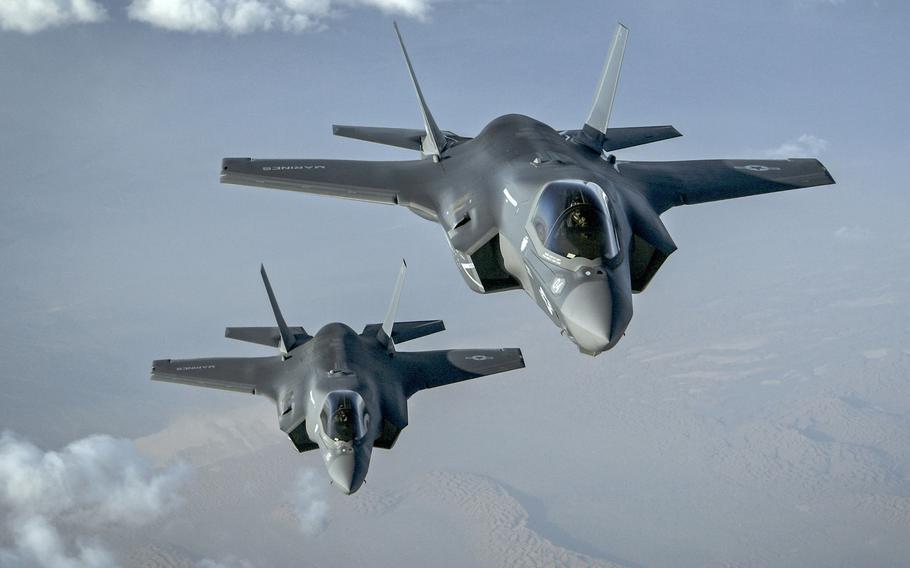 KABUL, Afghanistan — Civilian casualties in Afghanistan in the first three months of 2019 dropped nearly a quarter from the same period last year but the number of deaths caused by U.S. and pro-government forces rose, a United Nations agency said Wednesday.

The U.N. Assistance Mission in Afghanistan documented 581 civilian deaths and 1,192 injured in its latest quarterly report, which ranged from January through March.

It’s the lowest number of noncombatant deaths and injuries caused by the conflict in any similar period since 2013, but the first time deaths caused by pro-government forces — Afghan security forces and their allies — outnumbered those caused by terrorist and insurgent groups, UNAMA said.

Despite the overall reduction in civilian bloodshed, officials remained “very concerned” by the targeting of civilians and increase of non-suicide explosive attacks by insurgents, and a “significant increase” in civilian casualties caused by pro-government forces’ aerial operations and ground raids searching for weapons or insurgents, UNAMA said.

U.S. airstrikes were the leading cause of civilian war deaths in the country over the period, the report said.

Aerial operations killed 145 civilians and injured over 80 others, the report said. “International military forces” — namely the U.S., which is the only foreign country officially conducting airstrikes in Afghanistan — were said to be responsible for all but five of those deaths, with the remaining attributed to the Afghan air force.

“We hold ourselves to the highest standards of accuracy and accountability,” U.S. Forces-Afghanistan spokesman Col. Dave Butler said in a statement. “We strive for precision in all of our operations.”

After some recent reports of civilian casualties during fighting in northern Afghanistan, U.S. officials said Taliban militants were fighting from civilian homes, using women and children as shields and moving through compounds without regard for the families living there.

International forces have the right to defend themselves and their partner Afghan forces, Butler said Wednesday, reiterating the coalition’s calls for the Taliban to lay down its weapons.

“The best way to end the suffering of non-combatants is to end the fighting through an agreed-upon reduction in violence on all sides,” he said.

The airstrike fatalities comprised about half of the 305 civilian deaths attributed to pro-government forces during the reporting period. The Taliban, Islamic State and other anti-government elements were blamed for 227 deaths.

Ground fighting was the leading cause of civilian injures and the second-ranking cause of death among noncombatants. An Islamic State mortar attack on a Shiite memorial in Kabul early last month killed 11 civilians and wounded 104 — about one-fifth of the total caused by ground attacks, which UNAMA said totaled 134 killed and 486 injured.

Anti-government elements remained responsible for the majority of overall civilian casualties — deaths and injured combined — during the first three months of the year, UNAMA said. But the combined 227 deaths and 736 injured attributed to those parties represented a 36% decrease compared to the same period last year.

The findings mark the first time since systematic documentation of Afghan civilian casualties began a decade ago that the Afghan military and its international supporters were responsible for more noncombatant deaths than their adversaries on the battlefield, UNAMA said. The numbers also show a 76% increase over the numbers of deaths attributed to pro-government forces for the same period last year and an over 30% increase in injuries.

UNAMA has been reporting an increase in civilian casualties from aerial operations since the U.S. stepped up airstrikes in Afghanistan in 2017, part of the Trump administration’s strategy to push the Taliban to the negotiation table and end America’s longest war.