Civilian base worker arrested after 'physical altercation' at Misawa 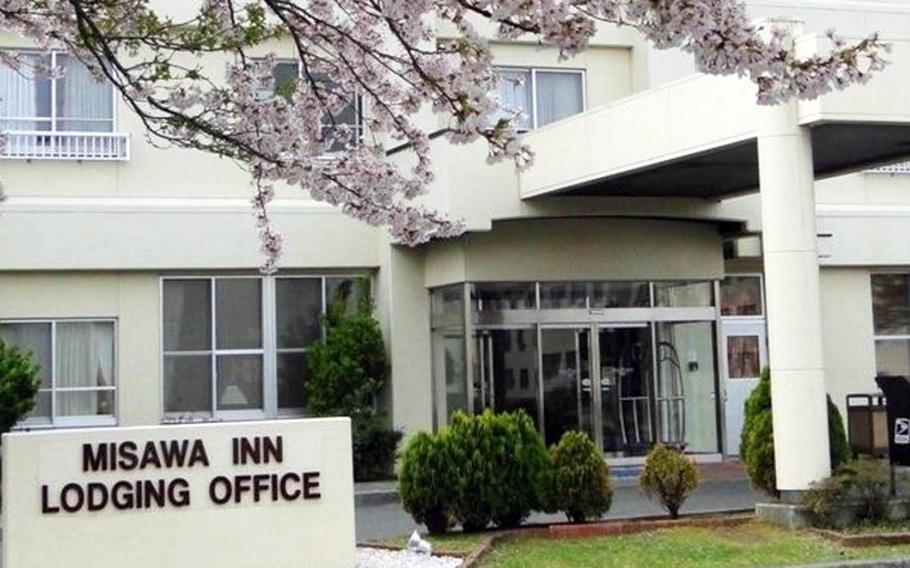 A U.S. civilian was arrested Tuesday, Nov. 29, 2016, after a Japanese woman was reportedly injured during an altercation at a lodging facility at Misawa Air Base, Japan. (Screenshot from Air Force Inns)

A U.S. civilian is in custody after a Japanese woman was reportedly injured during a "physical altercation" at Misawa Air Base, Japan.

The unidentified civilian, an employee at the Army’s nearby Shariki Communication Site, is accused of assaulting the woman, who works at the Misawa Inn, and another Japanese base employee at the lodge at 1:47 a.m. Tuesday.

The victim was treated for minor injuries at the base’s urgent-care center before being taken to a Japanese hospital, Air Force officials said. The other person involved was not injured.

"This is a regrettable incident and our thoughts are with our two dedicated employees," said Col. R. Scott Jobe, 35th Fighter Wing commander. "They are valued members of our Misawa family. The safety of our personnel is always a top priority."

Local Japanese police said they plan to question the civilian, who remained in custody at the air base on voluntary basis on Wednesday.