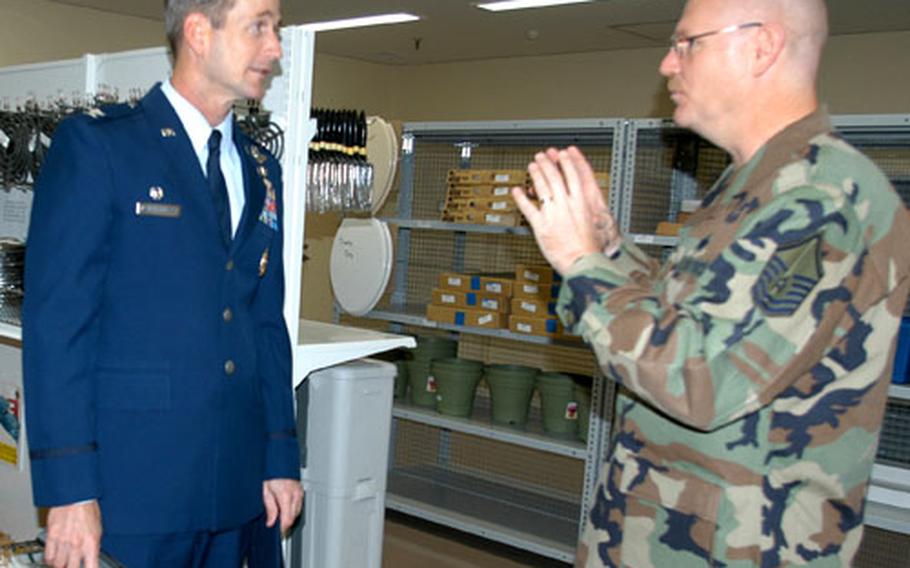 MISAWA AIR BASE, Japan &#8212; The workplace for more than 800 U.S. military personnel and Japanese nationals here is much improved due to a $43.7 million construction project funded by the Japanese government.

On Tuesday, members of the 35th Civil Engineer Squadron celebrated the official opening of their new complex with speeches, a ribbon cutting, refreshments and a tour of the place.

&#8220;Old&#8221; in this case doesn&#8217;t just mean former. Civil engineers at Misawa previously occupied scattered facilities that were built in 1948 and 1949 and known for leaky roofs and lack of heating.

As O&#8217;Shaughnessy told the large crowd of civil engineers gathered in one of the complex&#8217;s new storage hangars, the squadron deserved better.

The squadron began moving into the new facility in May.

The new complex gives the squadron 220,000 square feet, about twice the size of the previous complex. Five facilities were built: administration, operations and maintenance, self-help and covered storage, horizontal and entomology.

Having the civil engineer shops less spread out with more storage space should translate into better customer service, he added.

Base officials said most of the old civil engineer facilities would be demolished. The new complex was funded through the Japanese Facilities Improvement Program. The U.S. Army Corps of Engineers oversaw construction.