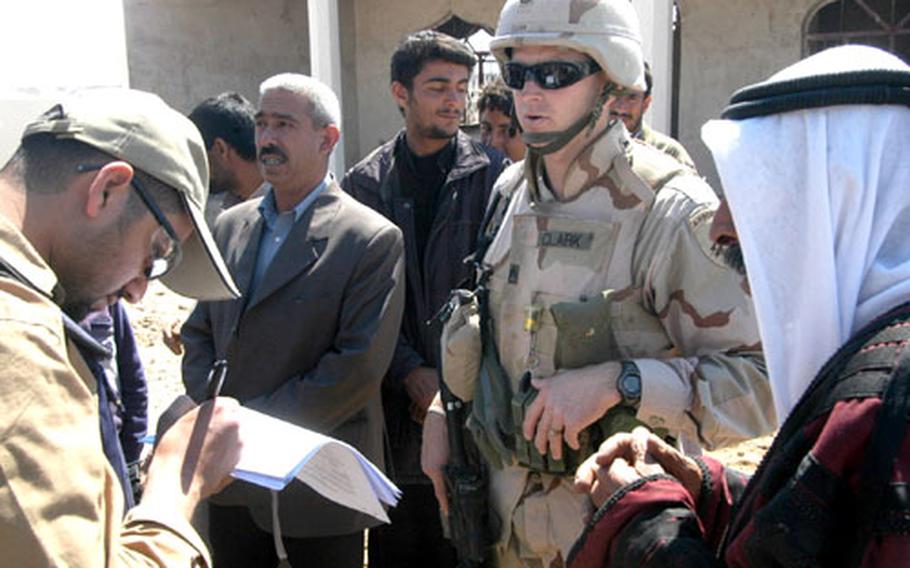 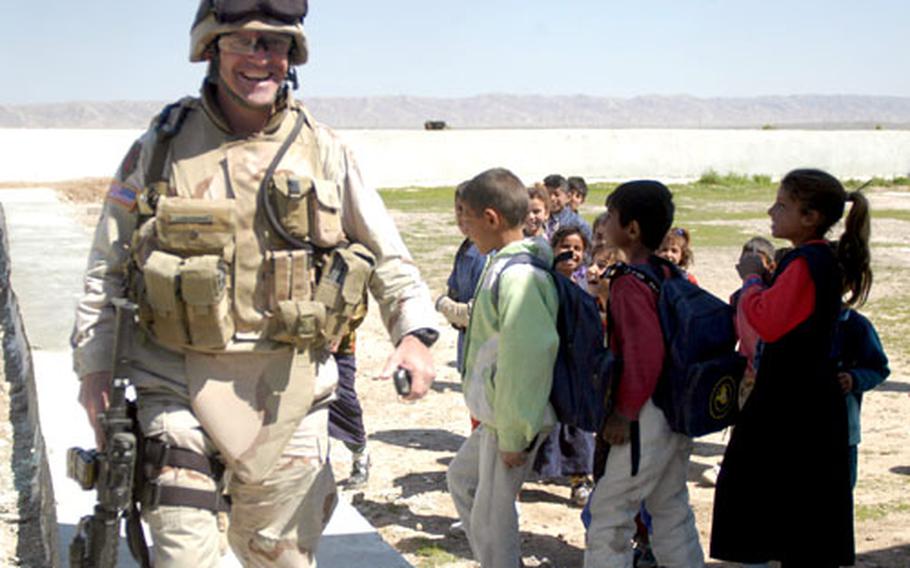 Master Sgt. Kevin Lieberman of Hacienda Heights, Calif., and the 426th Civil Affairs Battalion gets a chuckle from some young admirers during an inspection of a soccer stadium in Al-Alam, Iraq. (Charlie Coon / S&S) 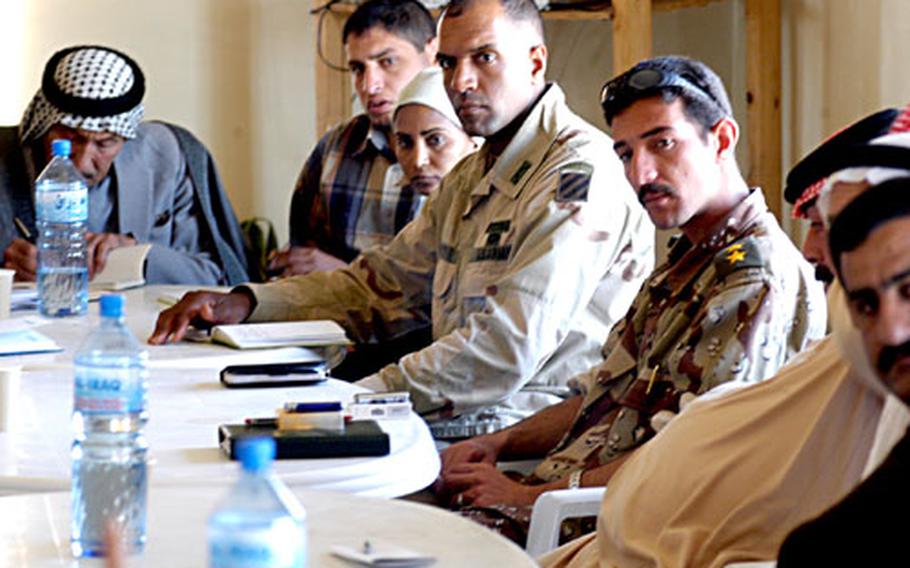 AD-DALUIYAH, Iraq &#8212; For Iraqis being taught to pull themselves up by their bootstraps, the treat is money. Teaching them a new way of doing business is the trick.

Before, &#8220;small government&#8221; in Iraq meant knowing someone close to Saddam Hussein.

There is a small government now in Ad-Daluiyah, a city of 30,000 just south of Forward Operating Base McKenzie and about 30 miles north of Baghdad. It has a water &#8220;minister&#8221; who is supposed to get broken water mains fixed, an oil &#8220;minister&#8221; to build gas stations, and so on. As in the United States, there is a city council in place to dole out the money and oversee the work.

Since U.S. taxpayers are footing the bill, U.S. soldiers oversee the city council. They make sure that the lucrative jobs are awarded fairly, money is accounted for and workmanship is acceptable.

In a country where even Saddam&#8217;s former palaces have doors that don&#8217;t shut properly, ensuring good workmanship is a big trick.

Last week, a civil affairs team stopped in Al-Alam to see if the $111,000 given to an Iraqi contractor to spruce up a soccer stadium was being well spent.

During a previous inspection, it was found that the new concrete walkway had been built two feet wide instead of four feet. The contractor had tried to save money and increase his profit.

&#8220;Every now and then, you get lucky and find an exceptional contractor. But for the most part this is what you get.&#8221;

For U.S. forces to leave Iraq, according to the Bush administration, the Iraqi people will have to be able to fend for themselves. For civil affairs soldiers, that means training Iraqis to conduct fair business and, eventually, pay for projects using money from Iraq&#8217;s oil reserves instead of U.S. taxpayer dollars.

Others, he said, such as the old sheiks, aren&#8217;t catching on. If their tribe isn&#8217;t awarded a contract to a project, even to something such as a new school or clinic, the project could suffer a dismal fate, even after they are completed.