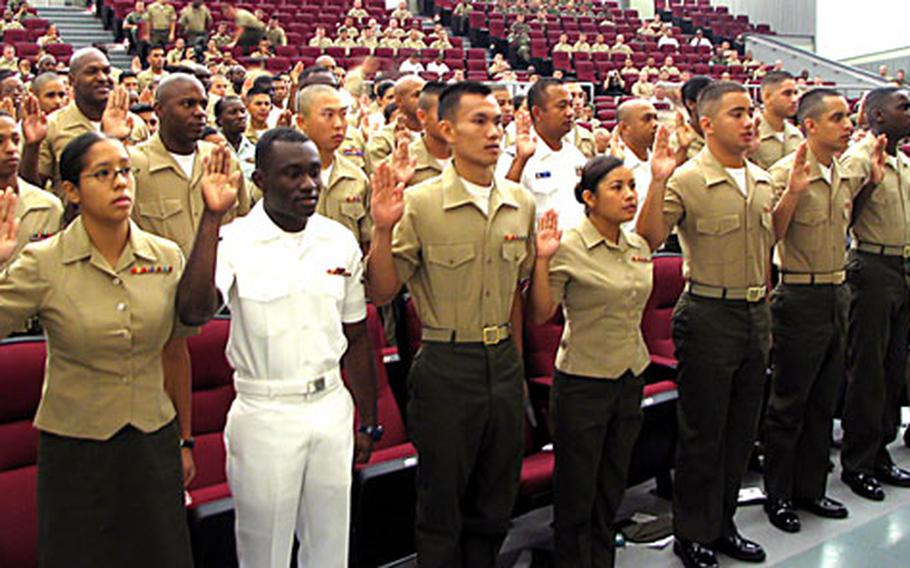 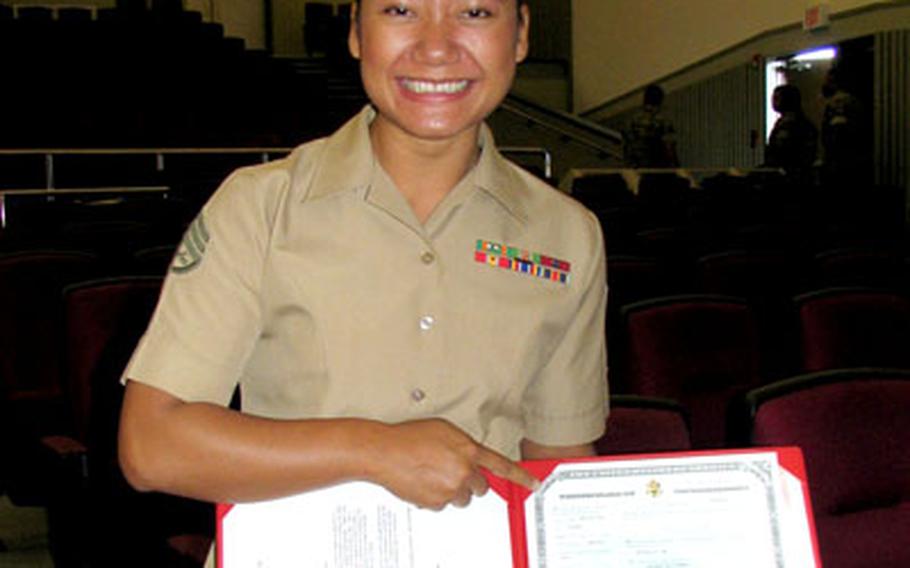 Marine Staff Sgt. Suki Forbes is aglow with pride Friday after being sworn in as an American citizen. Forbes’ family is from Laos. (David Allen / S&S) 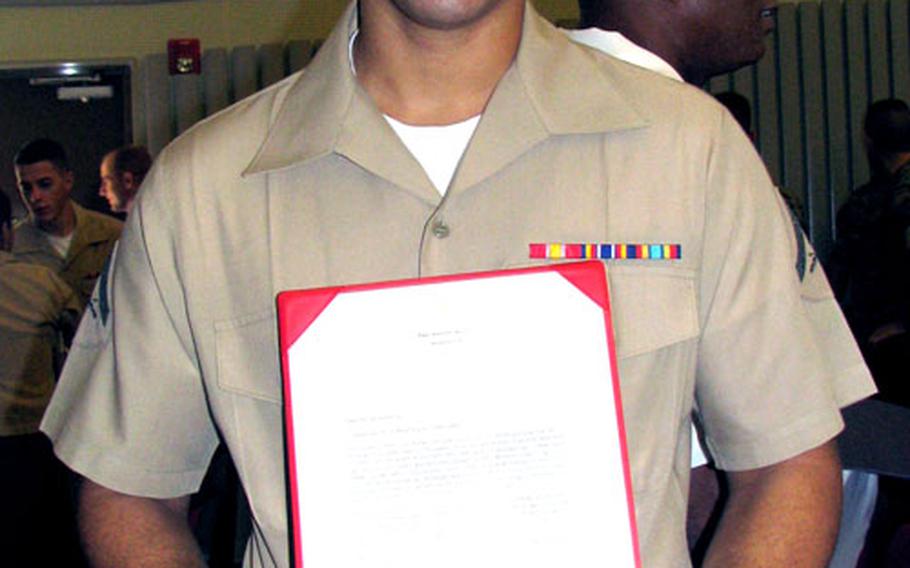 Two hours later they walked out clad in the same military uniform &#8212; only now it was of their country.

In a mass swearing-in ceremony, U.S. Consul General Thomas Reich told the foreign-born soldiers, sailors and Marines they had become American citizens and members of &#8220;the world&#8217;s greatest democracy, where everyone has the chance to succeed.&#8221;

Reich noted 45,000 foreign nationals are in the armed services &#8220;answering a call greater than self.&#8221; He thanked them not only for serving in war zones such as Iraq and Afghanistan, but for their selfless response to natural disasters throughout the world and for saving countless lives.

The new Americans came from 33 different nations and myriad backgrounds.

For Lance Cpl. Randy De Los Santos Ramirez, 20, of the 3rd Force Service Support Group, the background is the Dominican Republic, a country his family left in 1995 to find a better life in Miami, Fla. A Marine for almost two years, Ramirez said it felt good to be an official American.

Staff Sgt. Suki Forbes, 29, was just a child when she crossed the Mekong River with her mother and brother, fleeing the civil war in Laos in 1979. She doesn&#8217;t remember much of the refugee camp or their eventual reunion with her father, a Laotian general who escaped from a concentration camp six months later and joined them on their trek to Dallas, Texas, and a new life.

Forbes, now with Marine Corps public affairs, grew up in Milwaukee and has been a Marine for 12 years.

She said she always had wanted to be a naturalized citizen but living a Marine&#8217;s hectic life, she never stayed in one place long enough to get all of her paperwork in order.

The change came with the July 2002 executive order allowing all who were servicemembers serving on or after Sept. 11, 2001, to apply for expedited U.S. citizenship. And a new law in 2004 dropped the $310 citizenship application and fingerprint fee and opened the door to letting servicemembers complete the process at U.S. embassies, consulates and military installations overseas.